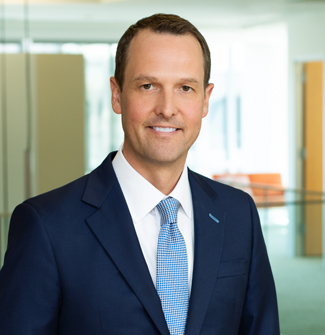 Prior to joining Orrick, Andy was an in-house legal counsel for the largest Washington state business association and an appellate attorney for a firm where he practiced land use, environmental and administrative law.

Last month, Colorado Governor Jared Polis signed a law repealing a provision of the Colorado Antitrust Act that prohibited challenging a merger under state law where the federal antitrust agencies did not also challenge the merger. This action is another sign that state Attorneys General are prepared to more aggressively enforce state antitrust laws, increasing the likelihood of divergent federal and state merger enforcement priorities and outcomes.

There are two complementary merger enforcement regimes. The federal regime, enforced by the Department of Justice (DOJ) and Federal Trade Commission (FTC), and the state regime which the state Attorneys General enforce. The Hart-Scott-Rodino Act’s pre-merger notification and waiting period requirements apply to the federal merger enforcement regime but do not apply to a state merger challenge. Generally, states may investigate a merger at any time, even after it has been consummated.

Historically, federal and state antitrust authorities have taken a cooperative approach to merger enforcement, working together to investigate and litigate proposed mergers. Playing more of a supporting role, the states typically deferred to the federal agencies’ enforcement decisions. For example, the DOJ and various states jointly investigated and successfully litigated the Anthem/Cigna merger. More recently, however, federal and state merger enforcement has diverged, most notably when several states filed an action challenging the T-Mobile/Sprint merger before the DOJ had completed its investigation. Anecdotally, line attorneys in state antitrust units have reported rising tensions with DOJ.

This recent divergence has been driven in part by a perception among many state AGs that DOJ and FTC have been under-enforcing federal antitrust law, particularly in the high-tech sector. Colorado and other states that have a record of more aggressive antitrust enforcement include New York, California, Texas and Washington. They and other states may be more willing to fill the void when they believe federal agencies have failed to act.

Given the increasing independence and assertiveness of state Attorneys General, merging parties cannot ignore their concerns. The strategic and practical considerations of state antitrust review should be on every checklist for a merger or major acquisition.