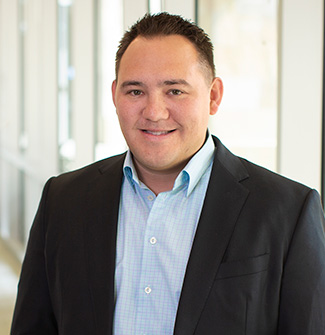 Partner
Silicon Valley
jasonyu@orrick.com
Read full biography at www.orrick.com
Jason Yu is a partner and a member of the Intellectual Property Group. He is a litigator who focuses primarily on complex patent and trade secret litigation matters as well as inter partes proceedings before the Patent and Trademark office.Jason has represented technology companies in multiple venues, including various state and federal courts, the International Trade Commission, and the Patent and Trademark office. His matters span different technological areas including, Information Technology, satellite communications, semiconductor manufacturing, circuit design and verification tools, image texture and graphics processing, gaming, and a variety of software products.

The Ninth Circuit recently certified a question to the California Supreme Court regarding the scope of California Business & Professions Code Section 16600.  As readers of the Orrick Trade Secrets Watch blog are likely aware, Section 16600 states that “[e]very contract by which anyone is restrained from engaging in a lawful profession, trade or business of any kind is to that extent void.”  Pursuant to this statute, California courts have struck down a number of restrictive covenants in contracts with employees in California, including non-compete provisions, customer non-solicit provisions, and certain employee non-solicit provisions.  The Ninth Circuit now wants to know whether the statute should apply to an agreement between two businesses.  The Supreme Court’s answer may have significant effects on business agreements and collaborations in or involving California.

The question arises in a recent case, Ixchel Pharma LLC v. Biogen, Inc., where the plaintiff sought to apply Section 16600 to an agreement limiting a pharmaceutical company’s ability to develop a new drug.  In 2016, Ixchel and a third-party company, Forward Pharma, entered into a collaboration agreement to develop a new and potentially profitable drug.  The collaboration agreement stated that Forward had the ability to terminate the agreement at any time by written notice.

Ixchel subsequently filed suit against Biogen asserting claims for interference with contract, interference with prospective economic advantage, and unfair and unlawful business practices.  As a predicate for its unlawful business practices claim, Ixchel argued that Biogen entered into an agreement that violates Section 16600.  Specifically, Ixchel argued that the provision in the agreement with Biogen restricting Forward from working on the new drug violates Section 16600.

According to Ixchel, the statute applies to provisions that restrain “anyone” from engaging in lawful business.   Although “anyone” is not defined in the statute, Ixchel contends it should indeed mean “any” person and that other statutes regulating competition define “person” to include “a corporation, partnership, or other association.”  The district court disagreed.  It found that Section 16600 does not apply outside of the employer-employee context and dismissed the case.  Ixhcel appealed and the Ninth Circuit, after argument, certified this question to the California Supreme Court.

Applying Section 16600 to invalidate provisions in business-to-business agreements could have significant implications for all California businesses and firms doing business in California.  According to Biogen, for example, such a ruling would be contrary to the rule of reason in the federal antitrust context and could jeopardize any joint venture, lease, distribution agreement, or license agreement, as well as other widely used business agreements in which a business voluntarily limits the scope of its operations geographically, by sector, or otherwise.

When the California Supreme Court takes up certified questions, it generally requires separate briefs and oral argument.  The time to resolution varies among cases, but Antitrust Watch will keep an eye on the issue and provide updates as it develops.