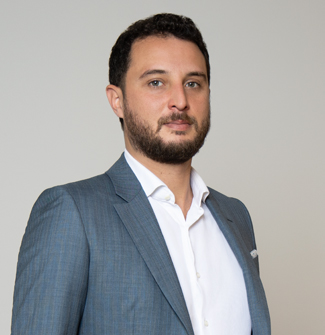 Malik Idri is a Competition lawyer in Orrick's Paris office.

Malik is an abuse of dominant position specialist, with a particular focus on the telecommunication sector. He dedicated his doctoral thesis to the opening up of competition of the French phone network and he worked at the French sector regulator (ARCEP). He also has advised SFR on a number of litigation matters including the Orange’s sentence to pay the highest fine ever imposed by the French competition authority for abuse of dominant position.

Malik spent seven years at Clifford Chance where he also developed a deep knowledge of the distribution sector, in particular on suppliers and distributors’ relationships and private enforcement cases.

Malik is a regular lecturer at the ESSEC, where he graduated and he regularly publishes articles.

Margrethe Vestager, head of the European Union’s Directorate-General for Competition (“DG Comp”), recently announced that the EU was once again investigating actions of a high-profile tech company – Amazon.

During a press conference held in Brussels in September, Commissioner Vestager affirmed that DG Comp had already sent questionnaires to market participants and started looking into Amazon’s potential abuse of dominance. However, DG Comp has not yet opened a formal case. As the Commissioner stated, “[t]hese are very early days and we haven’t formally opened a case. We are trying to make sure that we get the full picture.”

This investigation comes only a year after Amazon was found to have received illegal state aid through tax rulings of the State of Luxembourg, which was then ordered to recover more than €250 million.

The Issue at Stake

It is no secret that Amazon wields significant influence in retail e-commerce. The tremendous visibility of Amazon’s platform around the world attracts many third-party sellers and enables the company to act as both seller and host.

The recurrent concerns on the market relate to the dual nature of the Seattle-based company. The issue put forward by Commissioner Vestager concerns the use of third-party sellers’ data by Amazon as a host to increase the efficiency of Amazon as a seller.

How? Easy as pie. When a product sells well, Amazon is immediately informed through the data it collects, and the company then simply needs to adjust its own offerings and lower the price of its similar house-made products.

One could argue that these practices could put third-party vendors at a disadvantage and potentially amount to anti-competitive abuse of a dominant position under article 102 of the TFEU.

Because Amazon is active in many different markets – as retailer, book publisher, marketing platform, host of cloud server space and in the television industry – its global strategy is to expand its integration across many business lines, exploiting the data it collects and being aggressive on pricing. The company appears to encourage growth over profits.

Those practices have been questioned over the past years. For instance, Lina M. Khan recently published an article in The Yale Law Journal discussing the alleged predatory pricing behavior of Amazon and related vertical relationship issues. For Ms. Khan, there is an ambient underappreciation of the risk to competition posed by the company, due, maybe, to an outdated vison of market power.

After Commissioner Vestager’s conference, it seems that the EU has taken preliminary steps to assess these risks.

DG Comp has only one toolbox: the EU treaties. Commission Vestager, however, proved to the world that there are many, many tools in this box.

Under Commissioner Vestager’s mandate, Google has been fined (twice) a total of almost $8 billion for abuse of dominance, Apple has been asked to reimburse the Irish State more than $14 billion in illegal State Aid and Facebook was sanctioned €110 million for providing misleading information about the WhatsApp takeover.

In reality, these cases point out the viability of EU competition instruments. The EU State Aid regime is precise and strong enough to catch hidden favorable tax schemes while venerable Article 102 is still able to catch unfair market practices, even those put in place in a new, digital economy.

Last but not least, it seems that EU Commissioner Vestager has found an impromptu ally in the war for fair competition: President Donald J. Trump himself, who recently argued in favor of antitrust actions against Amazon as part of an effort to exert more control over powerful multinationals.

This may be the first time when U.S. and EU antitrust agencies align their views toward a tech giant. That may not be not the kind of first-time attention Amazon would like.