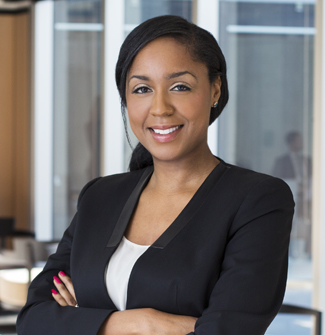 Saira advises on EU and UK competition law matters, including merger control and anti-competitive conduct (cartels, abuse of dominance and other restrictions on competition).

She has acted for clients in a broad range of sectors, including in the technology, telecommunications, consumer goods, energy and financial sectors.

Client testimonials from Legal 500 UK's 2021 edition include the following: “Saira Henry excels in her command of legal analyses. Very good at handling complex and difficult legal issues and has a good oversight of all aspects of a case. Combines analytical skills and creativity with significant industry knowledge and is very solution oriented.” She has been referred to as a “true standout” and her work as “excellent.”

Saira undertook a secondment at the UK’s Competition and Markets Authority from December 2018 – May 2019.

Saira previously worked at Freshfields Bruckhaus Deringer LLP in their Brussels office as an associate.

Watch a recording of the discussion here and listen to this experienced panel share their views on points such as what businesses should do now if they are concerned that a transaction may fall within the scope of the regime, the timing of the Bill, definition of “national security”, changes to the structuring of transactions, expectations on the newly-created Investment Security Unit and whether this is the first of a suite of legislation and policy that we will see from the government to address national security concerns in transactions involving entities or assets with links to the UK.

The Competition and Markets Authority (“CMA”) has published a guidance document explaining how Brexit, or “EU Exit,” will affect its ‘powers and processes’ for competition law enforcement (antitrust, including cartels), merger control and consumer protection law enforcement during, towards the end of and after the Transition Period (the “Guidance”). The Guidance also explains how ‘live’ mergers and ‘live’ antitrust cases being reviewed by the European Commission (the “Commission”) or the CMA during and at the end of the Transition Period will be treated.

In this post, we provide an overview of the key takeaways in relation to merger control and antitrust.

The CMA considers the Guidance to be a ‘live’ document subject to change “in light of further political and legal developments.”

The Guidance is available here: https://www.gov.uk/government/publications/uk-exit-from-the-eu-guidance-on-the-functions-of-the-cma-under-the-withdrawal-agreement

On 6 August 2019, the UK’s Competition and Markets Authority (the “CMA”) imposed an ‘Unwinding Order’ on a U.S. company, Bottomline Technologies (de), Inc (“Bottomline”), active in the business payment automation technology space, and its UK subsidiary (“Bottomline UK”), in connection with its investigation into Bottomline’s completed acquisition of Experian Limited’s Experian Payments Gateway business (the “EPG Business”). The acquisition was completed on 6 March 2019.

An ‘Initial Enforcement Order’ or ‘IEO’, preventing further integration, had already been imposed on Bottomline and Bottomline UK on 22 May 2019.

The Unwinding Order imposes obligations in relation to the handling of information:

The Unwinding Order remains in force until it is varied or revoked.

This matter reminds us of the risks inherent in proceeding to complete a transaction without having obtained CMA clearance, i.e. the risks of the CMA investigating a transaction (that has been legally completed) and imposing disruptive measures pending the outcome of its investigation. At a more general level, the difficulties of reversal are relative to the scale of implementation and would be far more difficult for instance if employee’ contracts have been terminated, or supply/customer contracts novated or terminated. A careful assessment of whether to voluntarily notify the CMA of a transaction prior to completion should therefore be conducted in respect of transactions involving overlapping businesses in the UK.

The UK government considers that transactions in the following sectors can raise national security concerns:

1. quantum technology;
2. computing hardware; and
3. the development or production of items for military or military and civilian use.

The possibility for a claim to be brought against the European Union (the “EU”) as a result of “damage” caused by its institutions is enshrined in Article 340 of the Treaty on the Functioning of the European Union (“TFEU”).  In a General Court judgment of 10 January 2017, Case T-577/14 Gascogne Sack Deutschland and Gascogne v European Union (EU:T:2017:1), the appellants successfully brought a claim for material and non-material harm suffered as a result of the “excessive” length of the judicial proceedings in the context of an appeal against a European Commission (“Commission”) decision of 30 November 2005.

The timing of the process was as follows. On 23 February 2006, two entities from the Gascogne group filed appeals before the General Court against the Commission decision of 30 November 2005 finding the existence of a cartel in the plastic industrial bags sector in a number of Member States. The written procedure of the General Court proceedings in each of these cases ended in February 2007 and the oral procedure began in December 2010. The appeal was not dismissed by the General Court until 16 November 2011.  END_OF_DOCUMENT_TOKEN_TO_BE_REPLACED

Rightly considered to be a “once in a generation decision,” the UK electorate will on 23 June 2016 have a chance to vote on whether the UK should remain a member of the European Union (“EU”).

This upcoming referendum has resulted in emotional rhetoric and heated discussions in the media (and no doubt around dining tables throughout the UK and elsewhere) on which way to vote, and why. However, what is striking to us is the relative lack of focus on the legal implications of so-called “Brexit,” including on EU and UK competition law.