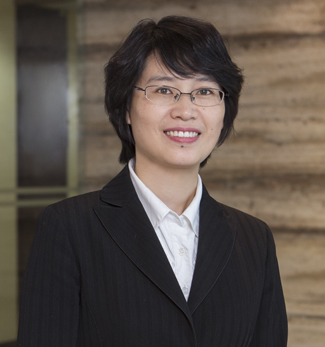 September 1, 2019 may be seen as a new starting point for the enforcement of China’s antitrust and competition laws. On this date, three new sets of rules and regulations (the “Three New Regulations”) took effect, which were issued by China’s newly formed competition authority, the State Administration for Market Regulation (“SAMR”): [1]

The Three New Regulations are expected to provide clear guidance for the SAMR and the provincial market supervision departments in their enforcement of China’s Anti-Monopoly Law (“AML”).[3]

It is believed that the Three New Regulations will further enhance the fairness, standardization and transparency of AML enforcement.

The New Regime vs. the Old – A Comparison

[1] Year 2018 is the 10th year of implementation of China’s Anti-Monopoly Law (“AML”), and it is also the year seeing China’s new round of administrative system reform. This round of reform directly led to a major change in China’s AML implementation mechanism, namely the establishment of SAMR, into which the duties of anti-monopoly law enforcement agencies originally dispersed throughout the National Development and Reform Commission (“NDRC”), the former State Administration for Industry and Commerce (“SAIC”) and the Ministry of Commerce (“MOFCOM”) were integrated. The SAMR now assumes the unified functions for AML enforcement.

[6] See Anti-monopoly Bureau, A Chart to Understand the Interim Provisions on Prohibiting the Acts of Eliminating or Restricting Competition by Abuse of Administrative Power, August 30, 2019, available at http://gkml.samr.gov.cn/nsjg/xwxcs/201908/t20190830_306386.html.

On March 13, 2018, China’s Ministry of Commerce (“MOFCOM”)[1] announced its Conditional Approval following antitrust review of a concentration of undertakings relating to Bayer’s proposed merger with Monsanto (“Merger”) (Bayer and Monsanto are hereinafter collectively referred to as the “Parties”). This matter, plus three other mergers approved with restrictive conditions by MOFCOM or SAMR in 2018, suggests some trends in China’s approach to antitrust merger review, as discussed below.[2]

In the Bayer/Monsanto matter, the Parties filed a declaration on concentration of undertakings with MOFCOM on December 5, 2016. Afterwards, the Parties withdrew and refiled the declaration twice, and MOFCOM’s review period for each refiled declaration was extended once, with the last one extended to March 15, 2018, which indicates the complexity of the Merger and the antitrust review.

According to Article 27 of the Anti-Monopoly Law, the Ministry of Commerce conducted an in-depth analysis of the impact of the Merger on market competition from the following aspects, among others: (i) the market concentration of the relevant market; (ii) the market share and the control of the market by the participating operators in the relevant market; (iii) the impact on market entry and technological progress; and (iv) the impact on consumers and other relevant operators. MOFCOM solicited opinions from relevant government departments, industry associations, downstream customers and industry experts, and held multiple symposiums to understand relevant market definitions, market participants, market structures, industry characteristics, etc. Based on its analysis, MOFCOM believed that the Merger would or might have the effect of eliminating or restricting competition in the four markets, as mentioned above.

MOFCOM then timely informed the Parties of its review opinions and conducted multiple rounds of negotiations with the Parties on how to reduce the adverse impact of the Merger on competition. For the restrictive conditions submitted by the Parties, MOFCOM, in accordance with the “Provisions of MOFCOM on Imposing Additional Restrictive Conditions on the Concentration of Business Operators (for Trial Implementation),” evaluated mainly the following aspects, among others: (i) the scope and effectiveness of divested business; (ii) the divested business’ continuity, competitiveness and marketability; and (iii) the effectiveness of conditions requiring actions to be taken. On March 13, 2018, after evaluation, MOFCOM decided to approve the Merger with additional restrictive conditions, requiring Bayer, Monsanto and the post-merger entity to fulfil the following obligations:

This case, as well as the other three mergers approved with restrictive conditions by MOFCOM or SAMR in 2018, suggests the following trends in China’s antitrust review of mergers:

[2] See Announcement No. 31 [2018] of the Ministry of Commerce – Announcement on Anti-monopoly Review Decision concerning the Conditional Approval of Concentration of Undertakings in the Case of Acquisition of Equity Interests of Monsanto Company by Bayer Aktiengesellschaft Kwa Investment Co. [Effective], available at http://fldj.mofcom.gov.cn/article/ztxx/201803/20180302719123.shtml.

Shelley Zhang, an Orrick partner based in Beijing, recently published in Competition Law360 an article discussing the first year of the China State Council’s fair competition review system, which is designed to foster the development of competitive markets throughout China.  A link to the article appears here.

END_OF_DOCUMENT_TOKEN_TO_BE_REPLACED

In June 2016, China’s State Council issued its Opinions of the State Council on Establishing a Fair Competition Review System During the Development of Market-oriented Review System (“Opinions”).[1]  The fair competition review system (“FCRS”) that the Opinions contemplate is designed to protect against the potential abuse of administrative power by Chinese government agencies that could result in anti-competitive effects.  In other words, the FCRS is supposed to constrain government activities from unduly influencing market competition, consistent with the prohibition that China’s Anti-Monopoly Law places on such conduct.[2]

END_OF_DOCUMENT_TOKEN_TO_BE_REPLACED

Although China and Japan have very different histories regarding their antitrust laws, antitrust enforcement officials from the two countries have recently taken steps to open a formal dialogue. This is a welcome development for Chinese and Japanese companies, as well as for foreign companies that do business in China and Japan, and it continues the trend of increased communication, cooperation and coordination among national enforcement agencies. There remains an open question, however, as to how convergence among Asian antitrust enforcement agencies will affect possible convergence with agencies in the United States, the European Union and the rest of the world.

END_OF_DOCUMENT_TOKEN_TO_BE_REPLACED

ecognizing concern that the Chinese government intervenes excessively into markets and private economic activities, the China State Council recently released opinions directing the implementation of a fair competition review system (“FCRS”), which is intended to moderate administrative authorities’ issuance of regulations and minimize the government’s interference in China’s economy. Although the CRS has been hailed as “a key step to establish the fundamental status of competition policies,”[1] its success will depend on how it is implemented.

On June 1, 2016, the Opinions of the State Council on Establishing a Fair Competition Review System During the Development of Market-Oriented Systems (“Opinions”) were promulgated and became effective.  The Opinions note that enforcement of current laws sometimes entails “local protectionism, regional blockade, industry barriers, business monopoly, granting preferential policies in violation of the law or illegally prejudicing the interests of market players, and other phenomena contrary to the efforts of building a unified national market and promoting fair competition.”  These so-called “administrative monopolies,” which often are at issue in cases investigated under the Anti-Monopoly Law (“AML”), are at cross purposes to the AML.  In an effort to reduce or eliminate obstacles to economic development, the Opinions call for limiting the government authorities’ administrative powers, establishing the FCRS, preventing new policies and measures that exclude competition, and gradually revising and ultimately abolishing existing provisions that impede fair competition.