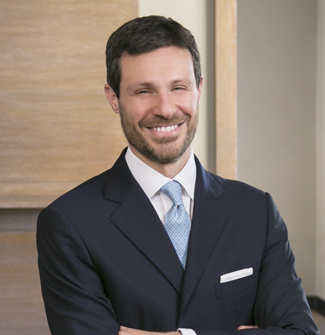 Partner
Rome
rricozzi@orrick.com
Read full biography at www.orrick.com
Raul Ricozzi is an Italian qualified lawyer and a partner in Orrick's Rome office. He is a member of the Banking & Finance Group.

Raul has 20+ years experience in project financing, leveraged and asset financing, debt issues (with a particular focus on "green bonds"), and securitization, mainly acting for banks and underwriters.

Raul advised on some other groundbreaking transactions in the Italian market: the first public lighting infrastructural "green bond" (listed on the Italian Stock Exchange ExtraMOT Pro segment), the first securitization by a P2P consumer lending platform, as well as the first ship construction financing for the largest Italian shipbuilding company.

He also advised on the establishment of the first space-economy venture capital fund in Italy.

He has worked on cross-border transactions in many countries, including in Africa.

He was also a visiting lawyer in a leading Italian law firm in Brussels (Belgium) in 2000, having been chosen by the University of Rome, "Tor Vergata," for the "EU Leonardo da Vinci" scholarship.

In 1994, Raul attended one semester in "Johannes Gutenberg Universität" of Mainz (Germany) through an EU "Erasmus" scholarship.

On January 18 the English Supreme Court refused to grant Comune di Prato (“Prato”), an Italian local authority with responsibility for the municipality of Prato in Tuscany, permission to appeal a 2017 decision of the Court of Appeals in favor of Dexia Creditop SpA (“Dexia”), Prato’s swap counterparty.[1] This decision brings to an end a long-standing dispute that was one of many involving swaps entered into by Italian municipalities between 2001 and 2008, when the onset of the financial crisis triggered defaults and brought increased scrutiny to the derivatives market.[2]

The decision of the Court of Appeals, together with the determination by the Supreme Court not to allow further appeal, may provide greater certainty as to the narrow scope of Article 3(3) of the Rome Convention, particularly in respect of derivatives agreements documented under standard documentation that are governed by English law. END_OF_DOCUMENT_TOKEN_TO_BE_REPLACED