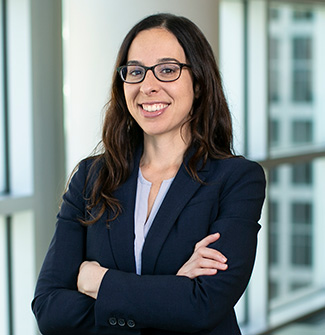 Clients rely on her agile strategies, which take into account companies’ specific business goals and the quickly evolving universe of federal, state, and local employment laws. By combining the big picture with the most minute details, Alexandra offers her clients the best possible path forward.

Alexandra has litigated a variety of federal and state court class actions, covering wage and hour, equal pay, and FCRA issues. She has also helped clients with single-plaintiff litigation involving, for instance, breach of contract, discrimination, and equal pay claims.

Prior to Orrick, she clerked for the Honorable William B. Shubb in U.S. District Court in Sacramento.

On May 19, 2020, the Occupational Safety and Health Administration (OSHA) issued new enforcement guidance on employers’ recording obligations. The guidance clarifies when employers must record cases of COVID-19 as an occupational respiratory illness on the OSHA log. Effective Tuesday May 26, 2020, this new guidance supersedes the previous guidance from April 10, 2020. END_OF_DOCUMENT_TOKEN_TO_BE_REPLACED

On December 10, the California Supreme Court issued an impactful decision for the healthcare industry. In Gerard v. Orange Coast Memorial Medical Center, the unanimous Court endorsed the Hospitals’ meal break policy, over which the parties had battled for more than a decade.

The policy permitted employees who worked shifts longer than 10 hours to voluntarily waive one of their two meal breaks, even if their shifts lasted more than 12 hours. The Plaintiffs alleged the meal period waivers they signed were illegal because under the California Labor Code, waivers were not permissible for shifts greater than 12 hours.

END_OF_DOCUMENT_TOKEN_TO_BE_REPLACED

Last year, the California Fair Employment and Housing Council proposed new regulations on an employer’s consideration of criminal history in making employment decisions. Those regulations were approved this year by the Office of Administrative Law after a period of public comment and are due to become effective on July 1.

With some exceptions, the ADEA applies to the U.S.-incorporated subsidiaries of foreign corporations. It remains unsettled whether employees can sue foreign parent companies of U.S. subsidiaries for age discrimination under the ADEA. Recently, in Downey v. Adloox Inc., Case No. 16-CV-1689 (JMF) (S.D.N.Y. Feb. 28, 2017), the U.S. District Court, Southern District of New York, found that the plaintiff plausibly alleged age discrimination under the ADEA against both his United States employer and its French parent company on a “single-employer” theory.