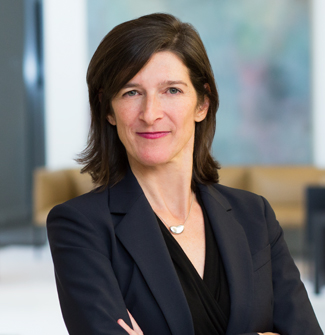 Amy Walsh, a partner in Orrick’s New York office, is the former Chief of the Business and Securities Fraud Section of the United States Attorney’s Office for the Eastern District of New York.

Prior to entering private practice, Ms. Walsh was an Assistant United States Attorney for 12 years in the United States Attorney’s Office for the Eastern District of New York, where she led dozens of investigations and cases on behalf of the government, and supervised several sections within the Office.

Ms. Walsh is a trusted advisor to her clients, who hire her to handle matters involving government and internal investigations.

Throughout her time in private practice, Ms. Walsh has represented individuals and institutions in government investigations, enforcement actions, and prosecutions conducted by various government agencies including the U.S. Department of Justice, the Securities and Exchange Commission, the Commodity Futures Trading Commission and the Internal Revenue Service. Ms. Walsh litigates cases in federal and state court, negotiates with representatives of government enforcement agencies, and advises clients on compliance issues.

In addition, Ms. Walsh served as the court-appointed Independent Reviewer in JPMorgan Chase’s settlement with the United States Department of Justice, where she was responsible for ensuring JPMC’s fulfillment of its obligations under the settlement agreement and publicly reporting on JPMC’s compliance.

Ms. Walsh serves as a member of the Board of Directors of the New York Council of Defense Lawyers, and was named by Super Lawyers as one of the top 50 women lawyers in the New York metro area.

As the battle against COVID-19 intensifies, healthcare workers have become vocal about their perceptions of deficiencies surrounding patient care and safety within their workplaces and have expressed their views publicly on social media and other platforms. Videos, photographs, and testimonials underscore employees’ concerns about patient care and the availability of protective gear and other supplies. Healthcare employers have, at the same time, struggled to regulate the flow of information and misinformation about COVID-19 in their facilities. In some cases, healthcare employers have prohibited employees from speaking to the media without express authorization under new or existing policies. END_OF_DOCUMENT_TOKEN_TO_BE_REPLACED