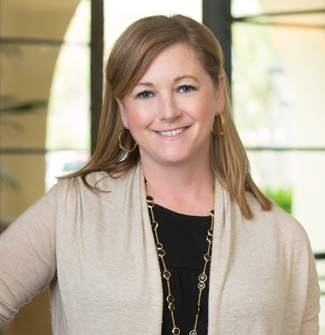 Jessica defends employers from discrimination and harassment claims on the basis of gender, race, religion, disability, age and other protected categories. She recently defeated class certification in cases alleging discrimination against women in technical roles for Microsoft and Twitter, earning her The American Lawyer’s "Litigator of the Week” award. She also won a complete defense verdict for Kleiner Perkins in the highly publicized gender discrimination and retaliation case Pao v. Kleiner Perkins, which the Daily Journal named the year’s ‘Top Verdict.’ Her trial victories also include winning defense judgments in cases involving claims of religious discrimination, retaliation and wrongful termination. Jessica also specializes in pay equity matters, including in designing analyses and advising on compliance and risk mitigation. Clients interviewed by Chambers note, “She's very thorough and knows the details and procedure, without allowing anything to fall through the cracks."

Jessica has a winning record in beating back class certification in high stakes wage-and-hour actions in federal and state court, including those brought under the Private Attorney General Act. Having led over 150 high-stakes wage-and-hour class action matters, Jessica has broad experience on virtually every theory of relief. She also offers strategic guidance to help businesses avoid wage-and-hour litigation, particularly companies in the gig economy industry which can be significantly impacted by such matters.

In addition to litigation and counseling, Jessica has successfully guided clients through investigations and audits by the Department of Labor, California Division of Labor Standards Enforcement and California Employment Development Department, and helped develop compensation policies and measures to reduce potential exposure.

“Sometimes surrender is the best option.” That is how Judge Raymond J. Dearie of the Eastern District of New York begins his opinion in Anjum v. J.C. Penney Co., Inc., before denying J.C. Penney’s motion to dismiss a putative Fair Labor Standards Act (FLSA) collective action based on the company’s offer to pay the claims of four named plaintiffs with offers of judgment under Federal Rule of Civil Procedure 68—a strategy often referred to as “picking off.” Even though the court rejected J.C. Penney’s picking off attempt in this case, the judge’s opinion in Anjum recognizes the validity of this tactic and provides some practical lessons for defense counsel looking to successfully pick off an FLSA collective in the Second Circuit.