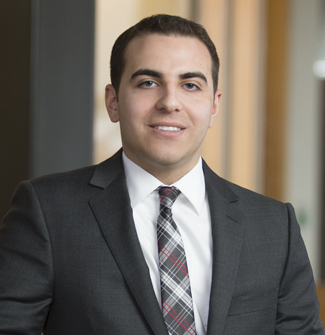 Mike litigates "bet the farm"-style class and collective actions and provides cost-effective solutions to clients with the company's overall business model in mind.

Lawsuits can undermine business strategy.  Mike understands this and approaches legal solutions with a sensitivity towards how litigation may impact the client's overall business goals.  He applies a creative approach in advising clients in several industries, including tech, finance, and retail.

In yet another development in the closely watched case of Rizo v. Yovino, the en banc Ninth Circuit ruled that employers may not defeat a plaintiff’s prima facie case under the Equal Pay Act (EPA) by arguing prior pay is a “factor other than sex” within the meaning of the statute. By doing so, the Ninth Circuit reaches the same result as the previous opinion penned by the late Judge Stephen Reinhardt before his passing in 2018, including overruling Kouba v. Allstate, a prior Ninth Circuit opinion that held that prior pay could justify pay differentials in combination with other factors, and if relied upon reasonably and to effectuate a business policy. The majority opinion further holds that as a matter of statutory interpretation, a “factor other than sex” within the meaning of the EPA must be “job related,” yet it also makes clear that the EPA does not prohibit employers from considering prior pay in making starting pay offers (and in this regard differentiates the opinion from California’s salary history ban). Two separate concurring opinions agree with the result, but they criticize the majority opinion for giving too narrow a reading of the EPA’s fourth “catch all” defense and for embracing a view of prior pay that puts the Ninth Circuit at odds with other circuits and guidance from the U.S. Equal Employment Opportunity Commission (EEOC). END_OF_DOCUMENT_TOKEN_TO_BE_REPLACED

As part of its effort to close gender-based pay gaps, California will now require companies to increase female representation on boards of directors.

Currently, one in four publicly held corporations in California have no women on their boards of directors. SB 826, which Governor Jerry Brown signed into law at the end of September, requires that all publicly held corporations based in California have at least one woman director by December 31, 2019. That is not the end of the requirements; by December 31, 2021, companies with five authorized directors must have a minimum of two female board members, and companies with at least six directors must have a minimum of three females on the board. The California Secretary of State will publish the names of compliant and non-compliant companies on an annual basis. In addition to the “name and shame” provisions, non-compliant companies face fines of $100,000 for the first violation and $300,000 for subsequent violations. END_OF_DOCUMENT_TOKEN_TO_BE_REPLACED

Last year, we covered a Ninth Circuit panel decision which concluded that an employer may rely on prior salary information as an affirmative defense to claims under the federal Equal Pay Act (“EPA”) if “it show[s] that the factor ‘effectuate[s] some business policy’ and that the employer ‘use[s] the factor reasonably in light of the employer’s stated purpose as well as other practices.’” An en banc Ninth Circuit has now reversed the panel’s prior opinion. END_OF_DOCUMENT_TOKEN_TO_BE_REPLACED

As schools across the country prepare for summer break, the Ninth Circuit overturned a lower court decision against the Fresno County public school district which had found that its pay practices were unlawful. Notably, the Ninth Circuit held that an employer may rely on prior salary as an affirmative defense to claims under the federal Equal Pay Act (“EPA”) if “it show[s] that the factor ‘effectuate[s] some business policy’ and that the employer ‘use[s] the factor reasonably in light of the employer’s stated purpose as well as other practices.’” END_OF_DOCUMENT_TOKEN_TO_BE_REPLACED