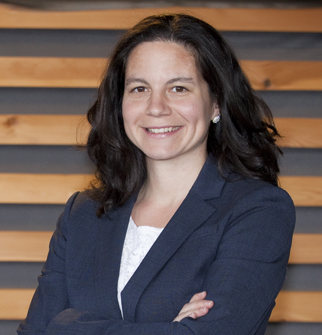 Necia Hobbes is a member of the firm’s employment law group at Orrick’s Global Operations & Innovation Center in Wheeling, West Virginia. She has a broad range of experience litigating in federal, state and administrative courts.

Necia’s employment law practice focuses on federal court discrimination litigation, as well as complex litigation and class actions, including pay equity claims, wage and hour disputes, and OFCCP administrative claims. She handles cases from inception through to appellate briefing and strategy, and assists companies with a variety of compliance-related challenges including internal investigations, pay equity analyses, and government investigations and audits.

Prior to joining Orrick, Necia handled all aspects of general litigation cases at another global law firm including acting as lead counsel in approximately 50 cases in federal, state and administrative courts.

In recent weeks, the Office of Federal Contract Compliance Programs (“OFCCP”) has entered into four major settlements that are notable both for their size, and for highlighting current trends. Each case involved allegations of race and gender-based compensation discrimination, with settlements in the millions: Dell settled for $7 million to resolve the allegations, Goldman Sachs settled for just shy of $10 million, Intel Corporation settled for $5 million, and Bank of America settled for $4.2 million. These amounts represent some of the largest settlements ever reached by OFCCP. END_OF_DOCUMENT_TOKEN_TO_BE_REPLACED

Yesterday, the EEOC announced that it does not intend to renew its request for authorization to collect employers’ pay data on the EEO-1 form in future years. The announcement comes less than three weeks before the September 30th deadline for employers nationwide to submit massive amounts of pay data for 2017 and 2018 (a deadline that is not impacted by the EEOC’s announcement).

The rollercoaster saga of the EEOC’s pay data collection (which we previously reported on including here, here, here, here, here, here, and here) began over three-and-a-half years ago when the EEOC announced in January 2016 its plan to revise the EEO-1 form to collect pay data (Component 2 data). The revised EEO-1 form requires employers to submit data on employees’ W-2 earnings and hours worked across broad job categories, and broken down by ethnicity, race, and sex. While the EEOC contends that the revised EEO-1 form will allow it to better assess pay discrimination, employers have expressed numerous concerns, including that the form may indicate “false positives,” as the broad EEO-1 job categories are not designed to group employees who perform similar work (as defined by federal and state equal pay and anti-discrimination statutes). END_OF_DOCUMENT_TOKEN_TO_BE_REPLACED

2019 is not even two months old and already there are significant developments in equal pay legislation. As we explained recently, there is proposed federal legislation that reignites the battle to pass the “Paycheck Fairness Act.” And now states are getting in on the action with a flurry of legislative activity around pay equity issues – particularly among legislatures that saw a change in party control as a result of the November elections. In fact, a number of states have introduced a variety of pay equity proposals, making clear that salary history bans and wage discussion protections are here to stay. Proposed new legislation also looks to refine the bona fide factors that employers may consider in setting pay, as well as remedies available under the pay laws. END_OF_DOCUMENT_TOKEN_TO_BE_REPLACED

Echoing an increasingly familiar refrain, another district court has declined to certify a class of women bringing pay equity claims on the basis that they did not present a common question capable of producing a common answer to “the crucial question why was I disfavored.” Relying largely upon Wal-Mart Stores, Inc. v. Dukes, the court found certification inappropriate because the putative class members were subject to countless independent decisions involving the judgment and discretion of individual managers. The case also serves as another reminder that courts (including California state courts) will not accept an overly simplistic analysis comparing broad job categories or titles, but will continue to look at actual business practices and job responsibilities to ensure comparators are “similarly situated” so a meaningful pay comparison can be made. END_OF_DOCUMENT_TOKEN_TO_BE_REPLACED

For the second month in a row, the Department of Labor’s Office of Federal Contract Compliance Programs (OFCCP) has issued guidance to update materials available to federal contractors and subcontractors. On September 19, 2018, the OFCCP issued two broad directives aimed at improving transparency and communications and to implement the highly-anticipated ombud service. These directives respond to contractor complaints related to the length and process for OFCCP audits. END_OF_DOCUMENT_TOKEN_TO_BE_REPLACED

This summer, California pay data reporting bill SB 1284 appeared to be progressing quickly through the legislature, until it was tabled by the Assembly Appropriations Committee on August 16, 2018.  The bill, which we reported on earlier this year, would have required employers with 100 or more employees to annually report pay data from employees’ W-2 forms for specified job types and pay bands, broken down by sex, race, and ethnicity.  The bill passed the Senate, and was working its way through the Assembly, where it was amended earlier this month.  END_OF_DOCUMENT_TOKEN_TO_BE_REPLACED

This month, the California Senate held a hearing regarding SB 1284, which would require California employers with at least 100 employees to annually report certain demographic pay data to the Department of Industrial Relations (DIR). Notably, this bill was sponsored by Senator Hannah-Beth Jackson, who also sponsored California’s Fair Pay Act (FPA) (on which we previously reported here, here, here, and here). It was also introduced just a few short months after the Office of Management and Budget’s memo mandating a review and immediate stay of similar reporting requirements at the federal level for the Equal Employment Opportunity Commission (EEOC)’s revised EEO-1 form. The California Senate Judiciary Committee has explained that SB 1284 is “modeled closely” on the revised EEO-1 form. As a result, it suffers from similar flaws. END_OF_DOCUMENT_TOKEN_TO_BE_REPLACED