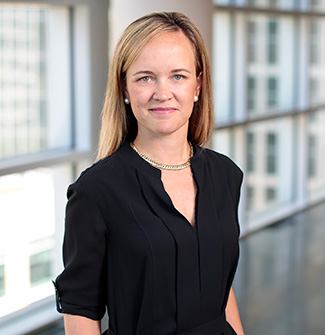 She has extensive experience managing corporate internal investigations involving FCPA, compliance, embezzlement, fraud and securities laws issues. Lily has conducted investigations around the world for multinational corporations as well as targeted investigations for small organizations. She served on the Monitor Team for two SEC and DOJ FCPA Monitorships, involving a banking technology company and a medical device company. She advises clients on anti-corruption compliance programs at all stages, including developing policies and procedures and conducting assessments of well-established programs.

Prior to joining Orrick, Ms. Becker was a clerk for the Honorable Loren A. Smith on the United States Court of Federal Claims.

The Department’s revised FCPA Corporate Enforcement Policy—which will be incorporated into the United States Attorneys’ Manual—builds on and makes permanent the Department’s 2016 FCPA Pilot Program. While much of the commentary on the revised policy has focused on the potential benefits of voluntary self-disclosure and cooperation after an issue arises, the policy also provides updated guidance to all companies on the hallmarks of an effective compliance and ethics program – an important and practical takeaway for compliance officers, in-house counsel, boards and executives.

The Pilot Program set out to evaluate if the Department could motivate companies to voluntarily self-disclose FCPA-related misconduct, fully cooperate with the Fraud Section, and, where appropriate, remediate flaws in controls and compliance programs. One of the key components of the Pilot Program was the potential for substantial mitigation—including declination of prosecution in certain cases and, where warranted, a credit of up to a 50 percent reduction below the low end of the applicable U.S. Sentencing Guidelines’ fine range for companies that voluntarily self-disclose misconduct and cooperate and remediate to the Department’s satisfaction. Deputy Attorney General Rod Rosenstein expressed his satisfaction with the program’s results, which he heralded as a step forward in fighting corporate crime. He also noted that during the pilot period, the DOJ saw 30 voluntary disclosures to the FCPA Unit—compared to 18 during the previous 18‑month period.

In announcing the new formalized Policy, Deputy Attorney General Rosenstein emphasized that the Department will continue to strongly encourage voluntary disclosures and set forth what he considers to be the revised Policy’s three key features: END_OF_DOCUMENT_TOKEN_TO_BE_REPLACED

The recent settlement by Telia Company AB (“Telia”), one of the first of the U.S. Department of Justice (“DOJ”) under the Trump administration and one of the largest FCPA enforcement actions to date, has been touted by some as a sign that enforcement will remain tough. In this area of the law with scant case law or other guidance for companies looking to evaluate their own conduct and compliance programs, do these charting and resolution documents offer anything new? Telia obtained the maximum downward departure from the US Sentencing Guidelines and avoided the imposition of an independent monitor – what can be gleaned from the facts of the resolution as to how?

On September 21, 2017, Telia, a Swedish telecommunications company, entered into a $965 million joint settlement with U.S., Dutch, and Swedish authorities. The settlement revolved around allegations that Telia bribed a foreign official (widely reported to be Gulnara Karimova, the eldest daughter of Uzbekistan’s former president Islam Karimov), to assist Telia and its Uzbeki subsidiary, Coscom LLC (“Coscom”) in expanding the company’s share of the Uzbeki telecommunications market. According to the settlement documents (Links to the settlements: DOJ and SEC), from 2006 to 2007, Telia made approximately $331 million in corrupt payments to secure approvals from the Uzbek Agency for Communications and Information and business in the Uzbek telecommunications sector, generating more than $2.5 billion in revenues and approximately $457 million in profit. END_OF_DOCUMENT_TOKEN_TO_BE_REPLACED

As the beginning of the next US Supreme Court term nears, one case in particular has caught our attention, as the question presented asks whether state courts have jurisdiction over certain securities class actions. The case before the Supreme Court that will hopefully decide the matter is Cyan v. Beaver County Employees Retirement Fund. The ultimate question is—will the Supreme Court issue an opinion that stays the trend of plaintiffs pursuing 1933 Act cases in state court over federal court? END_OF_DOCUMENT_TOKEN_TO_BE_REPLACED

Last Wednesday, former SAC Capital Advisors manager Mathew Martoma lost a bid to overturn his 2014 insider trading conviction in the Second Circuit.  United States v. Martoma, No. 14-3599, 2017 WL 3611518 (2d Cir. Aug. 23, 2017).  Martoma, the latest in a string of important insider trading decisions, is significant because the Second Circuit departed from the “relationship test” that had been central to Second Circuit insider trading cases in recent years.  See United States v. Newman, 773 F.3d 438 (2d Cir. 2014).  The departure was based on a 2016 Supreme Court decision, Salman v. U.S., in which the Court rejected the “relationship test” as set forth in Newman, and reaffirmed the standard set in Dirks v. SEC, 463 U.S. 646, 103 S. Ct. 3255, 77 L. Ed. 2d 911 (1983), holding that where a close relationship exists between the tipper and tippee, the government is not required to show that the insider received a benefit of a “pecuniary or similarly valuable nature.”  Martoma had appealed his conviction before Salman was issued, and relied heavily on the Second Circuit’s relationship test outlined in Newman.

In Newman, the Second Circuit overturned the insider trading convictions of two portfolio managers who were “remote tippees,” individuals who traded on inside information but with one or more layers of individuals between them and the insider who originally provided the information.  The insiders in Newman were friends with the tippees but did not gain any personal benefit in exchange for the information provided.  The government argued in that case that it only needed to show that the tippees traded on “material, nonpublic information they knew insiders had disclosed in breach of a duty of confidentiality.”  However, the Second Circuit rejected that argument, explaining that the government was required to show that the insider shared confidential information in exchange for a personal benefit, and that the remote tippees were aware of that fact.  The Second Circuit also held that where there is no quid pro quo exchange for confidential information given by a tipper to a tippee, such information only amounts to a “personal benefit” when the tipper has a “meaningfully close personal relationship” with the tippee.  To meet the test, that relationship must “generat[e] an exchange that is objective, consequential, and represents at least a potential gain of a pecuniary or similarly valuable nature.”  (Emphasis added.)  Essentially, if there was no potential for financial gain resulting from the gift of information, no personal benefit existed under Newman.  In the immediate aftermath of Newman, many insider trading prosecutions within the Second Circuit became untenable and were dropped.

END_OF_DOCUMENT_TOKEN_TO_BE_REPLACED

Policies and Procedures are the cornerstone of a compliance program. While traditional sources of guidance, such as the DOJ and SEC FCPA Resource Guide and DPAs themselves, lay out the government’s fundamental expectations with regard to policies and procedures, the Fraud Section’s new guidance goes deeper, reflecting an approach that will assess not only the existence but also the design and integration of policies and procedures.

The most basic expectation with regard to policies and procedures is that companies will have a code of conduct prohibiting violations of the FCPA and the law’s foreign counterparts. Additionally, companies should have policies and procedures covering, among other things, gifts, travel & entertainment, expenses, political and charitable contributions, and payments to third parties.  Finally, traditional sources of guidance make clear that companies should also have a set of finance and accounting internal controls reasonably designed to ensure the maintenance of fair and accurate books and records.

END_OF_DOCUMENT_TOKEN_TO_BE_REPLACED

It would be a mistake for companies to dismiss the Fraud Section’s recent guidance, which one high-level DOJ official suggested may be used more broadly by DOJ’s Criminal Division, as business as usual. It is not just more of the same.  The guidance does more than merely flesh-out existing direction; it operationalizes compliance.  Consider two examples from the guidance’s “Autonomy and Resources” section:

END_OF_DOCUMENT_TOKEN_TO_BE_REPLACED

A commitment from high-level management is typically the first compliance component discussed in government guidance and Deferred Prosecution Agreements. Commonly referred to as “Tone at the Top,” this critical concept has previously been described in vague, generic ways.  See, for example, this excerpt from Attachment C of DOJ’s recent DPA with Embraer S.A., which is identical to language in many other agreements:

“The Company will ensure that its directors and senior management provide strong, explicit, and visible support and commitment to its corporate policy against violations of the anti-corruption laws and its compliance code.”

END_OF_DOCUMENT_TOKEN_TO_BE_REPLACED

Without fanfare or forewarning, the US Department of Justice released new anti-corruption compliance guidance on February 8, 2017. The eight page document provides rare insight into the government’s evaluation of corporate compliance programs.  Companies designing compliance programs, conducting internal investigations, or facing a bribery or books and records-related government inquiry can now look to the appropriately titled “Evaluation of Corporate Compliance Programs” for a hint at the types of questions they should be prepared to answer.

As emphasized in the Department of Justice and Security and Exchange Commission’s November 2012 FCPA Resource guide, DOJ’s recent guidance again reinforces that a compliance program should be individualized to a company’s risk profile, and so should the government’s evaluation of the program.  The guidance is clearly not a checklist that applies to all.  It does, however, provide more detail about the way a company should evaluate its own program.  Companies can leverage the information to design more robust compliance programs and better respond to potential violations. END_OF_DOCUMENT_TOKEN_TO_BE_REPLACED

According to a report in the Wall Street Journal, the acting Chairman of the Securities and Exchange Commission has centralized authority to issue formal orders of investigation – a critical authority that triggers the ability of SEC staff attorneys to issue subpoenas.  The move, which was not publicized by the SEC, would curb existing powers of the Commission’s enforcement staff.

Since 2009, the power to issue formal orders of investigation had been “sub-delegated” to about 20 senior attorneys within the SEC’s Enforcement Division. However, according to the Journal report, acting SEC Chairman Michael Piwowar ordered the authority to be centralized exclusively with the Director of Enforcement. END_OF_DOCUMENT_TOKEN_TO_BE_REPLACED

On August 2, 2016, U.S. District Judge Edward Chen dismissed a shareholder lawsuit brought against children’s educational toymaker LeapFrog Enterprises, Inc. (“LeapFrog”) for failure to adequately plead statements were false or misleading, or made with requisite intent.  Plaintiffs’ suit, which was consolidated in 2015, alleged that LeapFrog and its executives hid demand and inventory problems from investors.  The judge disagreed, finding that the investors had been sufficiently warned of problems with LeapFrog’s product lines and that the allegedly misleading statements were forward-looking and cautionary, and therefore fell within the PSLRA’s safe harbor.  Defendants’ public statements about many of the allegedly misleading topics helped drive home that Plaintiffs’ theory amounted to classic “fraud by hindsight.”