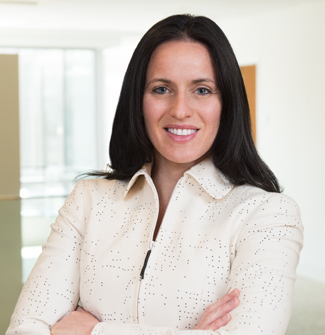 Lauren has extensive experience in complex commercial and criminal litigation.  She has represented clients in state and federal courts and in investigations by the U.S. Department of Justice (DOJ), the U.S. Securities and Exchange Commission (SEC), the World Bank Group Integrity Vice Presidency (INT), the African Development Bank Office of Integrity and Anti-Corruption (PIAC), and the Public Company Accounting Oversight Board (PCAOB).

During law school, Lauren was a member of the Georgetown University Law Center’s Criminal Justice Clinic, which involved the representation of clients charged with criminal misdemeanors in D.C. Superior Court, and clients facing parole revocation before the U.S. Parole Commission.

As the U.S. Supreme Court commenced a new term last week, one issue of substantial interest to many readers of this blog is whether the Court will address the constitutionality of the Securities & Exchange Commission’s use of administrative law judges (“ALJs”) to adjudicate enforcement proceedings. The issue, which we have covered extensively in past posts, essentially comes down to whether SEC ALJs are Officers subject to the Constitution’s Appointments Clause, or whether they are merely employees, who do not require appointment by the President or a Presidential appointee. The SEC currently selects ALJs through an internal administrative process, pursuant to 5 USC 3105.

Advocates on both sides of a clear circuit split have already filed petitions for writ of certiorari. Most recently, on September 29, 2017, the U.S. Department of Justice Solicitor General’s office filed a certiorari petition on behalf of the SEC asking the Court to review the Tenth Circuit’s December 2016 holding in Bandimere v. SEC. That holding, which was denied en banc review by the Tenth Circuit in May, found that SEC ALJs were “inferior Officers” and thus are subject to the Appointments Clause. After the Tenth’s Circuit ruling in Bandimere, the SEC stayed all administrative ALJ proceedings that could be appealed to the Tenth Circuit pending resolution of the issue by the Supreme Court or further order of the Commission.