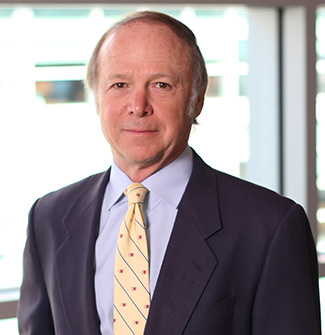 Bob has successfully litigated numerous high profile cases that have received coverage in the national media.

In a precedent setting decision, the Ninth Circuit affirmed dismissal of a putative class action in In re Century Aluminum Co. Securities Litigation, significantly raising the pleading bar in Section 11 cases. Plaintiffs alleged that Century Aluminum and its underwriters, Credit Suisse and Morgan Stanley, issued false and misleading statements in connection with a secondary offering. The Ninth Circuit applied the Twombly/Iqbal “plausibility” standard, holding that those decisions no longer make it possible for plaintiffs to simply allege without plausible supporting facts that their shares can be “traced” back to a secondary offering. The court’s decision in Century Aluminum may mean that Ninth Circuit plaintiffs filing suit under Section 11 who rely on aftermarket purchases, and cannot otherwise plead plausible facts they purchased in the secondary offering itself, face a near impossible uphill battle at the pleading stage when alleging tracing.

Century Aluminum issued 49 million shares in an Initial Public Offering that were already trading when plaintiffs purchased their shares. In a prospectus supplement on January 28, 2009, an additional 25 million shares entered the market. Plaintiffs alleged they had standing to pursue a Section 11 claim because they “purchased Century Aluminum Common Stock directly traceable to the Company’s Secondary Offering.” In support of their tracing theory, plaintiffs argued that their shares were purchased on dates that showed sharp spikes in trading activity, indicating the flood of new shares as a result of the allegedly misleading prospectus supplement. END_OF_DOCUMENT_TOKEN_TO_BE_REPLACED

On May 15, 2012, the Ninth Circuit Court of Appeals affirmed the decision of the district court finding in favor of the Securities Exchange Commission (“SEC”) on allegations that Carl Jasper, the former Chief Financial Officer of Maxim Integrated Products, Inc., violated various provisions of the securities laws in connection with the company’s stock options backdating scheme.  SEC v. Jasper, Case No. 10-17064 (9th Cir. May 15, 2012).  The court found that for ten consecutive quarters, Maxim granted backdated options with an exercise price equal to the lowest price of Maxim stock for each quarter.  END_OF_DOCUMENT_TOKEN_TO_BE_REPLACED