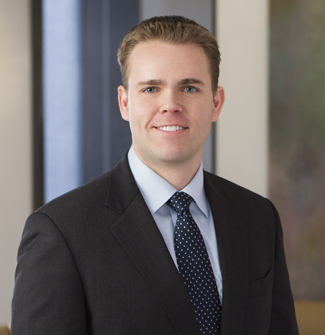 Stephen Ashley is a partner in the New York office and a member of the firm's Capital Markets practice. He advises clients on a wide range of securities law matters and regularly represents both issuers and underwriters in both domestic and cross-border capital markets transactions.

He has advised companies from a wide range of industries, including the information technology, software, finance, consumer products, biotechnology, life sciences and pharmaceuticals, energy, infrastructure and transportation sectors.

Stephen routinely works on high profile transactions that have been recognized for their complexity and execution. IFLR1000 recognized Stephen as a notable Practitioner in 2019 and 2020. Legal500 reported in 2016 that clients say Stephen “is very responsive, does thorough research and speaks in plain English.”

Stephen is a member of Orrick's opinion committee.

On April 5, 2012, the Jumpstart Our Business Startups Act (the “JOBS Act”) was enacted. The stated objective for the JOBS Act is to improve access to the public capital markets for startup and emerging companies and thus increase job creation and economic growth in the United States.

Title II of the JOBS Act (“Title II”) mandated the Securities and Exchange Commission (the “Commission”) to amend applicable rules within 90 days of its enactment (i.e., July 5, 2012) in order to eliminate the prohibitions against general solicitation or general advertising (collectively, “General Solicitation”) in Rule 506 of Regulation D (“Rule 506”) under the Securities Act of 1933, as amended (the “Securities Act”), and under Rule 144A under the Securities Act (“Rule 144A”). These changes are intended to allow issuers to advertise broadly when conducting private placements and thus enable them directly to reach a greater number of potential investors at lower costs without an intermediary, subject to certain requirements, as described more fully below. For a complete overview of all provisions of the JOBS Act, please click here.

(ii) Amend Form D5 to add a check box to indicate whether an offering is being conducted pursuant to Proposed Rule 506(c); and

(iii) Amend Rule 144A to allow securities resold pursuant to Rule 144A to be offered to persons other than “qualified institutional buyers”6 (“QIBs”), including by way of General Solicitation, provided that the securities are sold only to persons that the seller (or any person acting on behalf of the seller) “reasonably believes” are QIBs.