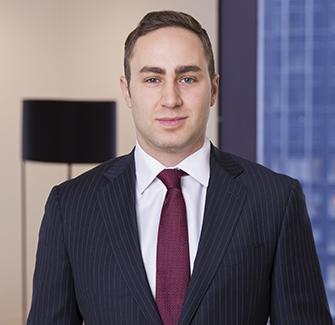 Spencer has represented companies and individuals in matters before the U.S. Department of Justice, the U.S. Securities and Exchange Commission, state Attorneys General, the Senate Permanent Subcommittee on Permanent Investigations, FINRA, and multilateral development banks.  He also has experience interfacing with various corporate stakeholders and external accountants. His practice has also involved investigations into private boarding schools in the United States.

Mr. Bruck is also active in pro bono work. He represents individuals in criminal cases and is involved in civil rights issues.

The recent settlement by Telia Company AB (“Telia”), one of the first of the U.S. Department of Justice (“DOJ”) under the Trump administration and one of the largest FCPA enforcement actions to date, has been touted by some as a sign that enforcement will remain tough. In this area of the law with scant case law or other guidance for companies looking to evaluate their own conduct and compliance programs, do these charting and resolution documents offer anything new? Telia obtained the maximum downward departure from the US Sentencing Guidelines and avoided the imposition of an independent monitor – what can be gleaned from the facts of the resolution as to how?

On September 21, 2017, Telia, a Swedish telecommunications company, entered into a $965 million joint settlement with U.S., Dutch, and Swedish authorities. The settlement revolved around allegations that Telia bribed a foreign official (widely reported to be Gulnara Karimova, the eldest daughter of Uzbekistan’s former president Islam Karimov), to assist Telia and its Uzbeki subsidiary, Coscom LLC (“Coscom”) in expanding the company’s share of the Uzbeki telecommunications market. According to the settlement documents (Links to the settlements: DOJ and SEC), from 2006 to 2007, Telia made approximately $331 million in corrupt payments to secure approvals from the Uzbek Agency for Communications and Information and business in the Uzbek telecommunications sector, generating more than $2.5 billion in revenues and approximately $457 million in profit. END_OF_DOCUMENT_TOKEN_TO_BE_REPLACED

It emerged on May 5 that the Department of Justice opened an investigation into Uber’s use of software called “Greyball” that concealed the ride-sharing company’s operations from regulators in cities and countries that did not permit Uber’s services.  Since then, the Portland City Council has voted to subpoena documents concerning the program, and lawmakers in Philadelphia and Austin have said they are cooperating with DOJ investigation. Uber allegedly deployed Greyball not only in the United States (including in Boston, Philadelphia, and Las Vegas), but also in Australia, Paris, China, and South Korea.