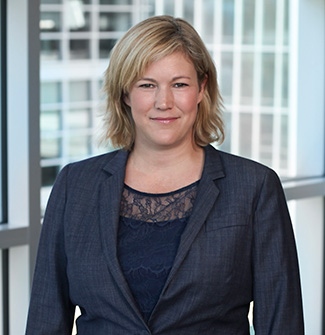 Shara is a former Assistant U.S. Attorney for the U.S. Attorney's Office for the Southern District of New York, where she successfully tried a million-dollar food-stamp fraud case against a business owner and an obstruction of justice case against a tax protestor who threatened the IRS agent assigned to his case. She also successfully tried a civil asset forfeiture case resulting in the recovery and repatriation to France of a Camille Pissarro painting stolen from a French museum in the early 1980’s. Shara also helped return to victims all the assets of convicted Ponzi-schemer Bernard Madoff, as well as the assets of Madoff's co-conspirators.  Her investigation into an art-smuggling and money laundering conspiracy by a Brazilian banker led to the recovery and repatriation to Brazilian bank fraud victims of a modern art collection worth hundreds of millions of dollars.

Prior to becoming an AUSA, Shara was an associate with Heller Ehrman LLP, where, among other engagements, she represented more than 30 law schools in their First Amendment challenge to the Solomon Amendment before the U.S. Supreme Court.

Almost a year into the new administration, the U.S. Securities and Exchange Commission’s Division of Enforcement released its annual report last week, providing a recap of the SEC’s enforcement results over the past 12 months, as well as some insight into its direction for the coming year. Overall, the report suggests that the SEC will increase its focus on addressing harm to “Main Street” investors and that pursuing individuals will continue to be the rule, not the exception.

During fiscal year 2017, the SEC pursued 754 enforcement actions, 446 of which were “stand-alone” actions (as opposed to “follow-on” actions which seek to bar executives from practicing before the Commission or to deregister public companies). This represents a drop from the prior year in which the SEC pursued 784 enforcement actions, 464 of which were stand-alone actions. The bulk of the Division’s 446 stand-alone actions in FY 2017 focused on issuer advisory issues, issuer reporting, auditing and accounting, securities offerings, and insider trading—all areas that saw a relatively similar number of cases in FY 2016. Actions involving public finance abuse represented the only significant decrease in the number of cases versus the prior year. In FY 2016, the SEC brought nearly 100 public finance abuse actions compared to fewer than 20 in FY 2017. END_OF_DOCUMENT_TOKEN_TO_BE_REPLACED

In a move that highlights both the increased focus on holding individuals accountable and the  credit that can be earned through cooperation, the U.S. Securities and Exchange Commission (“SEC”) announced last week that, for the first time, it entered into a deferred prosecution agreement (“DPA”) with an individual allegedly involved in a Foreign Corrupt Practices Act (“FCPA”) case.  On February 16, 2016, the SEC announced a DPA with Yu Kai Yuan, a former employee of software company PTC Inc.’s Chinese subsidiaries.  The SEC agreed to defer civil FCPA charges against Yu for three years in recognition of his cooperation during the SEC’s investigation.  PTC also reached a settlement with the SEC, in which the company agreed to disgorge $11.8 million.  Prior to the Yu DPA, the SEC had entered into one DPA with an individual in November 2013, in a matter involving a hedge fund manager allegedly stealing investor assets.  However, never before this time was a DPA with the SEC related to an FCPA case.