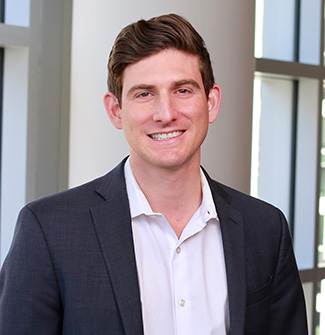 Alex Fields is a managing associate in the Intellectual Property group of Orrick's San Francisco office.

When a plaintiff asserts claims of trade secret misappropriation, it must own the underlying trade secrets, right? Wrong. According to the Third Circuit’s April 30, 2020 decision in Advanced Fluid Systems, Inc. v. Huber, under state law, the plaintiff only needs to prove lawful possession. END_OF_DOCUMENT_TOKEN_TO_BE_REPLACED

The Defend Trade Secrets Act (“DTSA”) went into effect in May 2016. Since then, federal courts have largely adhered to existing law in their respective states to determine whether the inevitable disclosure doctrine applies to DTSA claims. This article provides a sampling of existing opinions that have either permitted or rejected the inevitable disclosure doctrine under DTSA claims, broken down by state.[1]  END_OF_DOCUMENT_TOKEN_TO_BE_REPLACED

Even before the COVID-19 pandemic, many employers offered remote work options. Now employers all over the world are encouraging or requiring their employees to work remote from home. This means employees are accessing, maintaining, and sharing proprietary information outside of the office more frequently than ever before, thereby increasing the risk of employee and third-party IP theft. END_OF_DOCUMENT_TOKEN_TO_BE_REPLACED

As reported by Trade Secrets Watch last month, several states (including Maryland, Maine, New Hampshire, and Rhode Island) recently passed legislation curtailing the use of non-compete agreements.  Now, the federal government wants in on the action.

END_OF_DOCUMENT_TOKEN_TO_BE_REPLACED

In January of this year, the DOJ indicted the Chinese telecom giant Huawei on counts of theft of trade secrets conspiracy, attempted theft of trade secrets, wire fraud, and obstruction of justice. On August 1, Huawei moved to dismiss the indictment for “selective prosecution.” Huawei contends that it is the “target of the politically motivated decision, at the highest levels of the U.S. government, to pursue the selective prosecution of Chinese companies and nationals for the alleged misappropriation of intellectual property.” In essence, it argues that the DOJ unconstitutionally seeks to punish Huawei because it is a large, successful Chinese company, not because of illegal behavior by the company or its agents. END_OF_DOCUMENT_TOKEN_TO_BE_REPLACED

The Freedom of Information Act (“FOIA”) grants the public a powerful right of access to records in the possession of federal agencies.  However, this right of access is subject to nine distinct exemptions.  As demonstrated by D.C. District Court Judge Trevor N. McFadden’s opinion in Story of Stuff Project v. United States Forest Service, it is relatively easy for the federal government to withhold records under Exemption 4 which protects “trade secrets and commercial or financial information obtained from a person” which are “privileged or confidential.”  5 U.S.C. § 552(b)(4). END_OF_DOCUMENT_TOKEN_TO_BE_REPLACED

Several months ago, we reported on the potential to protect trade secrets by encrypting information using blockchain technology.  Then, earlier this month, we reported on an order out of the Southern District of California involving “CryptoKitties,” a decentralized application (or “DApp”) built on the Ethereum blockchain (using the ERC721 protocol) that allows users to securely buy, sell, trade, and breed genetically unique virtual cats.

END_OF_DOCUMENT_TOKEN_TO_BE_REPLACED

In some cases, there may be a severe cost – even a monetary cost – for plaintiffs who seek to materially amend their trade secrets disclosure following discovery.  This is what happened to the plaintiff, Swarmify, in its lawsuit against Cloudflare, now pending in the U.S. District Court for the Northern District of California.

As we reported previously, on February 27, 2018, the court in this case denied Swarmify’s motion for a preliminary injunction for failure to show irreparable harm.  At that time, the court commented that Swarmify’s trade secrets disclosure, produced pursuant to California Code of Civil Procedure Section 2019.210, was severely overbroad and “ever-shifting,” which the court characterized as a “blatant abuse of the system.” END_OF_DOCUMENT_TOKEN_TO_BE_REPLACED

The Defend Trade Secrets Act of 2016 was signed into law by President Obama on May 11, 2016. While the DTSA has been on the books for over a year, relatively few courts have addressed the ex parte seizure provision and even fewer have actually granted a seizure under the DTSA.  This is likely due to the DTSA’s requirement that courts order property seizures only in extraordinary circumstances.  In other words, courts are hesitant to grant DTSA ex parte seizure requests unless it is clear that the alleged misappropriator would disobey a TRO or preliminary injunction, or otherwise destroy, move, or hide trade secrets.  Courts continue to favor FRCP 65 TROs and preliminary injunctions to protect trade secrets from disclosure or destruction.  Under FRCP 65, courts can issue TROs and preliminary injunctions, but cannot order U.S. Marshalls to seize property from a defendant without notice.  The following cases are illustrative.