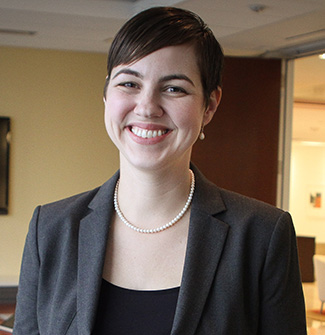 Abby Lloyd is a Senior Associate in the Litigation Department of Orrick’s Orange County office. She is an experienced trial lawyer, with both first and second-chair civil and criminal trial experience. Formerly in-house counsel for an international technology company, Abby understands the importance of striking the right balance between the pursuit of business objectives and the reduction of legal risk.

Abby has represented some of the nation’s leading high technology companies in a variety of litigation disputes involving, among other things, theft of trade secrets, unfair competition, intellectual property, patent infringement, joint-venture financings, and shareholder class action and derivative suits. Her practice includes both state and federal jurisdictions, and involves all stages of the litigation process.

It’s among an in-house counsel’s worst nightmares. A former business partner, ex-employee, consultant, or competitor has stolen your company’s trade secret information. Company management demands swift action. You hire outside counsel who, after reviewing your company policies and interviewing stakeholders, tells you that he or she is concerned about being able to establish that your company took “reasonable efforts” to protect the information. Listening to the feedback, you realize with a sinking feeling that these were steps that you, as in-house counsel, may have been able to implement if you had only thought about the issue sooner. END_OF_DOCUMENT_TOKEN_TO_BE_REPLACED

When are user manuals, reverse engineering reports, and other commercial documents publicly accessible? Our team examines a case that provides some pointers for those seeking to establish a commercial document as a printed publication. #IP #PTAB ow.ly/afEL50ypsb2 Retweeted by Trade Secrets Watch

The FTC recently held a public workshop to examine the legal basis and economic support for a regulation restricting the use of non-compete clauses in employment agreements. Our @TS_Watch blog reports key takeaways. #noncompetes #FTC ow.ly/uzMs50xVpyz Retweeted by Trade Secrets Watch