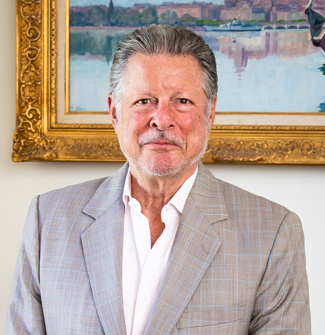 Charles C. Adams, Jr. is the former Ambassador Extraordinary and Plenipotentiary of the United States to the Republic of Finland (2015-2017) and Global Co-Head of Orrick’s International Arbitration Practice Group, based in Geneva. Charles is acknowledged to be among the most prominent international arbitration experts in the world. According to Global Arbitration Review, Charles “is highly regarded (one leading international arbitrator described him to GAR as the most persuasive advocate to have appeared before him)”.

Charles’s experience spans four decades at the highest levels of international dispute-resolution; he has acted in more than 300 arbitral proceedings under various governing laws and under the rules of almost all arbitral institutions in fora all over the world, most frequently as lead counsel, but also on occasion as chairman or co-arbitrator on tribunals in high-stakes cases.

His experience includes disputes in engineering and construction, energy and infrastructure, mining, transportation, telecommunications, life sciences and biotech, intellectual property and franchising and distribution, among many other fields of commercial or industrial endeavor. He has conducted commercial and investor-state arbitrations under the auspices of ICSID, the ICC, ICDR/AAA, LCIA, DIAC, SCC, SAC and SIAC.

For more than 10 years Charles was a member of the Board of Trustees of the Dubai International Arbitration Centre (DIAC), and he has served on the Board of Advisors of the NGO End Human Trafficking Now and as a guest lecturer at the UN’s International Development Law Organization. Charles frequently appears on Francophone television channels (TF1, LCI, TV5 Monde, Télévision Suisse Romande), as a commentator on political, economic and cultural matters.

In a recent discovery dispute before the Northern District of California,[1] Plaintiff Monolithic Power Systems, Inc. (“Monolithic”) unsuccessfully attempted to bypass California Code of Civil Procedure section 2019.210 which requires the party making a claim of trade secret misappropriation under the California Uniform Trade Secrets Act (“CUTSA”) to identify the trade secret “with reasonable particularity” before “commencing discovery relating to the trade secret.”

END_OF_DOCUMENT_TOKEN_TO_BE_REPLACED

Can defendants use anti-SLAPP statutes to dismiss meritorious trade secrets misappropriation lawsuits?  A recent decision by the Fifth District Court of Appeals in Dallas suggests not.

Numerous states have passed some form of anti-SLAPP legislation to prevent parties from using litigation as a tool to silence individuals from exercising their First Amendment rights.  Texas, in particular, enacted the Texas Citizens Participation Act (“TCPA”) back in 2011 to “protect citizens from retaliatory lawsuits that seek to silence or intimidate them for exercising their rights in connection with matters of public concern.”  The TCPA provides an avenue for individuals to summarily dispose of such lawsuits designed to chill their First Amendment rights. END_OF_DOCUMENT_TOKEN_TO_BE_REPLACED