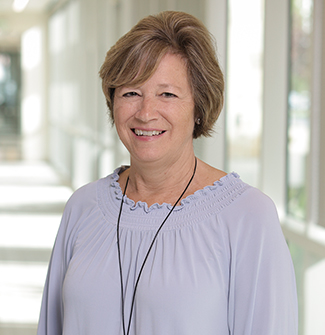 Experienced litigator Denise Mingrone enforces and protect clients’ technology rights. She approaches each challenge on multiple fronts so as to achieve success whether it be in or out of court.

No stranger to the courtroom and having handled complex litigations for technology giants including Synopsys, Brocade, Applied Materials and Oracle, Denise seamlessly and efficiently manages large teams to secure victory. Clients appreciate her transparent collaboration and instinct for developing a strategy that ensures the right evidence is presented in the best manner.

The jury verdict Denise’s team obtained in the Netgear v. Ruckus Wireless patent trial, for example, surprised most because the team took over the case just weeks before jury selection, earning the number one place on that week’s “Top Jury Verdicts.” Prior to the Ruckus trial, Denise’s team similarly received accolades as “Top Verdict of the Year” for its jury win on behalf of Brocade against A10 Networks involving patent and copyright infringement. These victories were preceded by a trade secret win for MGA in the “Barbie v. Bratz” epic battle against Mattel, which earned Denise the “California Lawyer of the Year” award for her contributions.

In addition, Ms. Mingrone has led numerous software piracy matters, obtaining full relief whether through negotiation or litigation. Her work in this area encompasses both confidential as well as public investigations, all designed to ensure clients secure the protection of their intellectual property rights and receive appropriate relief when those rights are infringed.

As a former law clerk to several federal judges, Denise appreciates that cases do not turn on facts alone. She has waged and won numerous courtroom battles both obtaining and defending pre-trial injunction motions. As one opponent noted, “She’s a fierce advocate who will go to the mat for her client’s position.”

Over the years, it has proven difficult to fit software in any one category of IP protection. And while software’s ability to seemingly transcend patents, copyright, and trade secrets provides software developers and technology companies with options, it also makes it challenging to decide which will provide the best way to enforce those rights. There are obviously risks and benefits to each form of protection. However, the courts have reduced at least one risk: preemption of state trade secret laws by the Copyright Act. END_OF_DOCUMENT_TOKEN_TO_BE_REPLACED

On February 2, 2016, Georgia State Senator Hunter Hill introduced Senate Bill 321 in the Georgia Senate. The bill is entitled “Commerce and Trade; state government; protections against public disclosure of certain information.” The bill has 36 co-sponsors, all of whom, like Hill, are Republican.  END_OF_DOCUMENT_TOKEN_TO_BE_REPLACED

On October 20, 2015, a three judge panel of the Ninth Circuit heard oral arguments in Round II of United States v. David Nosal.  Both sides generally stuck with arguments from their briefs, with Nosal’s counsel arguing that upholding Nosal’s  conviction under the Computer Fraud and Abuse Act (the “CFAA”) would lead to criminalization of relatively minor misappropriations of information, and the government arguing that the precedent would only apply in the employment context. END_OF_DOCUMENT_TOKEN_TO_BE_REPLACED

Oral arguments for the next round in United States v. Nosal have been set for October 20, 2015 at the Ninth Circuit in San Francisco.  So we figured it may be a good time to review both sides’ arguments related to the Computer Fraud and Abuse Act. After doing so, it seems to us that one topic not given any consideration in the briefs, but that may play a role during oral argument is the phenomenon known as phishing schemes, and how such schemes might be compared and contrasted with the scheme alleged in this case. END_OF_DOCUMENT_TOKEN_TO_BE_REPLACED

A 22-year-old Canadian hacker has been sentenced to federal prison by a Delaware court for engaging in a conspiracy to break into the computer networks of several large gaming companies, to steal trade secret and other information related to unreleased products, and to commit criminal copyright infringement.  According to the Government’s Sentencing Memorandum, David Pokora of Ontario, sentenced last Thursday was “a leading member in an international computer hacking ring . . . that committed numerous unlawful intrusions into the computer networks of various technology companies involved in the $22 billion-dollar video gaming industry.”  The conspiracy’s victims included Microsoft, Epic Games (which develops the highly popular “Gears of War” series), and Activision Blizzard (which published, among many other successful games, “Call of Duty: Modern Warfare 3”). END_OF_DOCUMENT_TOKEN_TO_BE_REPLACED

Heli-skiing: it’s the holy grail for thrill-seeking skiers and snowboarders.   Ride to the roof of the world aboard a helicopter.  Descend thousands of vertical feet through fresh, untracked powder.  No lift lines, no ski patrol.

This is what heli-skiers pay upwards of $1,000 per day to see.  What they don’t see is the heli-ski tour company owner, back at the office fretting over his trade secrets.

These fly-by-day firms have many of the same trade secrets concerns as the technology companies, restaurateurs, fragrance makers, executive recruiting firms and countless other businesses we regularly write about.  END_OF_DOCUMENT_TOKEN_TO_BE_REPLACED

Ah, what would corporations give to be able to have trade secret protections for their information simply by declaring it a trade secret? For oil refineries in California, that dream may now be a reality.

Should restaurateurs wonder eachtime they hire someone: Will this person steal their recipes — the bread and butter of their business?

Trade secret law offers limited comfort. Restaurant owners who have pursued such recipe bandits on trade secret misappropriation grounds have a mixed win-loss record. And like a fine paring knife, trade secret law can cut two ways: while it can help protect intellectual property, enforcing these laws in the restaurant business may also drive talent away. Would Michelin restaurant SPQR’s executive chef Matthew Accarrino have joined if he had been required to sign an employment agreement stating that any recipes developed during his employment become the intellectual property of the restaurant? Probably not. END_OF_DOCUMENT_TOKEN_TO_BE_REPLACED

On June 20, 2013, Formula One’s internal judicial system will convene in Paris to decide whether Mercedes and Pirelli violated the racing body’s governing agreements by conducting secretive tire testing last month. Mercedes and Pirelli claim the safety-related tests were authorized by the contract establishing Pirelli as Formula One’s exclusive tire supplier, but Mercedes’ F1 rivals claim the tests provided Mercedes with an unfair competitive advantage. This case provides some insight into the development and importance of trade secrets in an industry where fierce competition, rapidly-changing technology, and billions at stake make trade secret protection vital but often difficult.

Despite F1 teams’ shared interests in controlling costs, maximizing revenue, and promoting a common culture, Formula One is composed of a group of competing businesses out to win races, sponsorships, and prize money. So it’s no surprise that many teams push the envelope of what is permissible under Formula One’s governing documents in pursuit of speed, cash, and glory. As Le Mans legend Carroll Smith famously stated: “In any given racing series I will not start the cheating. If someone else starts it, I will appeal to them and to the officials to stop it. If my efforts do not succeed, then I’ll show them how it is done.” END_OF_DOCUMENT_TOKEN_TO_BE_REPLACED