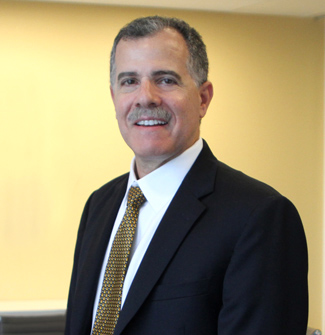 Glenn Dassoff is a first chair trial lawyer with extensive and diverse experience having successfully tried more than 50 cases in his career. His trial work has covered every major practice area of the firm, though most concentrated in the intellectual property, trademark, general commercial litigation, real estate, banking, and construction industries, where he has handled litigation for some of the best known companies in America.

For many years, Glenn has represented some of the nation’s leading high technology companies in a variety of litigation disputes involving theft of trade secrets, unfair competition, intellectual property, and joint-venture financings. He has successfully handled over a hundred trade secret cases, including more than a dozen trials and related evidentiary hearings on injunctive relief.

A sample of Glenn's experience includes the following matters:

Glenn is a popular speaker for many of the country’s leading bar groups, including the Rutter Group and the Continuing Education of the Bar, and has lectured on subjects ranging from civil procedure before and during trial, to cross-examination and jury selection. He has served as keynote speaker for the American Appraisal Institute at its National Convention.

The law in California is well settled that, with few exceptions, non-compete agreements are unenforceable.  Less clear is whether and to what extent employee non-solicitation and no-hire agreements can withstand a court’s scrutiny.  These types of agreements often exist between employers and employees, as well as between employers themselves.  And while non-solicitation provisions containing broad language prohibiting direct or indirect solicitation are common, there is significant confusion over the extent of their enforceability in California.  Are these agreements enforceable?  As is often the case, the answer is “it depends.”  Fortunately, there are a handful of published appellate cases highlighting the fine distinctions that guide the analysis: END_OF_DOCUMENT_TOKEN_TO_BE_REPLACED

Contrary to common perception, California employees who signed restrictive covenants prior to January 1, 2017 are not completely immune to enforcement of all restrictions on competition. For the second time in several years, a foreign corporation, Synthes, Inc., successfully enforced a non-competition agreement against former employees who were California residents. In the most recent case, the U.S. District Court for the Eastern District of California, enforced the company’s agreement against a Sacramento resident. END_OF_DOCUMENT_TOKEN_TO_BE_REPLACED

A California appellate court recently upheld a permanent injunction in Robinson v. U-Haul Company of California barring U-Haul from enforcing its non-compete covenants in California. U-Haul also was required to pay over $800,000 in attorney’s fees to its former dealer. END_OF_DOCUMENT_TOKEN_TO_BE_REPLACED

Intellectual property owners may seek to protect certain information either by obtaining a patent or by maintaining its secrecy. A patent provides strong, exclusive rights for a fixed period of time, generally twenty years. A trade secret may last indefinitely but protection can be lost through independent development, reverse engineering, or failure to maintain secrecy. (We previously published a chart comparing the features of patents and trade secrets.) This article discusses those instances when trade secret protection may be superior to patent protection.  END_OF_DOCUMENT_TOKEN_TO_BE_REPLACED

This week, TSW revisits some cases that taught us valuable lessons in the complex and ever-changing trade secrets arena. As our readers know, trade secrets law keeps evolving due to new case law and the near certainty of a new federal cause of action, which will provide for federal jurisdiction where there was none, consistency throughout the country on enforcement of these claims, and a couple of new remedies. The risks to trade secret protection also continue to grow due to cybersecurity and social media considerations. In short, a business must balance several factors when determining how to best protect trade secrets, but it is sometimes the simple missteps that can sink a company’s efforts to enforce its trade secrets. Here are some key takeaways learned over the years. END_OF_DOCUMENT_TOKEN_TO_BE_REPLACED