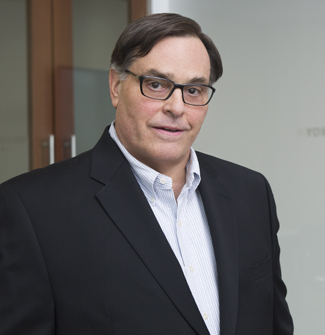 In Memoriam:
Orrick mourns the passing of our partner and friend Mark Wine on April 20, 2019.

Having tried 27 federal and state trials over the past 40 years, Mark Wine can charm any jury. A natural storyteller and affable teacher, Mark transforms complicated technology into compelling stories, and faceless corporations into engaging individuals. Mark applies the same friendly and confident style when leading his litigation teams, inspiring each person to strive for greatness, and thereby elevating the entire team.

Mark serves as Deputy Chair of the Global Intellectual Property Business Unit. Given his lifelong passion for technology, Mark is a natural fit for intellectual property litigation. He tries patent, copyright, trademark and trade secret cases for Fortune 500 companies throughout California, as well as international clients in Asia and Europe. He handles all phases of discovery, prior art research, pretrial, jury and bench trial work, post-trial motions and appeals before the Fourth, Seventh, Eighth, Ninth and Federal Circuits, as well as Section 337 proceedings before the ITC.

As lead defense counsel, Mark settled a five-patent matter for a European medical manufacturer, for approximately one-half of one percent of the original demand. Mark’s team invalidated two of the five asserted patents on summary judgment and successfully defended that outcome in the Federal Circuit. The case settled just before trial on the remaining issues.

It’s among an in-house counsel’s worst nightmares. A former business partner, ex-employee, consultant, or competitor has stolen your company’s trade secret information. Company management demands swift action. You hire outside counsel who, after reviewing your company policies and interviewing stakeholders, tells you that he or she is concerned about being able to establish that your company took “reasonable efforts” to protect the information. Listening to the feedback, you realize with a sinking feeling that these were steps that you, as in-house counsel, may have been able to implement if you had only thought about the issue sooner. END_OF_DOCUMENT_TOKEN_TO_BE_REPLACED

Here at TSW, we continue to watch closely developments in the Sino Legend v. ITC case. In September, Sino Legend petitioned the Supreme Court for a writ of certiorari to review whether Section 337 of the Tariff Act of 1930 allows the ITC to adjudicate cases involving allegations of trade secret misappropriation occurring entirely in a foreign country. This week, we summarize the relevant law, background, and the legal basis of Sino Legend’s petition. END_OF_DOCUMENT_TOKEN_TO_BE_REPLACED

Ringing in the New Year provides a unique opportunity to reflect on the past and look ahead to the future. This mirrors the day-to-day reality for legal practitioners: the future is shaped by precedent from the past. And in these early days of 2016, with the possibility of a federal trade secrets law looming in the proposed Defend Trade Secrets Act, it’s important to understand the tensions and limits surrounding trade secret law. END_OF_DOCUMENT_TOKEN_TO_BE_REPLACED

In a fifteen-year tale of how not to protect your emerging company’s trade secrets when dealing with the big fish, on September 16, 2015, a California trial court denied a company’s bid for royalties for technology misappropriated by E*Trade in the early days of wireless trading. With multiple trials and trips to the court of appeals, and servers containing evidence being smashed with a hammer, the case underscores the importance of robust non-disclosure agreements and of thoroughly documenting your trade secrets. END_OF_DOCUMENT_TOKEN_TO_BE_REPLACED

Tensions recently escalated in the United States and China’s ongoing exchange over online security and technology policies, as China adopted the first in a series of policies it previously approved at the end of last year.  Among other things, the newly adopted regulations require foreign technology companies that sell computer equipment to Chinese banks to submit to obtrusive audits, set up research and development centers in the country, build “back doors” into their hardware and software, and, perhaps most disconcerting, disclose intellectual property to the Chinese government, including proprietary source code. END_OF_DOCUMENT_TOKEN_TO_BE_REPLACED

This past summer, we reported on an emergency petition to Justice Clarence Thomas of the United States Supreme Court to stay a Florida Supreme Court’s decision permitting disclosure of documents submitted under seal during a trial challenging Florida legislature’s redistricting process.  The emergency petition was filed by Patrick Bainter and Data Targeting, Inc., political consultants hired by the Republican Party of Florida to assist with the redistricting process in that state.  At issue in the petition were more than 500 pages of documents that purportedly contained confidential END_OF_DOCUMENT_TOKEN_TO_BE_REPLACED

Yihao “Ben” Pu is probably coming to grips with the phrases “crime doesn’t pay…” and “don’t do the crime unless you’re willing to do the time….”  In federal court in Chicago, on Thursday, August 7, 2014, Pu, a former quantitative engineer for Citadel LLC, plead guilty to stealing trade secrets and other private information from an unnamed “Company A” located in Red Bank, New Jersey, and financial firm Citadel, related to their high-frequency trading platforms. (See United States of America v. Yihao Pu et al., Case No. 1:11-cr-00699 (N.D. Ill.))

On April 10, 2014, Massachusetts Governor Deval Patrick proposed a bill entitled “An Act to Promote Growth and Opportunity.”  Under this lengthy bill, Massachusetts would finally adopt the Uniform Trade Secrets Act, to which only it and New York currently do not adhere.  But the provisions of the bill relating to non-competition agreements are what have received the most attention from the businesses community.

Under the proposed legislation, with the aim of increasing mobility of labor, non-competition agreements between Massachusetts employers and employees or independent contractors would be impermissible and void: END_OF_DOCUMENT_TOKEN_TO_BE_REPLACED

A few months ago, we discussed the federal government’s difficulties prosecuting foreign companies and individuals for theft of U.S. trade secrets.  We highlighted three cases in which foreign defendants effectively stalled their criminal prosecutions by challenging the government’s attempts to serve them abroad.  These cases raise the concern that complicated U.S. procedural rules are getting in the way of the government’s efforts to protect the nation from cybertheft, and allowing foreign defendants to violate U.S. law with impunity.

Since our original post, we’ve checked the dockets and have an update on what’s been going on with these criminal prosecutions.  And the answer is — END_OF_DOCUMENT_TOKEN_TO_BE_REPLACED