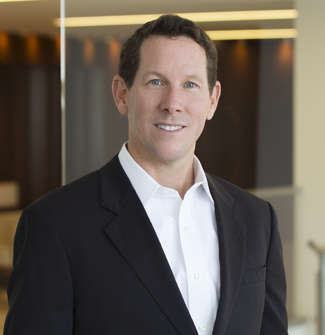 William Molinski is Managing Partner of the Los Angeles office and a member of the Complex Litigation & Dispute Resolution Group. An experienced trial lawyer, Bill has represented corporate clients and individuals in a wide variety of commercial disputes with a particular emphasis in the areas of trade secrets, and other intellectual property disputes, consumer class actions and real estate disputes.

Bill routinely handles complex cases that can have a significant impact on a company's reputation and survival. His clients include major players in the technology, financial services and energy sectors as well as the entertainment and pharmaceutical industries.

Bill was recognized in the 2016 edition of The Legal 500 for his work defending DISH Networks against copyright and breach of contract claims brought by four broadcast networks, a win that led to Orrick's recognition as "Litigation Department of the Year" by The Recorder. He was named a "California Lawyer of the Year" in 2011 by California Lawyer magazine as a member of the team representing MGA Entertainment in its "stunning victory" against Mattel over the Bratz doll line, which the Daily Journal called a "top defense win" of 2011.

There are stirrings in the U.S. Senate of yet another bid to establish a federal right of civil action for trade secret misappropriation.

Sen. Chris Coons (D-Del.) has quietly circulated a draft bill to IP lawyers and others with an interest in the legislation.  The draft Protecting American Trade Secrets and Innovation Act of 2014 (“PATSIA 2014”) is the latest of several recent attempts to bring about this right. The past attempts include Sen. Coons’ own prior iteration of the bill, PATSIA 2012 (S. 3389), which never made it out of the Senate Judiciary Committee. END_OF_DOCUMENT_TOKEN_TO_BE_REPLACED