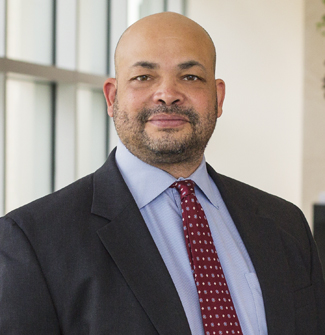 Warrington's practice involves the representation of clients in both civil and criminal matters. These matters typically include government involvement or claimed violations of state and federal regulations or statutes. Thus, Warrington has represented clients in False Claims Act matters, claims brought by the Federal Trade Commission, employment discrimination cases involving a federal research facility, allegations of fraud and breach of contract brought against a client by a state, and allegations that a school board inappropriately spent bond monies in violation of California law.

Before joining Orrick, Warrington was a shareholder at Heller Ehrman.

Just over four years ago, in January 2014, a court sentenced former Korn/Ferry regional director David Nosal to one year and one day in prison for violations of the federal Computer Fraud and Abuse Act and the Espionage Act.  Nosal appealed the sentence, but his appeals ultimately failed: the U.S. Court of Appeals for the Ninth Circuit upheld Nosal’s sentence, and the U.S. Supreme Court denied review of the case.  Luckily for Nosal, his 2014 motion for release pending appeal was granted, so he has not served any time during the four years of appeals. END_OF_DOCUMENT_TOKEN_TO_BE_REPLACED

After the long break, students have returned to colleges and universities across the country where they will trade late summer nights out with friends for tossing Frisbees on the quad.  As classes begin, we at TSW wanted to take a moment to look at some trade secrets disputes at the heart of higher education. END_OF_DOCUMENT_TOKEN_TO_BE_REPLACED

In trade secret cases, it is often the case that a defendant company and employee accused of trade secret misappropriation enter into a joint defense agreement.  Often under such JDAs, facts, strategies and documents are shared with the understanding that they will remain confidential. END_OF_DOCUMENT_TOKEN_TO_BE_REPLACED

The “gist of action” doctrine. Heard of it? Well, if you are dealing with Pennsylvania law, you need to know it. The “gist of action” doctrine asks whether the “gist” of a suit sounds in tort or contract. When applied to a claim of trade secret misappropriation, the doctrine questions whether the wrongful acts constitute a tort or a breach of contract. If the wrongful acts constitute a breach of contract, Pennsylvania law bars any trade secret claim. As evidenced by the case Wiggins v. Physiologic Assessment Services, LLC, whether a claim can be brought as a trade secret claim or a breach of contract claim can turn on the wording of the contract at issue. END_OF_DOCUMENT_TOKEN_TO_BE_REPLACED

(Editorial Note: This is the second in our two-part series exploring recent litigation under the newly-enacted Defend Trade Secrets Act.)

We’ve been tracking the development of the Defend Trade Secrets Act (“DTSA”) for a while on TSW. It was only last month that President Obama signed the dotted line, and the DTSA became law. Now, Space Data has filed suit against Google for patent infringement, misappropriation of trade secrets under the DTSA, misappropriation of trade secrets under the California Uniform Trade Secrets Act, and breach of contract. We’ll be watching closely to see how the Northern District Court of California handles one of the first cases under the DTSA. END_OF_DOCUMENT_TOKEN_TO_BE_REPLACED

Hollywood’s heavy-hitters often enter the ring over unauthorized biographies. Elizabeth Taylor famously invoked her rights of publicity and privacy in an attempt to shut down an unofficial docudrama about her life; Clint Eastwood sued the author and publisher of his unsanctioned biography for libel; and a film production company brought claims for copyright and trademark infringement against the producers of the biopic Lovelace starring Amanda Seyfried. Hollywood’s newest matchup involves misappropriation of trade secrets, a growing concern in the entertainment industry, especially after the recent Sony hack. END_OF_DOCUMENT_TOKEN_TO_BE_REPLACED

On April 30, 2015, Kolon Industries finally resolved two long-standing disputes regarding its alleged misappropriation of trade secrets related to DuPont Co.’s bullet-proof Kevlar Material.  The settlement resolved a six-year civil dispute with competitor DuPont, as well as an Economic Espionage Act criminal indictment that had been pending for three years.  According to the terms of the plea agreement filed with the court, Kolon will pay $275 million in restitution to DuPont and $85 million to the government in fines. END_OF_DOCUMENT_TOKEN_TO_BE_REPLACED

From Minnesota comes a delicious reminder that the protection of trade secrets requires consideration of a company’s entire intellectual property strategy.  Without such a comprehensive strategy, in the most prosaic of terms, a company’s bacon is cooked.

Unitherm Food Systems, Inc. designs and manufactures equipment used to process and cook meat.  It claims to have invented a revolutionary process to prepare pre-cooked sliced bacon that closely resembles the bacon you’d get from traditional pan frying.  You can watch this mouth-watering process in action here. Unitherm treated this process as a trade secret.

END_OF_DOCUMENT_TOKEN_TO_BE_REPLACED

From a birds-eye view, Cellular Accessories For Less, Inc. v. Trinitas, LLC appears to be a typical dispute between an employer and its former employee. However, a closer look reveals an issue new to the world of trade secrets—specifically, do LinkedIn contacts qualify as trade secrets? For now, they may: a federal judge in the Central District of California denied defendants’ motion for summary judgment last month, finding there were triable issues of material fact surrounding the question whether LinkedIn contacts were protectable trade secrets. END_OF_DOCUMENT_TOKEN_TO_BE_REPLACED

The recent arrest and likely prosecution of three executives at Taiwanese smartphone giant HTC Corporation may foreshadow an era of tougher prosecutions under Taiwan’s newly amended Trade Secrets Act. Although the arrests allegedly target the leaking of Taiwanese trade secrets to China, the case could also signal changes for U.S. companies seeking to recruit talent from Taiwan.

On August 31, 2013, three top HTC product designers were arrested in Taiwan on suspicion of stealing trade secrets and submitting fraudulent expense claims after HTC filed a complaint with the Taiwan Investigation Bureau. The trio allegedly planned to set up a competing design company and stole trade secrets related to HTC’s upcoming “Sense 6.0 UI” design. In addition, they allegedly submitted false commission fees from an external design firm, although the design work was performed in-house.