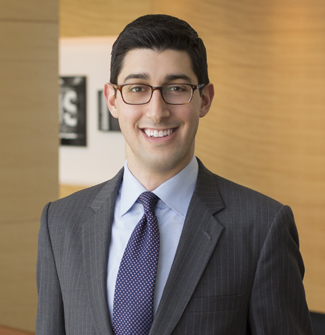 Brian Goldman litigates high-stakes appeals in the U.S. Supreme Court and appellate courts around the country.

Every word counts in appellate litigation. With limited briefing and a short oral argument, lawyers have to summarize the complex facts and history of a case, help busy judges understand the intricacies of sometimes-unfamiliar areas of law, and then persuade the court why the judgment should be affirmed or reversed. Brian specializes in collaborating with clients and trial counsel to distill years of litigation and complicated fact patterns into compelling narratives that drive common-sense arguments.

Brian was named one of California's "Top 40 Under 40" in 2018 by the Daily Journal and one of the country’s “Appellate Rising Stars” by Law360. He also won a California Lawyer Attorney of the Year Award for his work defending a local firearms ordinance against a Second Amendment challenge.

Prior to joining Orrick, Brian served as a law clerk to Justice Sonia Sotomayor and to Judge Stephen Reinhardt. He also served in the U.S. Department of Justice’s Civil Division, where he briefed and argued cases on appeal for the federal government.

The Clarifying Lawful Overseas Use of Data (“CLOUD”) Act was enacted into law on March 23, 2018. The Act provides that U.S. law-enforcement orders issued under the Stored Communications Act (SCA) may reach certain data located in other countries – a key question in United States v. Microsoft Corporation, No. 17-2, a case argued before the Supreme Court on February 27.[1] Both the government and Microsoft recently agreed that the closely watched case is now moot following the CLOUD Act. END_OF_DOCUMENT_TOKEN_TO_BE_REPLACED