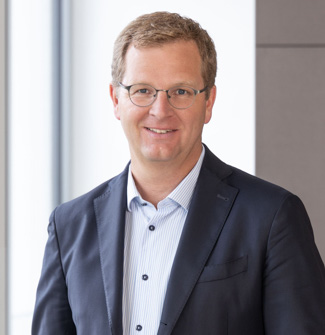 He is listed in Germany's leading lawyer ranking magazine JUVE as frequently recommended data privacy expert and clients recommend him to JUVE for his "reliable and actionable advice". Christian and his practice are also ranked by The Legal 500 Germany and The Legal 500 EMEA as well as Germany’s business journals WiWo and Handelsblatt for being among the leading German and European IT and data privacy practices (2019 and 2020), clients referred to him and his team as "Top data privacy expert", "extremely knowledgeable", and "able to explain complex legal issues in an easily understandable way so that both legal and economic decisions can be made". Christian Schröder is recommended for his "data protection expertise and quick comprehension as well as his entrepreneurial acumen."

Christian provides IP/IT advice in M&A transactions and advises on IP focused joint ventures. He supports companies on the set-up of webshops, outsourcings, license agreements, in cases of trademark or unfair and deceptive trade practice issues as well as on hard and software license and IT project agreements.

As a core member of Orrick's global Cyber, Privacy & Data Innovation practice, Christian has a special focus on data privacy/data protection matters. In particular, Christian advises on privacy compliance programs, a risk-based approach to privacy, on implementing databases and new software applications, in particular, cloud based solutions. He advises on IT and data privacy contracts, internal data privacy policies, binding corporate rules, user agreements on BYOD, whistleblowing schemes, e-discovery, security breaches, and intra-group data sharing on a national and international basis. Christian regularly represents market leading clients in IT and data privacy contract negotiations and regularly defends companies against unfair access to their know-how by competitors and against unfair poaching of customers and employees.

While EU regulators determine whether to adopt a new agreement for transfers of personal data from Europe to the United States to replace the invalid EU-U.S. Safe Harbor Framework, German data protection authorities have not been idly twiddling their thumbs.

Hamburg’s data protection commissioner, the head of one of 16 Federal German data protection authorities (“DPA”), announced in February that his agency is investigating Hamburg-based subsidiaries of large U.S. companies engaging in transfers of personal data of EU citizens to the U.S.

END_OF_DOCUMENT_TOKEN_TO_BE_REPLACED

The Düsseldorfer Kreis, a committee made up of representatives of German data protection authorities, recently published guidance on the requirements for obtaining valid consent to the collection, processing and use of personal data under the relevant German data protection provisions, the Federal Data Protection Act (Bundesdatenschutzgesetz) (“BDSG”) and the Telemedia Act (Telemediengesetz).

The Düsseldorfer Kreis frequently publishes guidelines on topics of relevance for data privacy law which are broadly recognized as good practices (and from the supervisory authorities’ viewpoint, mandatory interpretations of the applicable law). The German data protection authorities found the topic of consent to be particularly relevant, noting that while it is common for companies to rely on obtaining consent from their customers to justify the processing of personal data, in many cases these companies fail to implement compliant data privacy consent language into their business processes. To ensure that such data processing can be performed in compliance with data privacy law, the procedure of obtaining valid consent should be the focus of any company active in processing personal data.

END_OF_DOCUMENT_TOKEN_TO_BE_REPLACED

After 4 years of negotiation, today the European Parliament adopted the General Data Protection Regulation (“GDPR“). In doing so, it signaled the end of the EU approval process and put businesses on alert that they now have two years to prepare for compliance.

END_OF_DOCUMENT_TOKEN_TO_BE_REPLACED

Bad news for companies relying on transatlantic data flows as, once again, the transfer of personal data from Europe to the United States is called into question by the Article 29 Working Party (the “Working Party”), an influential committee of the EU privacy regulators. Ever since the EU-U.S. Safe Harbor Framework was declared invalid by the Court of Justice of the European Union in October 2015, companies have had to find alternative ways to legally transfer personal data. On 29 February 2016, the EU Commission proposed the “EU-U.S. Privacy Shield” as a replacement to the Safe Harbor Framework and a potential solution.

END_OF_DOCUMENT_TOKEN_TO_BE_REPLACED

Recently, the Berlin-Brandenburg Regional Labor Court ruled on the rights of an employer to check browsing history without the employee’s consent.

Orrick’s German employment team published a client newsletter about this judgment which can also be found here.

END_OF_DOCUMENT_TOKEN_TO_BE_REPLACED

On 29 February 2016 the European Commission issued the legal texts of the EU-U.S Privacy Shield which aims to replace the defunct EU-U.S Safe Harbor Framework as a legitimate mechanism for transferring personal data from the EU to the U.S.

In contrast to its predecessor, the Privacy Shield contains commitments from US government in relation to controls on access to personal data by public authorities. This is an aspect of the new scheme which aims to address the jurisprudence of the Court of Justice of the European Union and criticisms of the previous Safe Harbor Framework.

END_OF_DOCUMENT_TOKEN_TO_BE_REPLACED

The European Commission has announced that it has reached a deal to replace the EU-US Safe Harbor framework that was declared invalid last year by the Court of Justice of the European Union (“ECJ”).  Heralded as the EU-US Privacy Shield (and colloquially referred to as, “Safe Harbor 2.0”), the framework should provide companies with clearer direction on safe transatlantic data transfer.

END_OF_DOCUMENT_TOKEN_TO_BE_REPLACED

On December 17, 2015, the German Parliament passed a new act which permits consumer protection associations, industry and commerce chambers or other approved business associations to file privacy class actions. The law is expected to become published and be in force shortly.

END_OF_DOCUMENT_TOKEN_TO_BE_REPLACED

After nearly 4 years of negotiations, yesterday evening the EU reached agreement on the final provisions of its new data protection laws. With it, a new era of data protection has been ushered in that will have far reaching consequences for organisations both inside and outside of the EU.

In January 2012, the European Commission put forward its proposals for data protection reform, which included text for a new General Data Protection Regulation. Following negotiations this year with the European Parliament and the Council (the so-called ‘trilogues’ meetings), the three institutions reached final agreement on the Regulation’s provisions late last night.

END_OF_DOCUMENT_TOKEN_TO_BE_REPLACED

On December 7, 2015, more than two and a half years after the first draft, the European Union Council finally reached an important, informal agreement with the Parliament on important network and information security rules (“NIS-Directive”) affecting companies across the EU.  The culmination of the European Commission’s Cybersecurity strategy effort that began in February 2013 with the European Commission’s proposed draft directive on measures to ensure a common level of network and information security.  Final adoption of the NIS-Directive will have several important consequences, including increased focus by Boards of Directors of cybersecurity risk, the need for companies to increase their investment in information security, to prepare and implement cybersecurity incident response plans, to conduct internal comprehensive investigations into the circumstances of a cybersecurity event in order to comply with forthcoming reporting obligations.