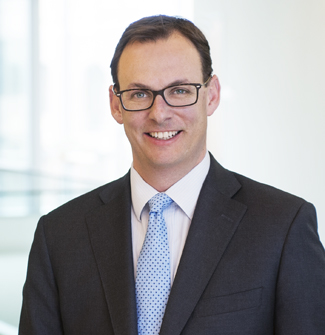 Jonathan has specialized expertise in white collar matters with extensive experience in Bank Secrecy Act, FCPA, and financial fraud investigations. Jonathan is regularly called upon to lead representations in high profile and high stakes settings and has the rare distinction of successfully first chairing both an Enron case and an FCPA case at trial.

Jonathan comes to Orrick after having spent over 11 years at the Department of Justice serving in a number of capacities including as an inaugural Deputy Chief of DOJ's Money Laundering & Bank Integrity Unit, a Senior Trial Attorney in DOJ's Criminal Fraud Section, an attorney adviser in the Office of Legislative Affairs and as an Assistant United States Attorney in Miami, Florida.

Jonathan has a deep understanding of how the Department of Justice operates internally and externally, in particular with other federal agencies such as the SEC, Treasury/FinCEN and the State Department, as well as with state and international law enforcement.

As a result of Jonathan’s wide range of government and private practice experience, Jonathan brings a unique and well-rounded perspective with which to assist clients. He is regularly asked to speak at national conferences on anti-corruption, anti-money laundering, personal liability, and responding to DOJ investigations.

Last week, FinCEN (Financial Crimes Enforcement Network) issued a formal Advisory to Financial Institutions and published FAQs outlining specific cybersecurity events that should be reported through Suspicious Activity Reports (SARs).  This Advisory follows former FinCEN Director Jennifer Shasky Calvery’s recent statements reminding “financial institutions to include cyber-derived information (such as IP addresses or bitcoin wallet addresses) in suspicious activity reports.”  It also follows the launch of the Federal Financial Institutions Examination Council (FFIEC) Cybersecurity Assessment Tool (CAT).  Although the Advisory does not change existing Bank Secrecy Act (BSA) requirements or other regulatory obligations, the Advisory highlights a series of cybersecurity events–such as Distributed Denial of Service (DDoS) attacks and ransomware incidents–that should be reported on SARs filed with FinCEN, even though they often (but not always) fall outside the traditional notion of a data breach or a compromise of personal information.