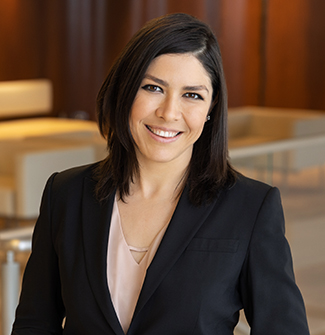 For Kyle Kessler, data privacy is where her passion for the law and for cutting-edge programs meets technology. With a background in marketing, public relations and communications, she translates marketing concepts into legal terms. Kyle brings more than a decade of business acumen and experience to her work, and companies turn to her for advice that blends practical business strategies with in-house and outside counsel perspectives.

As a privacy advisor, Kyle is undaunted by the complexity of state, federal and international data privacy and security requirements. She evaluates and advises clients on data collection, storage, use and transfer, as well as breach laws and regulations. Kyle advises on the Children’s Online Privacy Protection Act (COPPA), California Online Privacy Protection Act (CalOPPA), the new California Consumer Privacy Act of 2018 (CCPA) and on the EU General Data Protection Regulation (GDPR) from a U.S. perspective.

Kyle also advises and collaborates with her clients on general consumer protection and marketing/advertising matters. For instance, she regularly reviews marketing assets to ensure legal compliance across all channels. She also advises on unfair and deceptive trade practices, compliance issues relating to the Federal Trade Commission and the National Advertising Division (NAD) of the Better Business Bureau, the Fair Credit Reporting Act (FCRA), and the Gramm-Leach-Bliley Act (GLBA), as well as on other state and federal laws.

Before joining Orrick, Kyle was an in-house attorney at one of the Forbes 100 Largest Private Companies, and she has experience in the retail industry working in, among other things, data protection, incident response, unfair and deceptive trade practices and consumer-protection matters.

Kyle is an active member of the International Association of Privacy Professionals (IAPP), the LGBT Bar Association of Los Angeles and Women in Security and Privacy (WISP).

On February 7 and again on February 10, 2020, the California Attorney General Xavier Becerra released an updated draft of proposed regulations pursuant to the California Consumer Privacy Act of 2018 (“CCPA”).  The updated drafts feature significant changes, clarifications and reversals of policy from the original proposal.

The updated draft regulations—available here (clean) and here (redline to the original October 2019 Draft)—reflect input gathered during the public comment period and series of public hearings which concluded on December 6, 2019. The first draft of the proposed regulations, the public comments and the transcripts and audio of the public hearings are available on the Attorney General’s CCPA webpage.  The Attorney General also updated the online cache of documents and other information relied upon in preparing the revised draft regulations here.

END_OF_DOCUMENT_TOKEN_TO_BE_REPLACED

This fine highlights the European data protection authorities’ continued concern over the collection of personal information through cookies and other tracking technologies and should thus attract the attention of companies that provide websites to customers in the EU. The decision might set the standard for fines on the lack of consent for cookies and is in line with the rather conservative view of the European Court of Justice (“CJEU”) in its recent court decision, which explicitly referred to the GDPR (please also see our blog post on the CJEU’s decision). END_OF_DOCUMENT_TOKEN_TO_BE_REPLACED

Following in California’s footsteps, Nevada has passed a new privacy law providing consumers the right to opt out of the sale of their personal information. Senate Bill 220 (SB-220), signed into law by Governor Steve Sisolak on May 29, 2019, amends Nevada’s existing online privacy statute, NRS 603A.340, to include a requirement that online operators provide consumers with a means to opt out of the sale of specific personal information collected by websites or online services. The act goes into effect on October 1, 2019 – three months ahead of the January 1, 2020 effective date of the California Consumer Privacy Act (CCPA) – which may force companies to fast track implementation efforts for opt-out requests in particular. END_OF_DOCUMENT_TOKEN_TO_BE_REPLACED

In an increasing trend, the Federal Trade Commission (FTC) joined other federal regulators seeking to hold individuals – not just companies – liable in enforcement proceedings. The most recent target was San Francisco-based UrthBox, Inc. and its principal, Behnam Behrouzi. Specifically, Urthbox and Behrouzi agreed to settle FTC allegations that UrthBox engaged in unfair or deceptive acts or practices by: (1) failing to adequately disclose key terms of its “free trial” automatic renewal programs, and (2) misrepresenting that customer reviews were independent when, in fact, UrthBox provided customers with free products and other incentives to post positive reviews online.[1]

END_OF_DOCUMENT_TOKEN_TO_BE_REPLACED

At the beginning of this month, more than 4,000 privacy professionals from around the globe gathered in Washington, D.C. for the International Association of Privacy Professionals’ Global Privacy Summit 2019. The conference focused on lessons learned from the first year of GDPR enforcement in Europe, the expansion of European-style rights to more jurisdictions around the world, plans for addressing new obligations imposed by the CCPA in California, and the future of privacy law in the United States including whether federal legislature is likely or desired – especially in light of the CCPA and similar proposed legislation in states throughout the nation. END_OF_DOCUMENT_TOKEN_TO_BE_REPLACED

This past September Governor Brown signed into law Senate Bill 327, which is the first state law designed to regulate the security features of Internet of Things (IoT) devices. The bill sets minimum security requirements for connected device manufacturers, and provides for enforcement by the California Attorney General. The law will come into effect on January 1, 2020, provided that the state legislature passes Assembly Bill 1906, which is identical to Senate Bill 327. END_OF_DOCUMENT_TOKEN_TO_BE_REPLACED

The California Consumer Privacy Act of 2018 (the “CCPA” or the “Act”), which we reported on here and here continues to make headlines as the California legislature fast-tracked a “clean up” bill to amend the CCPA before the end of the 2018 legislative session. In a flurry of legislative activity, the amendment bill (“SB 1121” or the “Amendment”) was revised at least twice in the last week prior to its passage late in the evening on August 31, just hours before the legislative session came to a close. The Amendment now awaits the governor’s signature.

Although many were hoping for substantial clarification on many of the Act’s provisions, the Amendment focuses primarily on cleaning up the text of the hastily-passed CCPA, and falls far short of addressing many of the more substantive questions raised by companies and industry advocates as to the Act’s applicability and implementation. END_OF_DOCUMENT_TOKEN_TO_BE_REPLACED