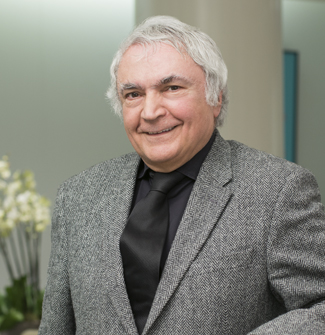 Noël Chahid-Nouraï is a lawyer in Orrick’s Paris office and a member of the Public law team. He represents governments, public entities, companies and financial institutions on complex energy and infrastructure projects, concessions and PPP, regulatory matters and disputes, in France and abroad, including African countries.

According to Chambers & Partners, Noël is consistently recognized by his clients as a top practitioner in France, notably for his contractual and regulatory work. His vast experience on PPP, concessions and public procurement matters includes advising the French government on both the renewal of hydroelectric concessions and the ASFA association and several motorway companies on their relations with the French State.

Noël has also advised key players in the telecommunications, audiovisual, energy, data protection (GDPR) and financial sectors on regulatory matters, as well as public structures and semi-public companies on corporate work (creation, development and modification, etc.). He also has a focus on public law litigation, from a contractual and regulatory perspective. Noël has a strong expertise in terms of public persons and public law arbitrations (arbitration proceedings and appeal of arbitration awards).

With a long-standing experience on international projects, Noël has represented clients in many cross-border transactions. As such, he was involved in 2014 in the acquisition of Alstom’s Power and Grid businesses by General Electric, where he advised on the regulatory and investments control aspects.

Noël started his career in public administrations where he was, among various other experiences, Advocate General and President of one of the dispute chambers of Conseil d’État, Legal counsel to the Minister of Foreign Affairs, Director of the Office of the Ministry for Foreign Trade, Deputy Director General of the French national film administration (CNC). After three years as a tax lawyer at an independent French law firm, he headed the Public Law department in the Paris office of another major international law firm from 2001 to 2011. Until 2020, he was co-heading Orrick's Public Law team.

The timing of this publication is interesting as it took place a few days after the decision of the French Highest Administrative Court (the Conseil d’Etat) on the so-called Google case.