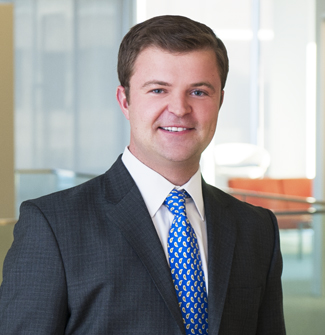 Rich’s practice entails conducting internal investigations with a focus on potential violations of the Foreign Corrupt Practices Act (FCPA).  Rich has experience with unique anti-corruption concerns that vary by region and industry.  He has conducted investigations in South America, Europe, Asia, and the Middle East, and worked with a variety of multinational companies across several different industries, including:

Rich also works with clients to improve compliance programs with an emphasis on the FCPA and other anti-corruption and anti-bribery laws.  He frequently assists clients with anti-corruption diligence related to potential acquisitions and joint venture partners.

Cyber criminals posing as company executives have successfully made off with millions from company coffers by tricking company employees into sending them the cash. Insurers are increasingly taking the position that this type of fraud is not covered under cybercrime policies.

END_OF_DOCUMENT_TOKEN_TO_BE_REPLACED

Data breaches and cyber-attacks dominated headlines during 2014. As the dust from the Target data breach settled, corporate America watched as well-respected companies came forward with their own public disclosures. The attacks varied in design and spanned industries: within the retail sector, Target and Home Depot were breached; within the finance sector, J.P. Morgan revealed that it suffered a breach that affected 76 million households; and Community Health Systems—a publicly traded company that operates 206 hospitals—reported in August that Chinese hackers stole medical records from 4.5 million patients. The sources of the data breaches range from high school students to foreign governments. In addition to intentional attacks, the public discovered that an encryption flaw dubbed “Heartbleed” had opened a window for the past two-and-one-half years through which hackers could steal personal information with little risk of detection. END_OF_DOCUMENT_TOKEN_TO_BE_REPLACED

Orrick's Amy Lauren, Parag Patel and Sulina Gabale will speak at the @Microsoft 2nd Annual Tech Law Summit, hosted by @howardlawschool on Feb. 27. The conference focuses on the importance of #diversity in the development and legislation of new #technology. ow.ly/yz7K50yaqHW Retweeted by Orrick Trust Anchor