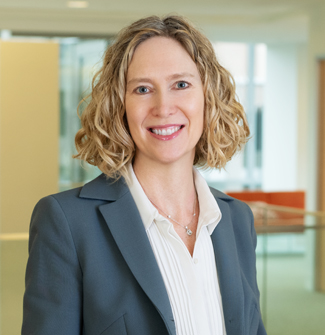 Examples of Jeanine’s experience include:

Jeanine is ranked in both the CFIUS Experts and Export Controls & Economic Sanctions categories by Chambers USA in 2019 and 2020. An interviewee had this to say of their experience working with Jeanine, “I am continuously impressed by her extensive knowledge, excellent communication skills and her ability to wrap her subject matter expertise around the details of the matter and then drive conclusions or recommendations for next steps."

A recent federal criminal action shows the depth of the U.S. government’s concern about the use of cryptocurrency (or virtual currency) to violate economic sanctions laws and the lengths to which it will go to charge such violations. The U.S. government is particularly concerned that sanctioned countries and parties have used cryptocurrency to avoid sanctions designed to isolate them, and to facilitate illicit activities, including money laundering and ransomware attacks. The U.S. Office of Foreign Assets Control of the Treasury Department (OFAC), which administers U.S. economic sanctions programs, indicated recently that it intends to devote more resources to cryptocurrency issues. Over the past year or so, OFAC has issued a number of subpoenas to virtual currency businesses, such as exchanges, regarding possible customers and transactions involving parties in sanctioned countries. OFAC will probably announce its first enforcement actions involving virtual currency at some point this year. In addition, as discussed in Orrick’s recent blog post, the U.S. Commodity Futures Trading Commission, the Treasury Department’s Financial Crimes Enforcement Network (FinCEN), and the U.S. Securities and Exchange Commission remain focused on AML risks presented by cryptocurrency.

In an unusual application of economic sanctions law, in November 2019 a U.S. citizen was arrested and charged by the U.S. Attorney for the Southern District of New York with violating U.S. sanctions after he traveled to North Korea and delivered a presentation and technical advice related to the use of cryptocurrency and blockchain technology. In the case, which did not involve cryptocurrency transactions, the U.S. Attorney charged Virgil Griffith, an Ethereum Foundation staff member, with conspiring to violate U.S. sanctions laws that generally prohibit the provision of unlicensed services to North Korea. According to the U.S. Attorney’s Office, Mr. Griffith had traveled to North Korea to attend and speak at the Pyongyang Blockchain and Cryptocurrency Conference, despite the U.S. government’s denial of his request for authorization to attend. The U.S. government alleges that at the conference Mr. Griffith and other attendees discussed how North Korea could use blockchain and cryptocurrency technology to launder money and evade sanctions.

OFAC has issued frequently asked questions emphasizing that compliance obligations remain the same regardless whether transactions are denominated in virtual currency or fiat, and has started to include in its Specially Designated Nationals and Blocked Persons List (SDN List) virtual currency addresses that are linked to sanctioned persons. Sanctions are enforced with the help of U.S. businesses, in particular banks and other financial institutions, which have implemented systems and internal controls to detect the involvement of designated persons or prohibited jurisdictions in transactions. The U.S. government expects a similar level of commitment from entities dealing in cryptocurrency. It is critical that U.S. virtual currency users, exchangers, administrators and other persons engaging in virtual currency transactions with any U.S. nexus take steps designed to ensure that they do not deal with U.S. sanctions targets, which include providing financial or other services to such parties. OFAC has advised technology companies, administrators, exchangers, and users of virtual currencies, and other payment processors, to implement risk-based compliance programs, which generally should include sanctions list screening. This is consistent with OFAC’s recommendations included in A Framework for OFAC Compliance Commitments issued in June 2019.

Because a strict liability standard applies to unauthorized dealings with sanctioned parties and jurisdictions, U.S. persons dealing in cryptocurrency cannot avoid potential liability simply because they do not know the identity of the person with whom they are interacting. And the risk of dealing with sanctioned persons and jurisdictions when conducting virtual currency transactions will likely increase should nations like Iran and Russia further embrace cryptocurrency to try to avoid sanctions. In 2018, Iran reportedly acknowledged cryptocurrency mining as a legitimate industry, and in December 2019, Iran’s President reportedly proposed creation of a Muslim cryptocurrency to decrease reliance on the U.S. dollar. The U.S. government acted in 2018 to prohibit transactions involving Venezuela’s state virtual currency, the “Petro.”

To protect against potential sanctions violations, there are key steps that cryptocurrency users and exchanges can take. Crypto exchanges operating in the United States are required to register with FinCEN as money services businesses, to license themselves in the states in which they operate, and to exclude users in sanctioned jurisdictions and those on OFAC’s SDN List from transacting on the exchange. These exchanges should adopt and implement Know Your Customer procedures, including sanctions screening, to identify parties trading on their exchanges, and can employ geo-IP blocking to prohibit access by parties from sanctioned jurisdictions. They should perform transaction monitoring to detect suspicious activity and file required reports with FinCEN. U.S. persons trading in cryptocurrency should use exchanges committed to complying with U.S. sanctions requirements. If the exchange allows sanctioned parties to participate, a U.S. person could end up unknowingly trading with such a party and thus violating U.S. law. Exchanges operating outside the United States that want to attract U.S. users should also consider implementing such measures, to exclude targets of U.S. sanctions from trading. Non-U.S. exchanges that permit access to certain U.S. sanctions targets may risk imposition of U.S. “secondary sanctions” designed to deter non-U.S. persons from engaging in business with targets of U.S. sanctions.