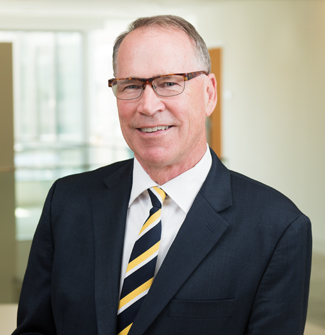 When a tech company faces an issue that will draw the highest levels of antitrust scrutiny in the US and around the world – be it an M&A deal or a conduct investigation – Jim Tierney is who you consult.

Jim served in the Department of Justice’s Antitrust Division for more than 25 years, the last 10 of which he ran the Technology & Financial Services section (formerly the Networks and Technologies Section or Net Tech) that oversaw the review, investigation and litigation of every major strategic technology transaction and conduct issue, including those involving the big 5 tech industry leaders. Reaching beyond just technology, Jim also oversaw matters in the areas of financial services, securities industries, and professional associations.

Jim brings this vast experience to Orrick’s large technology clients and advises them on navigating the tricky waters of government investigations of business activities with antitrust implications like mergers, joint ventures, and single-firm conduct. He knows how the DOJ will view proposed transactions, what issues are likely to trip up a deal or investigation and has relationships throughout the DOJ to get things done. And while Jim served as head of Technology & Financial Services, he worked closely with his counterparts in competition agencies around the world and is able to draw on those invaluable relationships in foreign jurisdictions. His ability to anticipate problems that he saw while sitting on the other side of the table has allowed him to successfully gain merger clearance for Microsoft’s acquisition of GitHub and Cisco’s acquisition of Viptela, as well as resolving numerous technology matters for AT&T, Cerence, eBay, Netflix, Sonos and others.

Jim is a five-time recipient of the Assistant Attorney General Award of Distinction, and also received the prestigious Roberts Award in 2011 for excellence, leadership and dedication in the enforcement of antitrust laws. Prior to becoming Net Tech’s chief, he served for three years as assistant chief of the Antitrust Division’s Litigation 2 section and was a trial attorney in the agency from 1994 to 2003. He clerked for Washington State Supreme Court Justices James A. Andersen and Fred H. Dore.

In an October surprise, the DOJ and FTC (collectively, the “Agencies”) released guidance for HR professionals on the application of the antitrust laws to employee hiring and compensation.  The Agencies’ October 20, 2016 release, Antitrust Guidance for Human Resource Professionals, announced that “naked” agreements among employers not to poach each other’s employees and to fix wages and other terms of employment are per se illegal.  Critically, for the first time, the Agencies warn that such agreements could result in criminal prosecution against individual HR professionals, other company executives, as well as the company.  This Guidance, coupled with repeated requests to approach the Agencies to report such agreements, signals a significant shift in enforcement focus for the Agencies, including a further move to individual prosecutions, particularly when taken together with last year’s DOJ Yates Memorandum calling for more emphasis on individual executive liability.