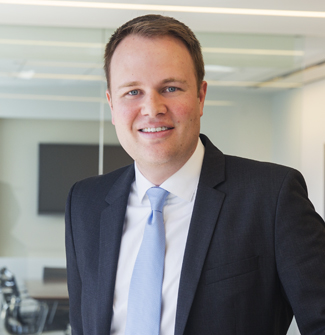 Kevin has litigated matters in state and federal courts around the country, in arbitration, in administrative proceedings, and on appeal.

Kevin has also devoted a significant portion of his time to pro bono matters. Public Counsel’s Immigrants’ Rights Project awarded Kevin its 2016 Pro Bono Award in recognition of his representation of an asylum seeker in a long-running matter.

Kevin has published articles on securities-related topics in the Daily Journal, the National Law Journal, Bloomberg BNA, and other publications.

On March 8, 2017, a divided panel of the Ninth Circuit issued an opinion in Somers v. Digital Realty Trust Inc. that further widened a circuit split on the issue of whether the anti-retaliation provisions in the Dodd-Frank Wall Street Reform and Consumer Protection Act apply to whistleblowers who claim retaliation after reporting internally or instead only to those who report information to the SEC.  Following the Second Circuit’s 2015 decision in Berman v. Neo@Ogilvy LLC, the Ninth Circuit panel held that Dodd-Frank protections apply to internal whistleblowers.  By contrast, the Fifth Circuit considered this issue in its 2013 decision in Asadi v. G.E. Energy (USA), LLC and found that the Dodd-Frank anti-retaliation provisions unambiguously protect only those whistleblowers who report directly to the SEC. END_OF_DOCUMENT_TOKEN_TO_BE_REPLACED