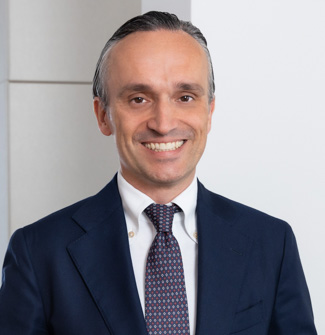 Dr. André Zimmermann, a Certified Specialist for Employment Law (Fachanwalt für Arbeitsrecht) and partner at Orrick's Düsseldorf office, heads Orrick’s employment law practice in Germany. André has been advising on complex employment law issues for more than 15 years, with a focus on the employment law aspects of M&A transactions, restructurings and headcount reductions, and a special sector focus on technology companies.

André advises companies of all stages, pre-IPO startups, scaleups, unicorns and international corporations on a wide range of matters, having handled everything from day-to-day practical advice tailored to his clients’ needs, to complex multi-jurisdictional transactions from strategic planning through post-merger integration. Having long-standing experience in negotiating with works councils and unions in restructuring measures of all kind, a special focus of André's practice is on restructurings and headcount reductions.

He has advised on the employment law aspects in over 300 M&A transactions and financing rounds across various industries. Transactional advice includes employment law advice in complex, international technology transactions, M&A projects as well as private equity and venture capital investments, from due diligence to post-closing integration.

André has thorough knowledge of and a genuine passion for the tech industry. Over the last years, André has become the go-to-advisor of several Bay Area tech-companies, leaders in their market and high-growth tech companies. Most recently, he has advised leading global technology companies such as GoPro, Pinterest, GitHub, Nvidia, Sabre, Snap and Splunk on various employment matters.

André has received several awards for his work, inter alia:

Clients recommend André to JUVE as “straight shooter" and "always refreshingly honest". Our clients praise his "creative and efficient style of working" and "a very practical and efficient style of providing advice", referring to him as "extremely responsive and always accessible" and as "an excellent advocate in court hearings". Clients appreciate André's "clear, sound and pragmatic real-world advice" and his "in-depth knowledge of the tech employment world".

Germany is not exactly known to be a pioneer when it comes to equal pay. In Germany, the pay gap remains particularly large and is only closing slowly, according to the Federal Statistical Office. The Federal Labor Court now took a step ahead to strengthen women’s rights in its latest ruling which will enable women to enforce their rights and simplify proceedings in equal-pay cases by putting the burden of proof on employers. END_OF_DOCUMENT_TOKEN_TO_BE_REPLACED

Since January 6, 2018, employees in Germany may bring a claim to information on their peers’ salary under the Pay Transparency Act (Entgelttransparenzgesetz – EntgTranspG). Learn how to react when you receive the first information claim. END_OF_DOCUMENT_TOKEN_TO_BE_REPLACED

There is a trend of regulations being put into place prohibiting prospective employers from asking questions about an applicant’s recent or current compensation. “What’s your salary?” has become a no-no in job interviews in several states (including Philadelphia, Massachusetts, Delaware and Oregon). New York City passed legislation in April 2017. California’s Governor just signed a new law making prior salaries a thing of the past. San Francisco has become the latest city to prohibit employers from asking job applicants to disclose their salary history effective July 1, 2018. END_OF_DOCUMENT_TOKEN_TO_BE_REPLACED

On July 6, 2017, the Pay Transparency Act (Entgelttransparenzgesetz – EntgTranspG) came into force aiming to tackle the gender pay gap – which is suspected to range somewhere between 7 and 22 % in Germany. The Act mainly provides for information rights of employees and for the implementation of review and reporting procedures in companies.

END_OF_DOCUMENT_TOKEN_TO_BE_REPLACED

As we reported, the requirements of the Equal Pay Act as now adopted have been lessened in comparison with the preliminary ministerial draft we initially reported on, in accordance with the agreement found by the coalition committee of the German government parties.

Still, the Federal Minister for Family Affairs, Senior Citizens, Women and Youth declared the adoption of the Equal Pay Act an important breakthrough for a fair payment of women. She announced that the individual right to information, the reporting obligation and review procedure can be expected to change corporate culture in Germany.

END_OF_DOCUMENT_TOKEN_TO_BE_REPLACED

The final UK Mandatory Gender Pay Gap Regulations have been published and are due to be implemented on 6 April 2017 for all companies with more than 250 employees in the U.K.  April 2017 is the same month in which you have to capture your data in order to publish your pay gap information in time for the deadline of April 2018  – so the time to take action has now arrived.

In Germany, equal pay legislation is expected to come into force in summer 2017 and will provide for information rights of employees and works councils, as well as, for investigation processes and reporting obligations of employers.

This webinar focuses on the requirements of the U.K. final regulations, preparing your ‘data snapshot’ and what the requirements are for publication.  We will also discuss the evolving landscape of sanctions and whether a failure to publish might lead to enforcement action from the Equalities and Human Rights Commission. Recent Equal pay developments in the US and throughout the EU will also be addressed.

MCLE credit will be given for this program.

On October 6, 2016, the coalition committee of the German government parties agreed on the planned Equal Pay Act (Entgeltgleichheitsgesetz). We described the first draft of the Equal Pay Act submitted by the German Federal Ministry for Family Affairs, Senior Citizens, Women and Youth in our blog post earlier this year.

END_OF_DOCUMENT_TOKEN_TO_BE_REPLACED

Statistics reveal a difference of 7 percent between the remuneration paid to men and that paid to women with the same qualifications in Germany. The average hourly wage even shows a difference of 22 percent, making pay discrepancy in Germany one of the highest in the EU. In order to adjust these wage injustices, the German Federal Ministry for Family Affairs, Senior Citizens, Women and Youth submitted a first preliminary ministerial draft of the German Equal Pay Act (Entgeltgleichheitsgesetz) on December 9, 2015. The act is expected to be adopted in 2016.