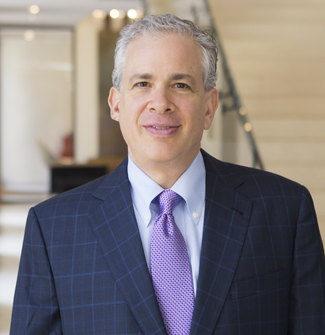 A former law clerk to U.S. Supreme Court Justice William J. Brennan Jr. and then-Judge Antonin Scalia on the D.C. Circuit, Josh has personally argued more than 200 appeals in state and federal appellate courts across the nation, including 20 before the U.S. Supreme Court.

Josh is the only lawyer ever named American Lawyer's “Litigator of the Year” twice. In 2012, the magazine dubbed him “the Defibrillator” based on his streak of appellate wins for companies that “appeared to be at death’s door,” and in 2017 it declared, he “still deserves the moniker we once gave him.”

Chambers USA has reported, “He wins accolades for his ‘brilliant analysis and judgment.’ Clients appreciate how he ‘rethinks every case from the ground up,’ and add: ‘He can take the most complicated legal or technological issue and present it in a way that seems like common sense.’” Another edition of Chambers USA added: “‘His briefs are quite simply beautiful,’” and “clients describe his courtroom presence as ‘both commanding and accessible at the same time.’ He has the ‘perfect combination of persuasiveness, intelligence, wit, and deference.’”

Clients turn to Josh to win the highest stakes appeals, including appeals in cases that threaten the very survival of a business. He represented Microsoft in an international cause célèbre in the U.S. Supreme Court challenging the U.S. Government’s claim that it can serve warrants for emails stored overseas. He represented DISH Network in one of the most high-profile patent appeals in the country, successfully overturning an injunction that threatened the company's life. He represented Facebook in the high-profile battle waged by the founder's Harvard classmates, the Winklevoss twins, who laid claim to the idea for Facebook, winning a ruling from the Ninth Circuit to end the lawsuit.

Josh was the founding president and CEO of the Brennan Center for Justice at New York University School of Law, one of the country’s foremost public interest firms. Over the course of eight years, he was the Brennan Center’s chief strategist on litigation and public policy advocacy. Under his direction, the center represented parties in connection with more than 50 cases (including three at the U.S. Supreme Court). Before creating the Brennan Center, Josh founded the Office of the Appellate Defender, a public defender office specializing in criminal appeals.

Josh has published numerous books, monographs, chapters and scholarly articles. He has also authored 18 op-eds or articles in major newspapers and magazines, including The New York Times, The Washington Post, The Los Angeles Time, The Chicago Tribune, The Washington Monthly, The Boston Review, The National Law Journal, and The American Prospect.

On March 24, 2015, the Supreme Court issued its much anticipated decision in Omnicare, Inc. v. Laborers District Council Construction Industry Pension Fund, No. 13-435, 2015 WL 1291916 (Mar. 24, 2015).  With some significant caveats (discussed below), the decision is largely protective of issuers: it enshrines the distinction between “opinions” and “facts,” and generally makes it difficult to hold issuers liable for securities fraud based on statements of opinion.

In brief, the Court held that issuers that include opinions in a registration statement may be liable under Section 11 of the Securities Act of 1933 (the “Securities Act”) for making an untrue statement of fact only when the issuer does not subjectively believe the stated opinion.  In so holding, the Court rejected the Sixth Circuit’s view that an honestly-held opinion that was at the time or later proved to be untrue could subject the issuer to liability.  As the Court put it, Section 11 “is not, as the Court of Appeals and the [plaintiffs] would have it, an invitation to Monday morning quarterback an issuer’s opinions.”