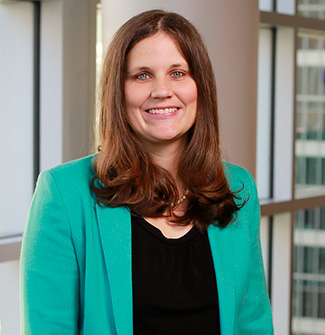 Lacey’s corporate investigation experience includes insider trading, False Claims Act and Anti-Kickback Statute investigations. She has also represented clients in a range of government enforcement action, including those brought by the SEC, DOJ, and state regulators.

Lacey’s pro bono work has included briefing and arguing an appeal before the Ninth Circuit Court of Appeals, first-chair representation of clients at administrative hearings, advising non-profit clients on compliance matters, and assisting a woman serving a life sentence in gaining parole after 34 years in prison.

While in law school, Lacey participated in the East Bay Community Law Center’s Housing practice. While at EBCLC, Lacey successfully represented clients in administrative hearings and successfully wrote and argued dispositive motions in unlawful detainer proceedings.  She joined Orrick in 2012.

The SEC announced last week that it has obtained yet another admission of wrongdoing in connection with an agreement to settle an SEC enforcement action.  This time, Peter A. Jenson, the former COO of Harbinger Capital Partners LLC, admitted that he aided and abetted Harbinger’s CEO, Philip Falcone, in obtaining a fraudulent loan from Harbinger.  Jenson agreed to a $200,000 penalty along with a two-year suspension from practicing as an accountant on behalf of any SEC-regulated entity.  The settlement awaits court approval.

The Jenson settlement is the latest in a series of settlements in which the SEC has obtained admissions of wrongdoing since announcing changes to its “no admit/no deny” settlement policy in June 2013. Other examples include the March 2014 Lions Gate settlement, the February 2014 Scottrade settlement, and the August 2013 Falcone/Harbinger settlement that settled charges related to those Jenson settled last week.    END_OF_DOCUMENT_TOKEN_TO_BE_REPLACED

Will shareholder litigation survive the abandonment of the fraud-on-the-market presumption of reliance?  After the Supreme Court’s announcement that it will be considering the presumption in Halliburton Co. v. Erica P. John Fund,  No. 13-317, there is much discussion of whether a rejection of fraud-on-the-market could mean the end of securities litigation.  The fraud-on-the-market doctrine, set forth in Basic Inc. v. Levinson, 485 U.S. 224, 243-50 (1988), allows a plaintiff seeking class certification to use a rebuttable presumption to establish reliance.  The presumption is that public information is reflected in the price of a stock traded on a well-developed market, and that investors rely on the integrity of the market price when deciding whether to buy or sell a security.  Under the doctrine, investors do not need to show they actually relied on a misstatement in order to satisfy the “reliance” element of their claim for class certification.  Though overturning the presumption would have a significant impact on shareholder class actions under Section 10(b) of the Securities Exchange Act of 1934, it would not spell the end of shareholder litigation. END_OF_DOCUMENT_TOKEN_TO_BE_REPLACED