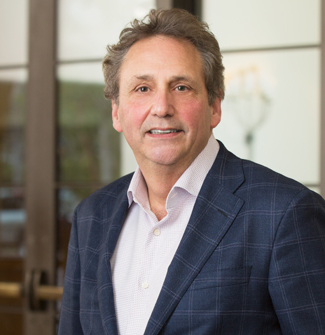 Partner
New York
mdelikat@orrick.com
Read full biography at www.orrick.com
Michael Delikat, a partner in the New York office, was the previous Chair of Orrick's Global Employment Law Practice for over twenty years, which has employment law teams in the European Union, Asia as well as the United States.

He also is the founder of the firm’s Whistleblower Task Force. He previously served as the Managing Director of Orrick’s Litigation Division.

Under Mike's leadership, Orrick’s Employment Law & Litigation group was recently named Labor & Employment Department of the Year in California for the fourth consecutive year by The Recorder, the premier source for legal news, in recognition of their significant wins on behalf of leading multinational companies on today’s most complex and challenging employment law matters. The practice group has also been chosen as one of the top national employment law practices by Law 360. Chambers USA and Chambers Global has ranked him in Band 1 since it began publishing its rankings, noting he is a "giant of the employment bar, widely regard as an expert in whistleblowing matters and sex harassment claims","sought out by premier clients to handle high-stakes employment litigation and investigations," and "a very persuasive advocate who knows the law inside out and is able to get to the heart of the issue very quickly."

He represents a broad range of major corporations and other institutions including law firms in all facets of labor and employment law. Mike has an active trial, arbitration and appellate practice and handles a number of high-visibility class action and impact cases.

On August 21, 2012, the Securities and Exchange Commission (SEC) announced that it has awarded its first whistleblower bounty, just over one year after the SEC’s Dodd-Frank whistleblower rules became effective. The SEC’s Claims Review Staff issued a short order, Release No. 34-67698, granting the whistleblower’s award, which notes that the SEC declined to award a claim to a second whistleblower involved in the action.
END_OF_DOCUMENT_TOKEN_TO_BE_REPLACED