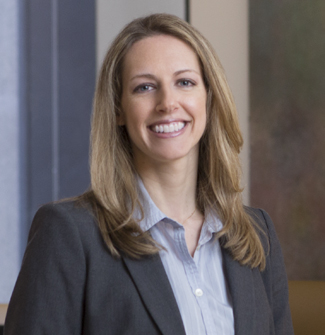 Renee Phillips, partner in the New York office and Co-Head of Orrick’s Whistleblower Task Force, focuses her practice on employment litigation and counseling, with particular emphasis on Sarbanes-Oxley/Dodd-Frank whistleblower issues and internal investigations.

Renee is the co-author of the PLI treatise, Corporate Whistleblowing in the Sarbanes-Oxley/Dodd-Frank Era. She regularly writes and speaks on whistleblower and other employment topics.

On March 8, 2017, a divided panel of the Ninth Circuit issued an opinion in Somers v. Digital Realty Trust Inc. that further widened a circuit split on the issue of whether the anti-retaliation provisions in the Dodd-Frank Wall Street Reform and Consumer Protection Act apply to whistleblowers who claim retaliation after reporting internally or instead only to those who report information to the SEC.  Following the Second Circuit’s 2015 decision in Berman v. Neo@Ogilvy LLC, the Ninth Circuit panel held that Dodd-Frank protections apply to internal whistleblowers.  By contrast, the Fifth Circuit considered this issue in its 2013 decision in Asadi v. G.E. Energy (USA), LLC and found that the Dodd-Frank anti-retaliation provisions unambiguously protect only those whistleblowers who report directly to the SEC.

Plaintiff Paul Somers alleged that Digital Realty Trust fired him after he made several reports to senior management regarding possible securities law violations. Somers only reported these possible violations internally at the company, and not to the SEC.  After his employment was terminated, Somers sued Digital Realty, alleging violations of state and federal securities laws, including violations of the whistleblower protections under Dodd-Frank.  Digital Realty moved to dismiss on the ground that Somers was not a “whistleblower” under Dodd-Frank.  The district court denied the motion, deferring to the SEC’s interpretation that internal reporters are also protected from retaliation under Dodd-Frank.

END_OF_DOCUMENT_TOKEN_TO_BE_REPLACED

On August 4, 2015 the Securities and Exchange Commission issued interpretive guidance elaborating its view that the anti-retaliation provisions in the Dodd-Frank Wall Street Reform and Consumer Protection Act apply equally to tipsters who claim retaliation after reporting internally, as well as those who are retaliated against after reporting information to the SEC.  The guidance reflects that there is a split among federal courts over whether Dodd-Frank’s whistleblower retaliation provisions apply to internal as well as external reporting, and recognizes that the only circuit court to decide the issue to date, the Fifth Circuit, has taken a contrary position to that of the Commission in Rule 21F, the regulation the SEC adopted to implement the whistleblower legislation, holding that internal reports are not protected by Dodd-Frank. Whether internal reports qualify for Dodd-Frank coverage has important implications because, among other things, Dodd Frank provides enhanced recoveries (including two times back pay) and longer time frames (six years) for bringing a retaliation claim than would be available under the anti-retaliation provisions in the Sarbanes-Oxley Act of 2002.

END_OF_DOCUMENT_TOKEN_TO_BE_REPLACED

The need to detect and investigate reported allegations of wrongdoing within a corporation has long been a fact of corporate life. In the last 15 years, however, a combination of circumstances has contributed to an explosion of activity in this area. Among the contributing factors was Congress’ passage of laws and related agency regulations encouraging and, in some cases, mandating that employees report suspected corporate misconduct; creating financial incentives for employees to do so; and prohibiting retaliation against those who report. For companies, understanding their obligations pursuant to this statutory regime and the unsettled issues still surrounding it is crucial both for purposes of complying with applicable law and responding appropriately to alleged wrongdoing. Recently Orrick attorneys drafted an article for the Review of Securities & Commodities Regulation that discusses certain significant whistleblowing provisions of the Sarbanes-Oxley Act of 2002 (“Sarbanes-Oxley”) and the Dodd-Frank Wall Street Reform and Consumer Protection Act (“Dodd-Frank”), as well as best practices for responding to tips where these statutes apply.

Check out this week’s Employment Law and Litigation Blog post on the SEC’s Dodd-Frank Whistleblower Program.

The U.S. Securities and Exchange Commission recently announced the latest whistleblower bounty awarded under the Dodd-Frank Act, which authorizes rewards for original information about violations of securities laws.  Whistleblowers can receive 10 percent to 30 percent of the money collected in an SEC enforcement action where the monetary sanctions imposed exceed $1 million.

END_OF_DOCUMENT_TOKEN_TO_BE_REPLACED

On June 16, 2014, the SEC issued its first-ever charge of whistleblower retaliation under section 922 of the Dodd-Frank Act, charging a hedge fund advisor and its owner with “engaging in prohibited principal transactions and then retaliating against the employee who reported the trading activity to the SEC.” END_OF_DOCUMENT_TOKEN_TO_BE_REPLACED

On Monday, May 19, 2014, the Commodity Futures Trading Commission (“CFTC”) issued its first award to a whistleblower under its Dodd-Frank bounty program.

The Commission will pay $240,000 to an unidentified whistleblower who “voluntarily provided original information that caused the Commission to launch an investigation that led to an enforcement action” in which the judgment and sanctions exceeded $1 million. The heavily redacted award determination on the CFTC’s website does not reveal the name of the implicated company, the nature of the wrongdoing involved, the percentage of bounty the whistleblower received (which is required to be between 10 and 30 percent pursuant to the statute), or the factors considered in determining the percentage of the bounty.

Prior to this first grant of an award to a whistleblower under the CFTC’s Dodd-Frank bounty program, there were 25 denials of award claims. The reasons for the denials primarily fell into one or more of several categories:

Time will tell whether this first award will have any effect on the number of whistleblowers who report to the CFTC or the quality of information the Commission receives.

Momentum for the SEC’s Dodd Frank whistleblower program is growing, and 2014 can be expected to bring continued expansion of the program and the number and types of whistleblower actions initiated by the SEC.  The SEC’s annual report to Congress reported that 3,238 whistleblower tips were received in 2013, up almost 10% from 2012, and awards to whistleblowers who provide information to the SEC are increasing as more substantive tips are received.

An investigation by the SEC into a whistleblower tip can take several years to culminate in an enforcement action, so the last year likely saw just the beginning of a wave of enforcement actions.  Despite the fact that over 6,000 tips have been received through 2013, the SEC has issued only six separate awards to tipsters.  Those awards have ranged from $125,000 to a record $14 million, representing 10 to 30 percent of the overall funds recovered by the SEC in these whistleblower cases. END_OF_DOCUMENT_TOKEN_TO_BE_REPLACED

The SEC released its Fiscal Year 2013 Annual Report   (the “Report”) to Congress on the Dodd-Frank Whistleblower Program on  November 15, 2013.  The Report analyzes the tips received over the last twelve months by the SEC’s Office of the Whistleblower (“OWB”) and provides additional information about the whistleblower award evaluation process.

Breakdown of Tips Received in FY 2013

The OWB reported a modest increase in the number of whistleblower tips and complaints that it received in 2013 – 3,238 tips in 2013 compared to 3,001 in 2012.  Overall, the 2013 whistleblower tips were similar in number, type, and geographic source to the whistleblower tips reported in 2012.  As in 2012, the most common types of allegations in 2013 were: Corporate Disclosure and Financials (17.2%), Offering Fraud (17.1%), and Manipulation (16.2%).  Most whistleblowers, however, selected “Other” when asked to describe their allegations.  In 2012, the most common complaint categories reported were also Corporate Disclosure and Financials (18.2%), Offering Fraud (15.5%), and Manipulation (15.2%).  See Appendix B to the Report, listing tips by allegation type and comparing tips received in 2013 to those received in 2012. END_OF_DOCUMENT_TOKEN_TO_BE_REPLACED