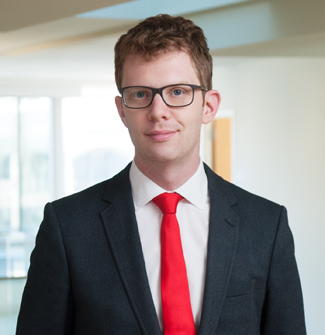 Randall has co-authored appellate briefs on a range of issues, including immigration, Indian law, federal civil procedure, and the Fourth Amendment. He has also participated in dispositive motion practice and strategic planning at the trial stage in both federal and state courts.

Prior to joining Orrick, Randall clerked for Judge Christopher F. Droney of the United States Court of Appeals for the Second Circuit and for Justice Barbara Lenk of the Massachusetts Supreme Judicial Court. A graduate of Harvard Law School, where he served as Executive Editor for Solicited Content for the Harvard Civil Rights—Civil Liberties Law Review, Randall also earned an LL.M. from the Faculty of Law at the University of Cambridge, where he wrote a dissertation on comparative constitutional law.

In the past few years, the SEC has become increasingly active in bringing enforcement actions based on broker-dealers’ alleged failures to comply with requirements of the Bank Secrecy Act (BSA), in particular that requirement that they file “Suspicious Activity Reports,” or “SARs.” The SEC’s authority to bring such actions, however, has never been established by statute or appellate authority, and is being challenged in a petition for a writ of mandamus currently pending in the Second Circuit.  Though the procedural posture of that case makes it an unlikely vehicle for resolving the question, the issue it raises is likely to recur so long as the SEC continues to bring such enforcement actions despite its lack of any clear authority to do so.  Practitioners should be aware of this open issue so that it can be properly raised and preserved in BSA enforcement actions brought by the SEC.

The SEC’s Lack of Civil Penalty Authority under the BSA

The Bank Secrecy Act, enacted in 1970 to combat money-laundering, gives general examination and enforcement authority to the Secretary of the Treasury.  The Treasury Secretary is also authorized to “delegate duties and powers … to an appropriate supervising agency.”  31 U.S.C. § 5318.  By regulation, Treasury has delegated “[a]uthority to examine institutions to determine compliance with the requirements of” the BSA to various other agencies. 31 C.F.R. § 1010.810(b).  With respect to securities broker-dealers, such “authority to examine” has been delegated to the SEC. 31 C.F.R. § 1010.810(b)(6).  However, Treasury has kept “[a]uthority for the imposition of civil penalties” with the Financial Crimes Enforcement Network, or FinCEN, which is a bureau of Treasury.  31 C.F.R. § 1010.810(d).

In these proceedings, the SEC has based its asserted enforcement authority under the BSA on Exchange Act Section 17(a), which allows the SEC to require that broker-dealers “make and keep for prescribed periods such records” that the Commission requires. Under that provision, the SEC promulgated Exchange Act Rule 17a-8—17 C.F.R. § 240.17a-8—which cross-references the regulations promulgated by the Treasury Department under the BSA and requires that securities broker-dealers comply with them.  In effect, then, the SEC has invoked its books-and-records authority as a means to assert for itself authority to enforce the requirements of the BSA.

Although the SEC has been bringing enforcement actions based on securities broker-dealers’ alleged failures to comply with BSA requirements for more than a decade, its authority to do so was not challenged until recently.  The SEC brought a BSA enforcement action against Alpine Securities Corp. in the summer of 2017 in the Southern District of New York. That suit is representative of the SEC’s more recent BSA enforcement actions. According to the SEC’s allegations, Alpine did have a BSA compliance program, and did file thousands of SARs. The SEC, however, alleges that the SARs that Alpine filed were inadequate in various ways. And as in other BSA enforcement actions brought by the SEC, the agency alleged that these inadequate SARs violated Section 17(a) of the Exchange Act and Rule 17a-8.

The district court judge—Judge Denise Cote—denied Alpine’s motion. First, the court concluded that Alpine was wrong to characterize the SEC’s suit as seeking to enforce the BSA, because the SEC in fact brought the suit under Section 17(a) and Rule 17a-8. Second, the court rejected Alpine’s challenge to the SEC’s interpretation of Section 17(a) of the Exchange Act.  Applying the two-step framework from Chevron v. Natural Resources Defense Council, 467 U.S. 837 (1984), the court concluded that Rule 17a-8, which requires compliance with certain BSA regulations, is a reasonable interpretation of Exchange Act Section 17(a).  The court further observed that “neither the Exchange Act nor the BSA expressly precludes joint regulatory authority by FinCEN and the SEC over the reporting of potentially suspicious transactions.”

Alpine moved for reconsideration of the court’s order or, in the alternative, for certification of an interlocutory appeal. The court denied both motions.  On June 22, 2018, Alpine filed a petition for a writ of mandamus in the Second Circuit, again arguing that the BSA expressly delegates enforcement authority to Treasury, and such authority cannot be usurped by the SEC. On July 9, the SEC filed an opposition to the mandamus petition.

Implications for White-Collar and Securities Practitioners

In light of the high bar for obtaining a writ of mandamus, the chances that the Second Circuit will grant the relief Alpine requests are likely low.  The reasoning and conclusion of the district court’s decision, however, are vulnerable to attack.  The district court focused its analysis almost exclusively on Exchange Act Section 17(a) and Rule 17a-8, and rejected Alpine’s challenge based on its determination that the SEC clearly has authority to impose record-keeping and production requirements on broker-dealers.  In FDA v. Brown & Williamson, however, the Supreme Court emphasized that, “[i]n determining whether Congress has specifically addressed the question at issue, a reviewing court should not confine itself to examining a particular statutory provision in isolation.”  529 U.S. 120, 132 (2000).  Rather, courts must “interpret the statute as a symmetrical and coherent regulatory scheme,” and must also take into account how one statute “may be affected by other Acts.”  Id. at 133 (internal citations omitted).  Similarly, the Second Circuit has held that where an Act of Congress “specifically and unambiguously targets” a particular issue and “unambiguously” gives enforcement authority to a particular agency, another agency’s “assertion of concurrent jurisdiction rings a discordant tone with the regulatory structure created by Congress.”  Nutritional Health All. v. FDA, 318 F.3d 92, 104 (2d Cir. 2003).

As long as the SEC continues to bring BSA enforcement actions, it appears inevitable that at some point a court of appeals will be called upon to determine whether the SEC does, in fact, have such enforcement authority. White-collar and securities practitioners defending broker-dealers in SEC enforcement actions based on the alleged failure to file SARs or comply with other requirements of the BSA should raise the issue during the investigation process and again during court proceedings to ensure that it is preserved, and ask the court to certify the question for interlocutory appeal under 28 U.S.C. 1292(b) if the court determines that the SEC does have such authority.  Although the district judge in the Alpine Securities case refused to certify an interlocutory appeal, in light of the dearth of appellate case law on the issue and the fundamental nature of the challenge, other district judges may be willing to certify.