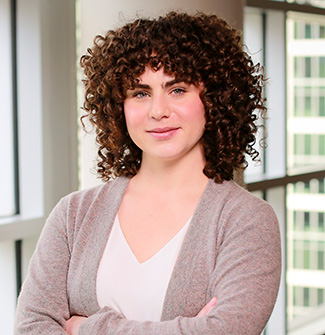 Adrienne Tierney is an associate in the Complex Litigation and Dispute Resolution group in Orrick's San Francisco office.

In August 2019, federal prosecutors indicted Feng Tao, a Chinese scientist conducting research at the University of Kansas, on fraud charges. The indictment may not appear notable at first glance. But when viewed against the backdrop of the Trump administration’s escalating trade war and the Department of Justice’s “China Initiative,” the facts underlying this prosecution may tell a deeper story.

As part of its China Initiative—a program announced in November 2018 to combat state-sponsored intellectual property theft—the DOJ set out to develop an enforcement strategy concerning universities and research laboratories. These institutions are considered particularly vulnerable targets of Chinese espionage because of their status as recruiters of foreign talent and incubators of state-of-the-art technology. The FBI has since begun scrutinizing universities’ ties to China, reaching out to schools around the country to curb the threat of technology and trade secret theft posed by researchers tapped by the Chinese government. END_OF_DOCUMENT_TOKEN_TO_BE_REPLACED

In July 2018, a federal judge in Wisconsin imposed a $1.5 million penalty—the maximum statutory fine—against Chinese wind turbine manufacturer, Sinovel Wind Group Co. Ltd., for stealing trade secrets from Massachusetts-based technology company, AMSC Inc. In addition to the fine, Sinovel was sentenced to 1 year probation and ordered to pay $57.5 million in restitution to AMSC, an amount the companies had settled on prior to the ruling. Sinovel also agreed to pay $850,000 to Massachusetts wind turbine operators. END_OF_DOCUMENT_TOKEN_TO_BE_REPLACED

In January of this year, Chinese wind turbine manufacturer Sinovel Wind Group Co. Ltd. was convicted of stealing trade secrets from U.S. company AMSC Inc. The theft caused AMSC, more than $800 million in losses and forced the company to lay off more than half its global work force. Sinovel’s sentencing—which could include fines exceeding $1 billion and a multiyear probationary period—is scheduled for June 2018. END_OF_DOCUMENT_TOKEN_TO_BE_REPLACED

Does the government have a duty to identify the trade secrets at issue when charging a defendant with trade secret theft under the Economic Espionage Act? Our blog analyzes a recent case concerning this issue. #tradesecrets #China blogs.orrick.com/trade-secrets-…

In a Blockbuster Economic Espionage Act Prosecution, an Attempt by the Government to Hide the Ball?

Indirect competition was enough to enforce a #noncompete against a former CEO in this recent decision. Learn more from our latest blog post. bit.ly/39j09Yq

Orrick's Rich Martinelli recently spoke with @CDR_Magazine to offer his insights on the past year in #IP law and to discuss key cases to watch out for in 2020, including those involving #AI. bit.ly/2M0H6YT Retweeted by Trade Secrets Watch