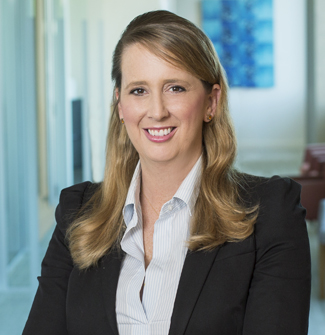 Partner
Silicon Valley
avanzant@orrick.com
Read full biography at www.orrick.com
Clients count on Amy to move their business forward. Whether litigating a complex patent suit, or advising on a multi-faceted IP strategy, Amy incorporates an in-depth understanding of each client’s business, employees and corporate strategy into her solutions.

For her litigation practice, Amy’s ability to distill the most complicated technology across an array of fields, including telecommunications, semiconductor manufacturing, renewable energy, cloud computing, and big data, into relatable, every day concepts that has made her successful in persuading judges and juries alike. She has led trial teams, litigated, and tried cases in state court in California, numerous District Courts, the International Trade Commission, and has briefed appeals before the 9th Circuit, the Federal Circuit, the Supreme Court of California, and the United States Supreme Court.

Whether litigating patent, trade secret, or IP contract disputes, Amy strives to put herself in her client’s shoes to ensure personalized results tailored to each client’s business objectives. As SAP’s General Counsel Landon Edmond commented to Acritas, Amy “has acquired a great knowledge of our business, and therefore you know you can trust her in a wide variety of topics and to get the right colleagues within her firm involved across the globe.”

In addition to her IP work, Amy devotes significant time to her pro bono work. For more than a decade, she has assisted domestic violence victims, as well as led Orrick’s Bay Area summer program that enables law clerks to be certified to argue in Family Court to obtain Temporary Restraining Orders for domestic violence clients.

The trial of Xiaorang You (aka “Shannon You”)—the principal research engineer accused of stealing trade secrets from several companies, including Coca-Cola—began on April 6, 2021 in the Eastern District of Tennessee at Greeneville. Ms. You was indicted by a grand jury on February 12, 2019 for theft of trade secrets, conspiracy to commit theft of trade secrets, and wire fraud. The trade secrets were valued at more than $119 million. In August 2020, a superseding indictment added additional charges related to economic espionage.

END_OF_DOCUMENT_TOKEN_TO_BE_REPLACED

Even before the COVID-19 pandemic, many employers offered remote work options. Now employers all over the world are encouraging or requiring their employees to work remote from home. This means employees are accessing, maintaining, and sharing proprietary information outside of the office more frequently than ever before, thereby increasing the risk of employee and third-party IP theft. END_OF_DOCUMENT_TOKEN_TO_BE_REPLACED

The stakes couldn’t be higher in the race amongst Silicon Valley self-driving companies vying to be the first to bring the industry-changing technology to market.  With competition so steep, and the potential value counted in the trillions, the efforts to protect this technology have given rise to frequent trade secrets theft disputes.

In the most recent instance of alleged autonomous vehicle technology trade secret theft, a federal district court judge ordered the former director of hardware of WeRide Corp., Kun Huang, to return all files he allegedly downloaded from WeRide before his departure in 2018.  WeRide formerly credited Huang with its success in becoming the fastest autonomous vehicle company to complete its first public road test.  Now, WeRide alleges Huang copied confidential information from a company shared-laptop, deleted files from the laptop, cleared its web browsing history, and then erased the hard drive on his WeRide-issued personal MacBook.  Shortly thereafter, Huang began working at Zhong Zhi Xing Technology Co., Ltd. (ZZX), another defendant in the case, which WeRide alleges was founded by its former CEO, Jing Wang, also named as a defendant.

Based on these allegations, the Court granted WeRide a preliminary injunction against Huang and his new companies, ZZX and a related entity AllRide.AI, Inc., barring these parties from using or sharing WeRide’s trade secrets and requiring them to return all WeRide materials within four days of the order.

Amid a growing body of unsettled law regarding the patentability of software and business methods patents, companies are increasingly choosing to maintain their valuable innovations as trade secrets rather than risk a rejected patent application. There are pros and cons to both forms of intellectual property protection. However, the decision need not be binary – at least not during the pendency of the patent application. Instead, by opting to go the “non-publication” route, inventors can maintain trade secret protection over an invention during the patenting process and decide whether to forego trade secret status and allow the patent to issue at the end of the patent prosecution process. END_OF_DOCUMENT_TOKEN_TO_BE_REPLACED

On March 30, 2018, in Sandvig v. Sessions, the U.S. District Court for the District of Columbia allowed one of several constitutional challenges to the Computer Fraud and Abuse Act to survive a motion to dismiss.  In doing so, the district court highlighted and analyzed the split between circuits in interpreting the “exceeds authorization” provision and joined the Second, Fourth, and Ninth Circuits in finding that exceeding authorization means exceeding authorized access and not merely authorized use. END_OF_DOCUMENT_TOKEN_TO_BE_REPLACED