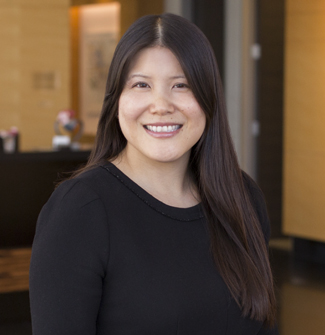 Cathy Lui concentrates on trying complex litigation matters and trade secrets disputes, representing both plaintiffs and defendants in tech, financial services, and retail industries. Cathy has a particular focus on obtaining and defending against TROs and preliminary injunctions under exigent circumstances in fast-paced trade secret actions.

Cathy also engages in complex commercial litigation including employee mobility, breach of contract, and fraud cases. Her matters are often high-profile and industry-changing. Cathy's practice also includes trade secrets counseling and investigations on joint ventures, third-party vendor relationships, and emerging technology to help minimize the risk to companies. Bloomberg recently quoted Cathy regarding the risk on joint ventures. Cathy has significant experience in actions arising from the Defend Trade Secrets Act (DTSA), which created the first federal civil misappropriation of trade secrets claim in May 2016. Cathy has helped shape DTSA law on behalf of her clients through her involvement in some of the earliest DTSA litigation. Many of her trade secrets cases involve parallel criminal proceedings.

For her achievements, Legal 500 recognized Cathy as a "Next Generation Partner" in trade secrets from 2019 through 2022. The National Asian Pacific American Bar Association also recently honored Cathy as a 2019 Best Lawyer Under 40. This annual list recognizes individuals within the APA community who have achieved prominence or distinction in their field and demonstrated a strong commitment to the APA community or civic affairs.

Cathy is an editor and contributing author of Orrick's trade secrets blog, Trade Secrets Watch, and regularly speaks and writes about trade secrets issues. Cathy currently serves as the Communications Chair of the Trade Secrets Interest Group of the California Lawyers Association's (formerly of the California State Bar) Intellectual Property Section and previously served as Co-Vice Chair. She also writes a quarterly column about trade secret matters in the CLA's "New Matter" publication.

Cathy is very active within the firm and her community. Cathy previously served as the Hiring Partner for the San Francisco office. In addition, she is very involved in diversity, equity, and inclusion ("DEI") initiatives. Orrick selected Cathy to serve as the firm's 2020 Fellow for the Leadership Council on Legal Diversity and as a firm ambassador for an innovative DEI initiative called Move the Needle. Cathy also co-led the Firm's Asian Pacific Attorneys Affinity Group for over three years and remains an active participant and mentor in the Affinity Group. In addition, Cathy previously served as the Co-Chair of the Asian American Bar Association's Judiciary Committee, which is focused on increasing representation on the bench.

Cathy also maintains an active pro bono practice. Cathy's dedication to pro bono service was demonstrated by her work in an asylum merits hearing representing a Salvadoran religious activist persecuted by gangs in El Salvador. For her work on this matter, the Lawyers Committee for Civil Rights honored Cathy with the Father Cuchulain Moriarity Award. In addition, the Justice & Diversity Center of the Bar Association of San Francisco recognized Cathy as an Outstanding Volunteer in Public Service in 2014 through 2020 for her work with helping homeless clients remove outstanding warrants barring them from access to housing and employment.

Last year, the California Supreme Court held in Ixchel Pharma, LLC v. Biogen, Inc., that restraints in contracts between businesses should be evaluated using the same “rule of reason” standard that courts use to analyze antitrust violations under the Cartwright Act. Our previous article analyzing the Ixchel decision can be found here.

Often companies are faced with a dilemma in protecting their IP—should the company disclose its IP to the world and seek a patent that will protect its IP for a set number of years? Or, should the company keep the IP a secret perpetually and protect it through state and federal trade secret laws? The answer is typically not one or the other; but, instead, a complex combination of the two. This article outlines a few thorny issues that can come up when balancing these two types of IP protections: END_OF_DOCUMENT_TOKEN_TO_BE_REPLACED

Trade secret protections are a powerful tool for companies seeking to police international theft of their intellectual property. END_OF_DOCUMENT_TOKEN_TO_BE_REPLACED

During the course of a trade secrets litigation, neglecting to preserve electronically stored information (“ESI”) may result in a finding of spoliation. In a recent Order issued by Judge Edward Davila (United States District Court, Northern District of California), two startups in the autonomous vehicle industry, WeRide and AllRide, learned that failure to adequately preserve ESI can also lead to terminating sanctions. END_OF_DOCUMENT_TOKEN_TO_BE_REPLACED

COVID-19 has presented countless challenges, among them, the extraordinary need—and conversely, extreme shortages—of basic protective gear, ventilators, and personal protective equipment (“PPEs”) for healthcare professionals and essential businesses.  With these challenges come a myriad of opportunities for companies to develop, engineer, and deploy novel ways to address the shortage.  Possible solutions have included the federal government ordering, under the Defense Production Act, manufacturers to prioritize the manufacturing of essential medical products. As a result of high demand and a compelling need, manufacturers are stepping outside their established businesses and joining with new partners to quickly manufacture necessary products. END_OF_DOCUMENT_TOKEN_TO_BE_REPLACED

Loyal readers are familiar with the DOJ’s “China Initiative,” launched in November 2018 to prosecute the theft of U.S. trade secrets by or for Chinese interests. Attorney General Barr reaffirmed the DOJ’s commitment “to combat the threat posed by theft directed and encouraged by the PRC” in an address at the China Initiative Conference last month. The DOJ’s campaign recently intensified with two new, gripping indictments. END_OF_DOCUMENT_TOKEN_TO_BE_REPLACED

In the midst of nationwide efforts to reform the use of non-compete restrictions, a recent decision from the Eastern District of Pennsylvania illustrates the broad approach courts may take when enforcing restrictive covenants against high-level executives. END_OF_DOCUMENT_TOKEN_TO_BE_REPLACED

Trade Secrets Watch has been covering the escalating economic tension between China and the U.S., including the U.S. Trade Representative’s investigation on China’s alleged IP theft under Section 301 of the Trade Act of 1974, dueling imposition of tariffs in March 2018, and the USTR announcement of products against which it proposed to impose 25 percent import duties. END_OF_DOCUMENT_TOKEN_TO_BE_REPLACED

With the holidays behind us and our calendars flipped over to 2019, we’re taking a look back at some key trade secrets developments of the past year.  Here are some of the big cases and legislative developments from 2018. END_OF_DOCUMENT_TOKEN_TO_BE_REPLACED