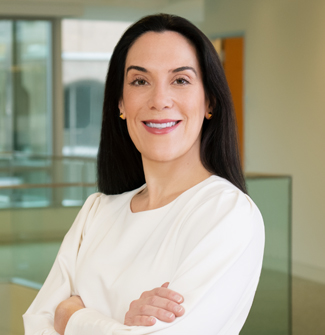 Skilled at managing complex, high-stakes litigation, Diana works closely with clients to develop innovative and cost-effective case strategies and favorably resolve disputes. She has been involved in all phases of litigation, from inception through trial and appeal. Clients rely on her sophisticated thoughtful approach that ensures solutions align with overall business and organizational goals. Diana works with the Orrick team to coordinate strategy and minimize a client’s legal risk as well as reputational risk.

Diana has served as a deputy to Orrick's Women's Initiative and is actively involved in Orrick's recruiting efforts. She previously co-chaired the Associates Committee of Orrick's Washington, D.C., office, and received the Mentor of the Year award in 2011. Diana joined Orrick's New York office in 2007. While in New York, she served on the Associates Committee for the Children's Aid Society in New York City and helped plan substantive programming by the Copyright Society of the USA.

Prior to joining Orrick, Diana practiced law in Miami. She served the Miami community on the Board of Directors of the Dade County Bar Association and as a member of the Dade County eMentor program and the Women's Fund of Miami-Dade.

Outside of work, Diana enjoys spending time with her husband, three children, and dogs.

In a recent decision, an Eastern District of Texas court conducted an analysis under Federal Rule of Evidence Rule 404(b) outside the criminal context to allow evidence of “other acts” in a trade secrets litigation.  The decision appears to be the first application of Rule 404(b) to a trade secrets dispute by a court in the Fifth Circuit. END_OF_DOCUMENT_TOKEN_TO_BE_REPLACED

Last week, the United States Senate Judiciary Committee announced the creation of a new subcommittee on intellectual property.  The IP subcommittee will address a range of IP issues, including theft by state actors such as China.  The announcement of the subcommittee comes in the wake of increasing tension over trade with China and shortly after the Department of Justice announced criminal charges against China’s Huawei Technologies for alleged trade secrets theft. END_OF_DOCUMENT_TOKEN_TO_BE_REPLACED

The Federal Circuit recently issued an opinion, Texas Advanced Optoelectronic Solutions, Inc. v. Renesas Electronics America, Inc., that addressed several interesting issues impacting the calculation of damages in trade secret actions.  Perhaps the Court of Appeals’ ruling of greatest consequence involved its determination that there is no Seventh Amendment right to a jury decision on disgorgement of profits – a remedy also often commonly described as “unjust enrichment.”  The Federal Circuit instead ruled that the calculation of disgorgement damages is for the trial court to decide after making findings of fact and conclusions of law.  If the decision is extended by other federal courts, it could have wide-reaching implications for claims under the Defend Trade Secrets Act, which allows for unjust enrichment damages as a remedy for misappropriation of trade secrets. END_OF_DOCUMENT_TOKEN_TO_BE_REPLACED

It turns out that, even in romantic relationships, some things are best kept secret.  On July 7, 2017, Teva Pharmaceuticals USA, Inc. filed a complaint in the Eastern District of Pennsylvania alleging that a former executive disclosed confidential information to a romantic partner who happens to be an executive of one of Teva’s direct competitors. END_OF_DOCUMENT_TOKEN_TO_BE_REPLACED

Within days of each other, your clothing company―Free Country Ltd.―loses two employees who decamp to a rival to set up a competing apparel line.  You discover that just before leaving, they transferred some 50,000 documents to a personal account—customer orders, your master contact list, and product design information.  Incensed, you file a trade secrets lawsuit and seek an injunction prohibiting the thieves from soliciting your customers.  Their defense amounts to, “so what if we took the documents―it’s a free country!”  Easy win, right?  Wrong.  These are the facts of a recent trade secrets lawsuit in the Southern District of New York, in which the court denied the plaintiff’s request that its former employee defendants be prohibited from soliciting plaintiff’s customers. END_OF_DOCUMENT_TOKEN_TO_BE_REPLACED

Businesses that compete globally are once again reminded of the need to avoid overreaching when requiring employees to sign non-compete agreements.  Earlier this year, the Court of Appeals for the Eighth Circuit affirmed a ruling that a non-compete agreement was unreasonable on its face and thus enforceable because it imposed a blanket prohibition on the employee’s ability to seek employment of any kind with a competitor worldwide.  While the Eighth Circuit recognized that non-compete agreements had been upheld in the past despite containing no geographic limitations, the court distinguished those agreements on the basis that they contained narrowly circumscribed prohibitions.  The Eighth Circuit’s analysis provides a valuable “lesson learned” for businesses crafting or considering an effective non-compete. END_OF_DOCUMENT_TOKEN_TO_BE_REPLACED

You wake on a Tuesday morning expecting to have an average day at work.  You are skimming through the emails that came in while you were asleep, when you notice an email from one of your employees.  He is not only giving his resignation, but is also, more importantly, demanding a ransom in exchange for not disclosing company trade secrets and other highly confidential information.  What do you do?
END_OF_DOCUMENT_TOKEN_TO_BE_REPLACED