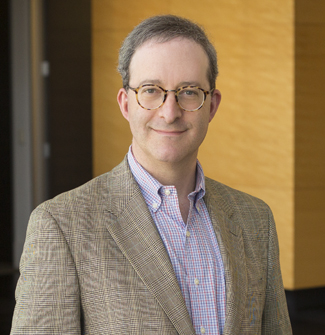 Howard routinely addresses and counsels on the antitrust/intellectual property interface. He regularly counsels companies on competition issues, including Robinson-Patman Act (price discrimination) issues and market concentration issues. He has worked on a number of Cal. Bus. and Prof. Code Section 17200 (unfair competition) litigations. He has also worked on a number of antitrust-healthcare related matters, including mergers and acquisitions.

Currently, Howard represents Delta Dental of California and other Delta Dental entities in several litigations, including the In re Delta Dental Antitrust Litigation, a multi-district litigation brought by a putative nationwide class of providers challenging the structure of the Delta Dental system throughout the United States.

Howard has worked on antitrust cases in the life insurance industry and for Microsoft in connection with intellectual property issues. He defended a supplier of industrial equipment (commercial scales) and a major grocery store chain in connection with claims of below-cost pricing in the retail gasoline industry. He also defended a Section 2 case for a pool products manufacturer that resolved favorably.

Howard also has experience in the defense of Proposition 65 cases alleging consumer exposures to cadmium, lead, mercury and benzo(a)pyrene. He also has briefed and argued numerous appeals in state courts and in the Ninth Circuit. In 2004, he briefed and successfully argued a case of first impression in the Washington Supreme Court concerning the enforceability of arbitration provisions.

When a plaintiff asserts claims of trade secret misappropriation, it must own the underlying trade secrets, right? Wrong. According to the Third Circuit’s April 30, 2020 decision in Advanced Fluid Systems, Inc. v. Huber, under state law, the plaintiff only needs to prove lawful possession. END_OF_DOCUMENT_TOKEN_TO_BE_REPLACED

The Ninth Circuit recently certified a question to the California Supreme Court regarding the scope of California Business & Professions Code Section 16600.  As TSW readers are likely aware, Section 16600 states that “[e]very contract by which anyone is restrained from engaging in a lawful profession, trade or business of any kind is to that extent void.”  Pursuant to this statute, California courts have struck down a number of restrictive covenants in contracts with employees in California, including non-compete provisions, customer non-solicit provisions, and certain employee non-solicit provisions.  The Ninth Circuit now wants to know whether the statute should apply to an agreement between two businesses.  The Supreme Court’s answer may have significant effects on business agreements and collaborations in or involving California. END_OF_DOCUMENT_TOKEN_TO_BE_REPLACED

As we’ve observed over the years, when addressing trade secrets claims based on customer lists, courts have landed all over the place. These cases involve difficult questions such as when an employee develops relationships on behalf of Company A but then leaves for Company B, who “owns” those relationships?

A recent federal district court decision from the District of Hawaii, WHIC LLC dba Aloha Toxicology v. Nextgen Labs, Inc., offers an example of how the severity of the alleged misconduct may enable the employer to prevail, even if it can make only a marginal showing on the existence of a trade secret. On September 17, 2018, the court granted the plaintiff drug testing company’s request for a preliminary injunction, requiring, among other things, its competitor to stop servicing certain former clients of the plaintiff. END_OF_DOCUMENT_TOKEN_TO_BE_REPLACED

Several months ago, we reported on the potential to protect trade secrets by encrypting information using blockchain technology.  Then, earlier this month, we reported on an order out of the Southern District of California involving “CryptoKitties,” a decentralized application (or “DApp”) built on the Ethereum blockchain (using the ERC721 protocol) that allows users to securely buy, sell, trade, and breed genetically unique virtual cats.

END_OF_DOCUMENT_TOKEN_TO_BE_REPLACED

In 2013, U.S. Customs and Border Protection agents caught researchers attempting to smuggle a $75 million trade secret from the United States to China.  Unlike the trade secrets we usually discuss, the trade secrets in tow were rice seeds.  But not just any rice seeds:  these valuable seeds were genetically modified to create proteins used to treat gastrointestinal disease, antibiotic-associated diarrhea, hepatic disease, osteoporosis and inflammatory bowel disease.  END_OF_DOCUMENT_TOKEN_TO_BE_REPLACED