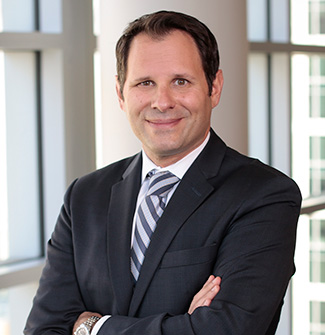 How do you use the law to keep something unlawful a secret?  This and related questions arise as more states legalize marijuana for medical use, recreational use, or both.  As an illicit industry emerges from the shadows, competition and the substantial investments necessary to grow, package, and sell marijuana were bound to get rolled up in trade secrecy law at some point. END_OF_DOCUMENT_TOKEN_TO_BE_REPLACED

Just over one year ago, we noted the continued and vibrant debate among state and federal courts over whether the Uniform Trade Secrets Act (“UTSA”) preempts other claims based on the misappropriation of information when that information does not qualify as a trade secret.  In that post, we noted that Arizona was one of the states in which the “majority interpretation” had been applied, which is the view that UTSA preempts all common law tort claims based on trade secret misappropriation, whether or not it meets the statutory definition of a trade secret.

END_OF_DOCUMENT_TOKEN_TO_BE_REPLACED

Confidentiality agreements can be useful to a company. For example, they can ensure that employees are aware of their company’s valuable trade secrets and can establish requirements to safeguard those assets. But when do these non-disclosure agreements go too far?  END_OF_DOCUMENT_TOKEN_TO_BE_REPLACED

While the House Bill is very similar to the Bill introduced in the Senate on April 29, 2014 Defend Trade Secrets Act of 2014 (DTSA) (S. 2267), there are some major differences between the two.  Specifically, the House Bill is much more protective of defendants facing ex parte seizure orders. END_OF_DOCUMENT_TOKEN_TO_BE_REPLACED

State court or federal court?  If the Defend Trade Secrets Act of 2014 (DTSA) (S. 2267, introduced on April 29, 2014) becomes law, then trade secrets plaintiffs—not just those who can maintain diversity jurisdiction—could proceed in federal court under new federal law.  But would they want to?  While the knee-jerk reaction of many litigants is a resounding “Yes!,” we wonder whether federal court under the DTSA would be preferable to the well-known Uniform Trade Secrets Act (UTSA), which is available in forty-eight of the fifty states.

The rapper known as “50 Cent” stole trade secrets to the tune of $15 million, an arbitrator found.

A filing in the U.S. District Court for the Southern District of Florida earlier this month disclosed the final award for theft of trade secrets relating to a headphone design from an audio company 50 Cent had helped finance.

While the decision grabbed mainstream news media headlines, the arbitrator’s legal findings are also newsworthy to the avid trade secrets practitioner:  The arbitrator relied on the inevitable disclosure doctrine and the similarity of products as evidence of liability. END_OF_DOCUMENT_TOKEN_TO_BE_REPLACED

Parties advocating public disclosure of the chemical makeup of fracking fluids may have won a recent battle in Wyoming, but are they losing the war?  On March 12, 2014, the Wyoming Supreme Court in Powder River Basin Resource Council v. Wyoming Oil and Gas Conservation Commission reversed a district court’s order exempting fracking fluid information from public disclosure.  The court made two key findings.  First, the court clarified that parties seeking disclosure in Wyoming are entitled to de novo district court review of administrative decisions exempting fracking fluid information from disclosure as trade secrets.  Second, it held that the “narrow” definition of trade secrets under FOIA applies to exemption claims. END_OF_DOCUMENT_TOKEN_TO_BE_REPLACED

If there’s one thing Americans of all political stripes seem to agree on, it’s the need to thwart cyber-attacks on critical U.S. systems.  Just this week, the Pentagon for the first time openly blamed China for hacking U.S. government computer infrastructure.

Yet a bill that would combat cyber attacks by enhancing information-sharing among government agencies and private companies is once again stumbling through Congress, its fate thrown into question by intra-Silicon Valley rivalries and a threatened White House veto.  The Cyber Intelligence Sharing and Protection Act (CISPA) would permit information-sharing about possible cyber-security threats among government agencies and private companies.  The main idea behind CISPA is that expanding the information flow would help disseminate and centralize information that is otherwise fragmented and siloed, which would help halt cyber-attacks.  These attacks pose a threat END_OF_DOCUMENT_TOKEN_TO_BE_REPLACED