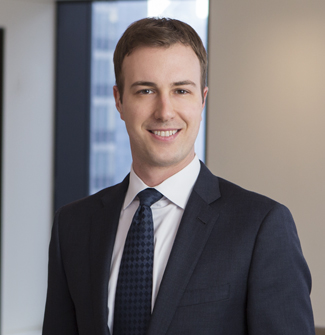 Jonas Robison, a Senior Associate in Orrick’s New York office, is a member of the Structured Finance Group. His practice focuses on derivatives – including negotiating documentation and advising on the requirements under the Dodd-Frank Act – as well as securitization, financial product taxation, private funds, and general corporate transactions.

Jonas was previously seconded to Luxottica Group and, before law school, worked at the Federal Reserve Board.

For the first time in a dozen years, the Office of the Comptroller of the Currency (OCC) is seeking to update its regulations on digital activities to consider banks’ use of blockchain and distributed ledger technology (DLT), as part of a larger effort regarding banks’ use of technology. On June 4, 2020, the OCC released an Advance Notice of Proposed Rulemaking (ANPR) seeking public comment on the digital activities of banks, including with respect to DLT. The ANPR states that “[the OCC] is interested in making sure it is aware of and understands the evolution of financial services, so it ensures the federal banking system continues to serve consumers, businesses, and communities effectively[, and] is reviewing its regulations on bank digital activities to ensure that its regulations continue to evolve with developments in the industry. [The ANPR] solicits public input as part of this review.” Public comments on are due by August 3, 2020.

Under the existing regulatory framework, OCC regulations specifically addressing national banks’ digital activities are generally set forth in 12 C.F.R. part 7, subpart E, which was originally promulgated in 2002 and updated in 2008. Since then, the OCC has generally responded on a case-by-case basis to industry requests for approval to engage in “innovative, technology-driven banking activities.” Now, the OCC is undertaking a comprehensive review of 12 CFR part 7, subpart E (as well as related part 155), and the ANPR was issued in connection with such review.

The ANPR lists and solicits public comment for 11 specific technology-related questions. Of those 11, the question related to DLT states:

“5. How is distributed ledger technology used, or potentially used, in banking activities (e.g., identity verification, credit underwriting or monitoring, payments processing, trade finance, and records management)? Are there specific matters on this topic that should be clarified in regulatory guidance, including regulations?”

Other questions concern artificial intelligence, “regtech,” and similar topics that may potentially overlap with DLT. In recent years, the OCC has established certain innovation-friendly programs, including a dedicated Office of Innovation, and the ANPR seems to fit that pattern. As financial institutions increasingly implement DLT-based systems and products, OCC regulation may focus on that area and become a critical facet of its development.

In response to the ANPR, financial institutions and other interested parties may wish to consider submitting comments. Regulation works best when it is informed by industry practices, and in the time since OCC last updated its framework, blockchain technology has become an important part of the financial industry. Revised regulations will help provide certainty to financial institutions that use or are considering using such technology.

The Commodity Futures Trading Commission (CFTC) has joined other agencies in explaining the crypto-related products potentially within its jurisdiction. LabCFTC recently released “A Primer on Smart Contracts” as part of LabCFTC’s effort to “engage with innovators and market participants on a range of financial technology (FinTech) topics.” (LabCFTC itself is a “dedicated function” of the CFTC, launched in 2017 to “make the CFTC more accessible to FinTech innovators.”) As summarized below, the Primer provides (i) a high-level overview of smart contract technology and applications, (ii) a discussion of the potential role of the CFTC in smart contract regulation and (iii) a discussion of the unique risks and governance challenges posed by smart contracts.

The Primer describes smart contracts, fundamentally, as coded computer functions that may either incorporate elements of a binding contract (e.g. offer, acceptance and consideration) or simply execute certain terms of an external contract. Smart contracts allow self-executing computer code to take actions at specified times or based on the occurrence or non-occurrence of an action or event. The Primer also notes that smart contracts can be stored and executed on a distributed ledger, which effectively prevents modifications not authorized or agreed by the parties. It describes distributed ledgers as electronic records that are updated in real time and intended to be maintained on geographically disperse servers or “nodes.” (Distributed ledger technology is the innovation underlying blockchains generally, including the bitcoin blockchain.) As an example of a smart contract in the derivatives context, the Primer describes a credit default swap encoded as a smart contract, whereby the code would (i) automatically make quarterly premium payments from an end-user to a dealer, (ii) check an external financial information source (known as an “oracle”) daily to monitor for credit events with respect to the relevant reference assets, and (iii) if the oracle indicates that a credit event has occurred, calculate and transfer payment from the dealer to the end-user. “Oracle” commonly refers to an external source of information, which the Primer describes as “a mutually agreed upon network authenticated reference data provider (potentially a third-party); this is a source of information to determine actions and/or contractual outcomes, for example, commodity prices, weather data, interest rates, or an event occurrence.”

Regarding the role of the CFTC in regulating smart contracts, the Primer does not state or suggest that the CFTC intends to impose any requirements that would be specific to smart contracts. Rather, noting that derivatives in many cases “may be readily digitized and coded,” the Primer then lists the following types of derivatives products that are subject to CFTC jurisdiction, and states that a given smart contract could constitute any one of them “[d]epending on its structure, operation, and relevant facts and circumstances”: commodities, forward contracts, futures contracts, options on futures contracts and swaps.

The Commodity Exchange Act and related CFTC regulations impose various requirements and restrictions on such transactions, depending on product type. A credit default swap based on a “broad-based” security index, for example, constitutes a “swap” and, as such, may implicate or be subject to swap dealer registration, clearing and execution, reporting and recordkeeping, and other CFTC requirements. Accordingly, absent further guidance or regulations from the CFTC specific to smart contracts, it appears that the Primer’s credit default swap smart contract example described above (assuming it was based on a broad-based security index) would be regulated by the CFTC as a swap, similar to an ordinary, non-smart contract credit default swap based on a broad-based security index. The Primer further clarifies that: “Existing law and regulation apply equally regardless what form a contract takes. Contracts or constituent parts of contracts that are written in code are subject to otherwise applicable law and regulation.”

The Primer also notes that, depending on their “application or product characterization,” smart contracts may be subject to various other legal frameworks, including, among others, federal and state securities laws and regulations; federal, state, and local tax laws and regulations; the Uniform Commercial Code (UCC), the Uniform Electronic Transactions Act (UETA), and the Electronic Signatures in Global and National Commerce Act (ESIGN Act); the Bank Secrecy Act; etc. Finally, the Primer discusses operational, technical, cyber security, and fraud and manipulation risks unique to smart contracts, as well as possible governance standards and frameworks (such as assigning responsibility for smart contract design and operation and establishing mechanisms for dispute resolution).

On July 25th, 2018, CFTC Chairman Giancarlo addressed the House Committee on Agriculture regarding the agency’s priorities and recent work. A significant portion of his testimony focused on the CFTC’s oversight of fintech and cryptocurrencies.

Learn about the CFTC’s regulatory approach to cryptocurrency and distributed ledger technology in this recent derivatives post.