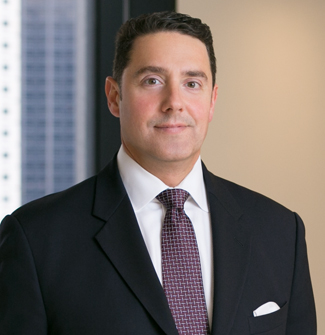 Partner
New York
nmathews@orrick.com
Read full biography at www.orrick.com
Mr. Mathews, a partner in Orrick’s New York office, serves as Global Co-Head of the Derivatives group. He is also a member of the Structured Finance, Banking and Finance, and Energy and Infrastructure groups.

On July 1, 2020, the Office of the Comptroller of the Currency, the Board of Governors of the Federal Reserve System, the Federal Deposit Insurance Corporation, the Farm Credit Administration, and the Federal Housing Finance Agency (together, the “agencies”) published a final rule adopting amendments to the agencies’ regulations imposing margin requirements on swap dealers and security-based swap dealers (“covered swap entities”).[1] On the same date, the agencies also published an interim final rule prompted by the COVID-19 crisis, postponing certain initial margin implementation deadlines.[2]

END_OF_DOCUMENT_TOKEN_TO_BE_REPLACED

On March 18, the extended comment period ended for the Standardized Approach for Calculating the Exposure Amount of Derivative Contracts (“SA-CCR”) rule (the “Proposed Rule”)[1] proposed by the Federal Reserve Board (“Board”), the Federal Deposit Insurance Corporation (“FDIC”), and the Office of the Comptroller of the Currency (“OCC” and together with the Board and the FDIC, the “Agencies”). SA-CCR would, in some cases, supplant the calculations currently used by banking organizations for derivatives under the existing regulatory capital rule,[2] and may have significant implications for commercial end-users. END_OF_DOCUMENT_TOKEN_TO_BE_REPLACED

On April 18, the American College of Investment Counsel (the “ACIC”) released a final version of its Model Form Make-Whole and Swap Breakage Indemnity Language (the “Model Provision”),[1] as well as a substantially similar Swap Indemnity Letter Form (the “Letter Form”).[2] These final versions of the Model Provision and the Letter Form revise the initial drafts, released for comment on May 20, 2018, which were prepared to replace the existing 2007 versions. The purpose of both the Model Provision and the Letter Form is to place noteholders purchasing non-U.S. dollar denominated notes and entering into a cash-flow hedge with a swap counterparty in a similar economic position as if they had purchased a U.S. dollar denominated note.[3] END_OF_DOCUMENT_TOKEN_TO_BE_REPLACED

The Board of Governors of the Federal Reserve System (Board), the Office of the Comptroller of the Currency (OCC), and the Federal Deposit Insurance Corporation (FDIC) adopted rules (together, the QFC Stay Rules) in 2017 requiring amendments to certain qualified financial contracts (QFCs). The compliance dates for these rules depend on the type of QFC counterparty facing a “covered entity” (as defined below), and are being phased in beginning on January 1, 2019 and ending on January 1, 2020.[1] Notwithstanding this compliance phase-in, dealers subject to the QFC Stay Rules have been requesting that all of their counterparties, including end users, take action to facilitate compliance as though the initial compliance date, January 1, 2019, applied to all types of QFC counterparties. This article is intended to help buy-side participants navigate the compliance process, with emphasis on describing (i) the various types of contracts that constitute “covered” QFCs subject to the rules and (ii) the various alternative methods for compliance.

END_OF_DOCUMENT_TOKEN_TO_BE_REPLACED

In recent years, the U.S. Commodity Futures Trading Commission (CFTC) has devoted significant resources to addressing how the requirements of the Commodity Exchange Act (CEA) and the regulations thereunder apply to transactions involving Bitcoin and other virtual currencies.[1] The CFTC has not adopted any rules specific to virtual currencies, but rather has made clear that derivatives contracts based on a virtual currency are subject generally to the same CFTC regulations that apply to other types of derivatives contracts that have traditionally been within the CFTC’s jurisdiction.[2] Additionally, the CFTC has noted that derivatives contracts are susceptible to automation through smart contracts and distributed ledger technology (DLT) and “[e]xisting law and regulation apply equally regardless what form a contract takes . . . [even to] contracts [or parts of contracts] that are written in code[.]”[3]

END_OF_DOCUMENT_TOKEN_TO_BE_REPLACED

On July 12, the International Swaps and Derivatives Association, Inc. (“ISDA”) initiated a market-wide consultation (the “Consultation”)[1] on technical issues related to new benchmark fallbacks for derivatives referencing certain interbank offered rates, or IBORs, in response to the expected discontinuance of the publication of those IBORs at the end of 2021.[2] The purpose of the Consultation is to ease the transition of the derivatives market from referencing existing IBOR rates to alternative risk-free-rates (“RFRs”) that have been identified as part of the global benchmark reforms. These RFRs are intended to be based on robust and highly liquid underlying markets that, unlike the relevant IBORs, do not require and are not based on submissions from panel banks or others.

END_OF_DOCUMENT_TOKEN_TO_BE_REPLACED

On July 25, Commodity Futures Trading Commission (“CFTC”) Chairman Giancarlo testified before the House Committee on Agriculture to address the priorities and recent work of the agency.[1] The testimony touched on a number of areas, but focused in significant part on the CFTC’s oversight of virtual currencies and financial technology (“FinTech”). Those portions of the testimony are summarized below.

END_OF_DOCUMENT_TOKEN_TO_BE_REPLACED

On April 26, Commodity Futures Trading Commission (“CFTC”) Chairman Giancarlo and the CFTC Chief Economist published a white paper titled “Swaps Regulation Version 2.0: An Assessment of the Current Implementation of Reform and Proposals for Next Steps” (the “White Paper”). At the International Swaps and Derivatives Association, Inc. (“ISDA”) annual meeting where the White Paper was initially presented, Chairman Giancarlo described the White Paper as “economy-focused” and stated that regulatory role of the CFTC is focused on “what’s in the best interest of markets.”

END_OF_DOCUMENT_TOKEN_TO_BE_REPLACED

On January 19 the Commodity Futures Trading Commission (“CFTC”) and the Securities and Exchange Commission (“SEC”) issued a joint statement warning about potential enforcement actions involving the offering of digital instruments: “When market participants engage in fraud under the guise of offering digital instruments – whether characterized as virtual currencies, coins, tokens, or the like – the SEC and CFTC will look beyond form, examine the substance of the activity and prosecute violations of the federal securities and commodities laws.”[1] In conjunction with this warning, the CFTC brought a number of virtual currency enforcement actions in January, three of which are discussed below. END_OF_DOCUMENT_TOKEN_TO_BE_REPLACED