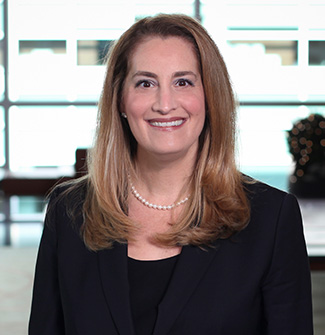 As Chief Practice Officer of the Litigation Business Unit, which encompasses nearly 450 lawyers globally, Amy advises on the strategic planning, operation and management of the business unit. Her responsibilities include oversight of the unit's financial performance, business planning and execution, and lawyer recruiting.

Amy's practice focuses on the representation of public companies, directors and officers in securities class actions, SEC and DOJ investigations and enforcement actions and shareholder derivative actions. Amy has extensive experience in litigation involving compliance breaches of fiduciary duty and securities law violations, and she has conducted dozens of corporate investigations of all types all over the world.

This week, the United State Supreme Court finally resolved a circuit split and unanimously held that SEC actions seeking to disgorge ill-gotten gains are subject to a five-year statute of limitations on civil fines, penalties or forfeitures under 28 U.S.C. § 2462.  This decision is expected to dramatically reduce the SEC’s ability to collect disgorgement in enforcement actions.

The decision arose out of an SEC enforcement action brought in 2009 that alleged between 1995 and 2006, Charles Kokesh, a New Mexico-based investment adviser, misappropriated $35 million from two investment advisory companies he owned and controlled, thereby squandering the money of tens of thousands of small investors. Kokesh was ultimately found liable at trial and the trial court ordered him to disgorge the entire $35 million he was found to have misappropriated plus interest, and pay a civil monetary penalty.  Kokesh subsequently challenged the disgorgement order before the U.S. Court of Appeals for the Tenth Circuit, arguing that the SEC’s claim for disgorgement was subject to the five year statute of limitations period codified in Section 2462, and therefore the $35 million disgorgement amount should be significantly reduced by eliminating any ill-gotten gains received prior to 2004—five years prior to the initiation of the SEC enforcement action.  A three judge circuit court panel of the Tenth Circuit unanimously disagreed, and upheld the disgorgement order on the basis that disgorgement is not a “penalty” or “forfeiture” as defined in Section 2462, but rather was “remedial” and “does not inflict punishment” because it leaves the wrongdoer “in the position he would have occupied had there been no misconduct.”  On this basis, the Tenth Circuit held that Section 2462’s limitations period was inapplicable to disgorgement. END_OF_DOCUMENT_TOKEN_TO_BE_REPLACED

The SEC recently proposed amendments to the proxy voting rules to require parties in a contested election to use universal proxy cards that would include the names of all board of director nominees. This proposed change would eliminate the two “competing slates” cards and allow shareholders to vote for their preferred combination of board candidates, as they could if they voted in person.

The new rules would apply to all non-exempt votes for contested elections other than those involving registered investment companies and business development companies, would require management and dissidents to provide each other with advance notice of the names of their nominees, and would set formatting requirements for the universal proxy cars. As with any newly proposed SEC rule, there will be a comment period of 60 days to solicit public opinion.

Interestingly, the Commission’s vote to adopt the newly proposed rules was a split decision, with Commissioner Piwowar issuing a strongly worded dissent. According to Commissioner Piwowar, the proposed universal proxy rules “would increase the likelihood of proxy fights at public companies,” and would allow special interest groups to “use their increased influence to advance their own special interests at the expense of shareholders.” He also noted that under the new rules, dissidents are only required to solicit holders of shares representing a majority of those entitled to vote, meaning that many retail investors will not receive either the dissident’s proxy statement or disclosures about the dissident’s nominees.

In a move that will make Securities and Exchange Commission administrative proceedings look more like civil litigation in federal court, on July 13, 2016, the SEC announced that it had adopted amendments to its rules of practice.  These rules appear similar to those the Commission proposed last September.  For critics of the amendments, they may not go far enough, but the expanded discovery and clarifications regarding dispositive motion practice may address some of the issues previously raised regarding the Commission’s perceived home-court advantage.

END_OF_DOCUMENT_TOKEN_TO_BE_REPLACED

The leaders of the Securities and Exchange Commission (“SEC” or “Commission”) addressed the public on February 19-20 at the annual SEC Speaks conference in Washington, D.C.  The presentations covered an array of topics, but common themes included the Commission’s ongoing effort to carry out the rulemaking agenda set forth in the Dodd-Frank Wall Street Reform and Consumer Protection Act, its increasing focus on cyber issues including its use of new technology to surveil and root out harmful practices in the modern and increasingly-complex market, and its continued focus on the conduct of gatekeepers.  From a litigation and enforcement perspective, key takeaways from the conference include the following:

SEC Chair Mary Jo White began her remarks by touting the “unprecedented number of enforcement cases” brought by the Commission in 2015, which produced “an all-time high for orders directing the payment of penalties and disgorgement”—a trend that she stressed would continue in 2016.  END_OF_DOCUMENT_TOKEN_TO_BE_REPLACED

On Tuesday, Andrew Ceresney, Director of the Securities and Exchange Commission’s Division of Enforcement, told the House Judiciary Committee that the Email Privacy Act (H.R. 699) and the Electronic Communications Privacy Amendments Act (S. 356) should not be amended to require prosecutors and civil enforcement agencies to obtain criminal warrants when requesting emails and other electronic data directly from internet service providers (“ISPs”), which include cloud-based storage services.  END_OF_DOCUMENT_TOKEN_TO_BE_REPLACED

On September 29, 2015, the D.C. Circuit, the second federal appellate court to recently weigh in on the ongoing debate over SEC administrative actions, ruled in favor of the SEC in Jarkesy v. SEC, holding that federal courts do not have subject matter jurisdiction over challenges to ongoing SEC administrative enforcement proceedings.  Notably, and in accord with the Seventh Circuit’s recent decision in Bebo v. SEC, the D.C. Circuit’s decision was narrowly tailored – focusing only on the issue of subject-matter jurisdiction – but not the substantive viability of Jarkesy’s constitutional challenges.  The three-judge panel unanimously held that a party to a pending administrative proceeding must first defend against that proceeding, and only once the SEC proceeding concludes may the party seek review by a federal court.

END_OF_DOCUMENT_TOKEN_TO_BE_REPLACED

In a lengthy ruling containing a detailed analysis of dueling economic expert reports, a federal court in Texas held on July 25, 2015 that defendant Halliburton Company demonstrated a lack of price impact at the class-certification stage on nearly all of the plaintiffs’ claims, thus rebutting the presumption of reliance.  This action has twice been to the Supreme Court, most recently in Halliburton, Co. v. Erica P. John Fund, Inc., 134 S. Ct. 2398 (2014) (“Halliburton II”), which held that the fraud-on-the-market presumption of reliance may be rebutted by showing a lack of price impact from the alleged misrepresentation.  The district court’s recent decision is significant because it is one of the first to consider the issue of price impact post-Halliburton II, and because the decision suggests that lower courts may be willing to wade deep into the complications of event studies and economic analysis in order to determine price impact at the class-certification stage.

END_OF_DOCUMENT_TOKEN_TO_BE_REPLACED

It is well-established that a shareholder-plaintiff may not assert derivative claims against a corporation’s officers or directors unless he or she makes a pre-suit demand on the corporation’s board of directors and alleges particularized facts showing that the demand was wrongfully refused, or alleges particularized facts showing that a demand on the board would have been futile.  One question that frequently arises is whether the shareholder-plaintiff may obtain discovery from the corporation and its officers and directors in order to assist his or her compliance with this threshold pleading obligation.

END_OF_DOCUMENT_TOKEN_TO_BE_REPLACED

Securities and Exchange Commission leadership and staff members addressed the public on February 20-21 at the annual “SEC Speaks” conference in Washington, D.C.  Common themes among the numerous presentations included the Commission’s increasing use of data analytics, the Commission’s focus on gatekeepers such as accountants and attorneys, and the Commission’s still incomplete rulemakings mandated by both the Dodd-Frank Wall Street Reform and Consumer Protection Act and the Jumpstart Our Business Startups Act.

END_OF_DOCUMENT_TOKEN_TO_BE_REPLACED

The leaders of the Securities and Exchange Commission addressed the public on February 21-22 at the annual SEC Speaks conference in Washington, D.C.  The presentations covered an array of topics, but common themes included the Commission’s ongoing effort to carry out the rulemaking agenda set forth in the Dodd-Frank Wall Street Reform and Consumer Protection Act, its role as an enforcement body post-financial crisis, its increasing utilization of technology, and its renewed focus on the conduct of gatekeepers.  In a surprise appearance, Dallas Mavericks owner and former insider trading defendant Mark Cuban attended the first day of the conference.  During his time at the conference, Mr. Cuban shared his thoughts on a number of the presentations via his Twitter account.

From a litigation and enforcement perspective, key takeaways from the conference include the following: END_OF_DOCUMENT_TOKEN_TO_BE_REPLACED