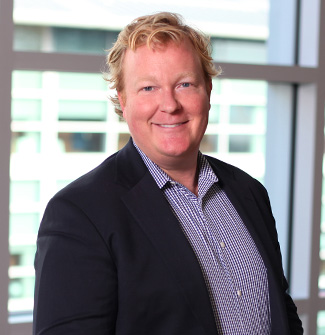 Todd also regularly advises companies on questions of corporate governance, fiduciary duties and disclosure obligations, and has extensive experience in responding to shareholder litigation demands and books and records requests.

Before joining the firm, Todd was an associate at the San Francisco office of Clifford Chance US LLP. In his spare time, Todd is a musician, author and father to three amazing children.

Shkreli gained notoriety in 2015, when he was head of Turing Pharmaceuticals, for increasing the price of a life-saving drug from $13.50 to $750 per pill. However, Shkreli’s conviction stems from his time before Turing, when he managed two hedge funds, MSMB Capital Management and MSMB Healthcare Management. The government alleged that between 2009 and 2012, Shkreli induced investments of around $3 million from eight investors in MSMB Capital and $5 million from thirteen investors in MSMB Healthcare by misrepresenting key facts, including the funds’ performance and assets under management, and omitting key facts, such as significant trading losses at another fund Shkreli had previously managed. Shkreli allegedly also withdrew money from the funds for personal use and produced false performance reports touting profits as high as forty percent. MSMB Capital ceased trading after a series of trading losses in early 2011, and MSMB ceased operating in late 2012. In September 2012, Shkreli notified both funds’ investors that he was winding down the funds, that he had doubled their investments net of fees, and that investors could have their interests redeemed for cash, even though the funds had no money. At trial, Shkreli’s attorney argued that the hedge funds’ investors had not only received all of their money back but made significant profits. END_OF_DOCUMENT_TOKEN_TO_BE_REPLACED

The House has approved major changes to signature aspects of Dodd-Frank. While those changes are unlikely to survive intact, they are certainly worthy of close attention. We’ve studied the nearly 600-page bill so you don’t have to.

On June 8, 2017, the House passed H.R. 10, entitled the Financial CHOICE Act of 2017. Sponsored by Rep. Jeb Hensarling (R-Texas), the bill advances to the Senate after a largely party-line vote, 233 to 186. All but one Republican supported the bill, while all Democrats opposed.

The bill extensively amends the Dodd-Frank Wall Street Reform and Consumer Protection Act, the landmark 2010 legislation passed by a Democrat-controlled Congress in the wake of the Lehman Brothers collapse and ensuing financial crisis.

END_OF_DOCUMENT_TOKEN_TO_BE_REPLACED

The SEC originally brought an administrative action against Mr. Bandimere in 2012, alleging he violated various securities laws. An SEC ALJ presided over the fast paced, “trial-like” hearing, and the ALJ ultimately found Mr. Bandimere liable, barred him from the securities industry, imposed civil penalties and ordered disgorgement.  The SEC reviewed that decision and reached the same result.  Mr. Bandimere, therefore, appealed the SEC’s decision to the Tenth Circuit. END_OF_DOCUMENT_TOKEN_TO_BE_REPLACED

The SEC recently proposed amendments to the proxy voting rules to require parties in a contested election to use universal proxy cards that would include the names of all board of director nominees. This proposed change would eliminate the two “competing slates” cards and allow shareholders to vote for their preferred combination of board candidates, as they could if they voted in person.

The new rules would apply to all non-exempt votes for contested elections other than those involving registered investment companies and business development companies, would require management and dissidents to provide each other with advance notice of the names of their nominees, and would set formatting requirements for the universal proxy cars. As with any newly proposed SEC rule, there will be a comment period of 60 days to solicit public opinion.

Interestingly, the Commission’s vote to adopt the newly proposed rules was a split decision, with Commissioner Piwowar issuing a strongly worded dissent. According to Commissioner Piwowar, the proposed universal proxy rules “would increase the likelihood of proxy fights at public companies,” and would allow special interest groups to “use their increased influence to advance their own special interests at the expense of shareholders.” He also noted that under the new rules, dissidents are only required to solicit holders of shares representing a majority of those entitled to vote, meaning that many retail investors will not receive either the dissident’s proxy statement or disclosures about the dissident’s nominees.

On September 12, 2016, the SEC announced that it had reached a settlement with Jun Ping Zhang (“Ping”), a former executive of a Chinese subsidiary of Harris Corporation (“Harris”), regarding alleged violations of the Foreign Corrupt Practices Act (“FCPA”). The settlement was unusual, in that the SEC declined to also bring charges against Harris, an international communications and information technology company.

END_OF_DOCUMENT_TOKEN_TO_BE_REPLACED

On July 28, 2016, the Delaware Chancery Court allowed claims of unfair dealing against the Board of property management company Riverstone National Inc. to survive where the directors facilitated a merger that forestalled a derivative suit against them.  The court held that by orchestrating a merger that extinguished a possible derivative action, the director defendants obtained a special benefit for themselves.  As a result, the directors were interested in the transaction, thereby rebutting the presumption of the business judgment rule, and triggering application of the “entire fairness” doctrine.

END_OF_DOCUMENT_TOKEN_TO_BE_REPLACED

On June 6, 2016, the Supreme Court of Delaware affirmed a decision of the Chancery Court finding that corporate directors and officers involved in a sales transaction breached a contract with option holders to fairly value their options (see here for a thorough explanation of the Chancery Court decision, and in particular, the Court’s criticism of the retained financial advisers that provided a valuation analysis).  The Supreme Court decision also included a disproportionately lengthy dissent condemning both the Chancery Court’s findings and its reliance on “social science studies” to reach them.

END_OF_DOCUMENT_TOKEN_TO_BE_REPLACED

In a memorandum released on April 18, 2016, the private blood-testing company Theranos – once valued at over $9 billion – announced that it is under investigation by the U.S. Securities and Exchange Commission (“SEC”) and the U.S. Attorney’s Office for the Northern District of California, among other government agencies.  The memorandum did not disclose the focus of the government investigations.  Theranos’ announcement about the investigations comes on the heels of a series of October 2015 Wall Street Journal (“WSJ”) articles critical of the accuracy of the company’s blood-testing methods.  The government investigations into Theranos are not surprising, particularly in light of recent remarks by SEC Chair Mary Jo White (“White”) at a March 31, 2016 address at Stanford University’s Rock Center for Corporate Governance, where White revealed the SEC’s focus on Silicon Valley’s privately held unicorns – private start-up companies with valuations exceeding $1 billion.